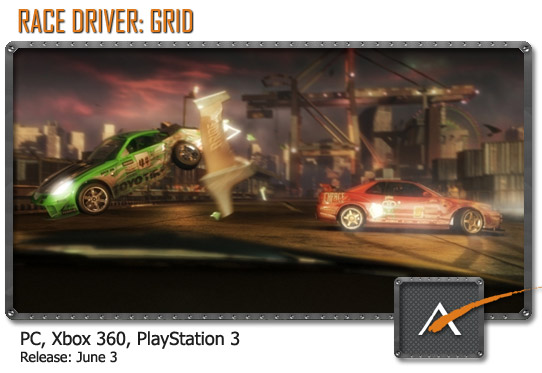 During the first half of 2008, things are looking a bit quiet on the racing front as far as new releases are concerned. The second half doesn't look to be too active either, save for the one or two of the usual suspects that release a new game in a series each year. But if you focus your attention to the year's midpoint, you'll find Race Driver: Grid. From the team at Codemasters that brought us DiRT in 2007 comes a very promising looking racer. Although the game stems from a series, Race Driver has not seen the light of day on consoles or PC since the release of TOCA Race Driver 3 in early 2006. Now sporting a full crash engine that will have parts of your car flying all over the place upon impact, Grid takes you on a solo career initiative to locations in Asia, Europe, and the United States.

Unlike many more recent racing games, Grid's focus will not be on car customization. There's no pimping your ride, so to speak. Instead, the game is all about the racing experience with fully licensed vehicles that can be added to your garage as you progress. While it's totally possible to destroy your vehicle during a race, Grid offers a "flashback" feature that allows you to rewind the race ten seconds before your crash and hopefully avoid what was once certain death. Some may view this feature as a cheat, but it may very well be appreciated during some of the longer races. We can better make that determination when Grid ships in June. 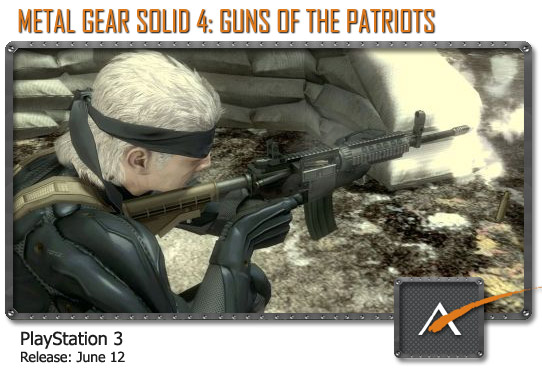 Metal Gear Solid 4, titled "Guns of the Patriots", was announced in 2005, long before the PlayStation 3 hit the market. While many hoped that the new game would be the first of a trilogy in the long running series, the folks at Konami assured us that this was not the case. In fact, Guns of the Patriots was named as the final game in the Metal Gear series. While this may disappoint, the game should not -- it looks incredible.

In Metal Gear Solid 4, hero Solid Snake returns in odd but rare form. As the result of a faulty cloning process, Snake is now aging rapidly with looks that could pass for the father of the Solid Snake we've seen in previous games. The final adventure finds Snake using stealth mechanics and an OctoCamo suit to blend in with his surroundings as he attempts to assassinate long time rival, Liquid Ocelot. Expect to be reintroduced to the many familiar characters that made the series great when the game ships in June. 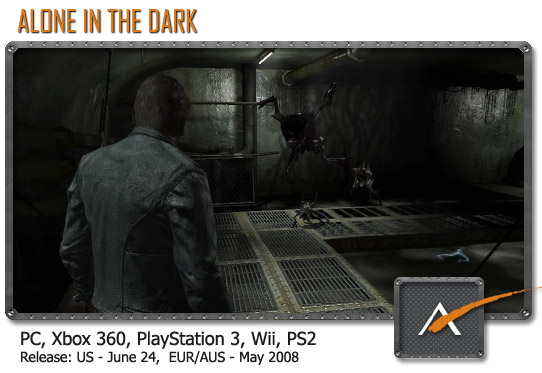 Also slated for a June release is Alone in the Dark. Now here's a title we haven't seen in quite a while. While many believed that The New Nightmare released in 2001 marked the end of the series whose title was synonymous with the survival horror genre, the developers at Eden Studios confirm that this is not the case. Fans that enjoyed Alone in the Dark since its debut on PC in 1992 will be pleased to see the return of protagonist Edward Carnby as he investigates supernatural occurrences that are shaking up New York City's Central Park.

While adventure elements such as puzzle-solving will most certainly make their way into the latest installment, an entirely new way of experiencing the series has been implemented. This time around, the game will be broken up into 30-40 minute episodes. While episodic gameplay is nothing new, it is most commonly offered in separate releases a la Half-Life 2 or Sam and Max. However, in this case, gamers will get the entire saga in a single package. Each episode's cliff-hanger ending will be followed by a quick recap of the events specific to your game and the routes you chose to take on your way through that episode. This seems like a cool feature, but only time will tell if gamers will react favorably or see it as a hindrance to the overall experience. And that time is slowly but surely drawing near. As for me, I have seen this game in action and it certainly has all the elements that should appease fans of survival horror and action junkies alike.