Apple’s A9 SoC Is Dual Sourced From Samsung & TSMC 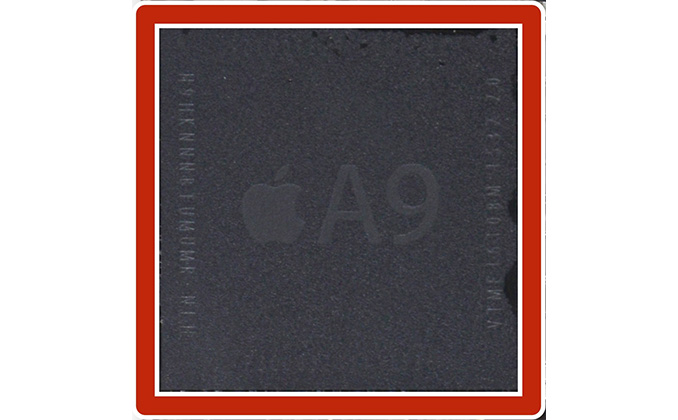 Picking up from our conversation this morning on Apple’s A9 SoC, the crew over at Chipworks has been working hard over the weekend to decap A9 and their first results are in. As it turns out, Chipworks has found chips fabbed by both TSMC and Samsung, which means that A9 is in fact a dual sourced part.

In taking apart iPhones and decapping SoCs, Chipworks has turned up two SoCs. The first, APL0898, is a 96mm2 A9 that’s fabbed by Samsung. The second SoC, APL1022, is a 104.5mm2 SoC fabbed by TSMC. And while Chipworks isn’t naming the specific manufacturing processes used, based on Apple’s comments on a “new transistor architecture,” we’re certainly looking at a form of FinFET. In which case the two chips are made on versions of Samsung’s 14nm FinFET and TSMC’s 16nm FinFET processes respectively.

This development is interesting for a few different reasons. From a fabrication standpoint, Samsung and TSMC have been brawling at multiple levels (technical and legal) to be the first to get a next-generation FinFET process out the door, with Samsung ultimately winning that battle when they shipped the 14nm Exynos 7420 for the Galaxy S6 family. For TSMC on the other hand this is as far as we know the first consumer product released with a 16nm TSMC fabbed part, indicating that TSMC is finally able to ship such parts in a reasonable volume.

More importantly, this is a huge move for Apple, and one we admittedly don’t have all of the facts about at this time. Dual sourcing parts is by no means a new concept – IBM requiring a second source of x86 chips is how AMD got started in the x86 industry, after all – but in more modern times dual sourcing of high performance parts is very rare due to how difficult and expensive it is. With dual sourcing essentially requiring the chip to be taped out twice – once for each fab – it requires significant financial and engineering resources, a cost that not very many companies besides Apple can take on without significant risk.

The big hurdle with dual sourcing a part such as a cutting-edge SoC like A9 is that unless the source fabs have designed their processes to be near identical – to form a common foundry specification – then different fabs will have different processes with different characteristics. This in turn is determined by the technical decisions a fab made in research and development, and the specific issues the fab ran into when bringing up the new process. The end result being that while two fabs can turn out chips based around the same design, those chips will not be identical. It’s this kind of inconsistency that chip customers like Apple have to tackle head-on if they want to go with dual sourcing.

Even at a physical level we can see this inconsistency right away in terms of die sizes. Despite the TSMC and Samsung processes being quite similar, the Samsung A9 is the smaller of the two by 8%, which as Chipworks notes is indicative of better density on Samsung’s 14nm node. What we don’t see, and the issue Apple really has to control for, is power consumption. Right now it’s a safe assumption that both chips can reach Apple’s required clockspeeds, so in order for Apple to utilize both in the iPhone 6s they need to make sure both perform as identically as possible, especially when it comes to idle power leakage and power consumption at different clockspeeds. The billion dollar question right now is whether either of the A9s is consistently better than the other one, and in which case by how much. For Apple it’s best that these chips are identical as possible – and they can make design choices when taping out the chip for each fab to help ensure this – but at the end of the day even Apple has to bow down to the laws of physics.

But the biggest unknown right now is why Apple would do this given the difficulties involved; to develop two A9s at twice the price. We can certainly speculate on reasons they would do this – yield issues at a fab, a desire to avoid putting all of their eggs in one basket and giving one fab too much power, or even just wanting to ramp up A9 production quickly by doubling the number of fabs working on it. But at the end of the day I don’t expect that’s a secret that will be known beyond the halls of One Infinite Loop, so speculation is all we have to work with for now. 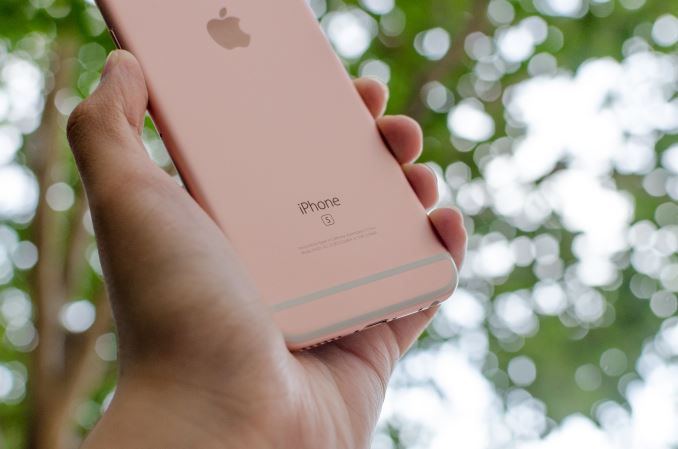 In any case, if Apple has done their homework then dual sourcing A9s shouldn’t have an impact on average consumers, beyond perhaps ensuring that Apple has a sufficient supply to meet demand (ed: Apple sold 13mil iPhones in their opening weekend). Otherwise for techies, things are both more interesting and frustrating; just dual sourcing A9 makes an interesting product since this is something we almost never see done these days. As for the billion dollar question of which A9 is better, that will be a tossup. With enough time, effort, and a very large number of iPhones, it should be possible to coarsely determine if the A9s significantly differ in battery life, and thereby power consumption. However given the difficulties in taking an iPhone apart to access the A9, one would really need a software identification method to really make use of this information.