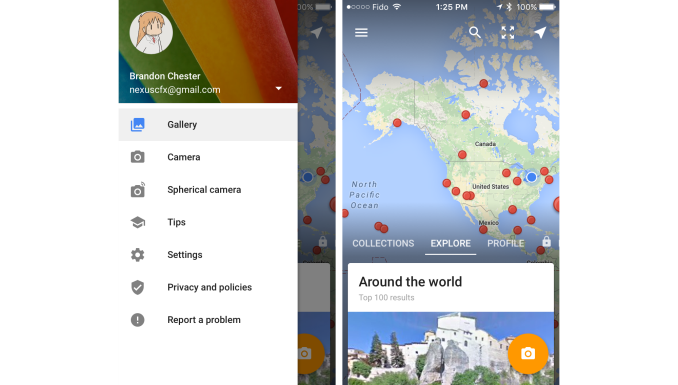 Today Google introduced a new Street View application for iOS and Android. Due to the differences between Google's app offerings on iOS and Android it's a bit confusing to describe what this app is replacing. On Android it simply serves as an update to the existing Street View for Maps application that was part of Google Maps. On iOS it actually replaces the Google Photo Sphere application, which was the only way for iOS users to take photo sphere pictures as they didn't have access to the Google Camera application that exists on Android.

The new application really just serves as a portal for users to look around the world at different street view photos. I haven't yet received the Android update as it's still rolling out, but my Photo Sphere app on iOS has updated and based on Google's blog post the interfaces for both are essentially the same. On both Android and iOS the app now integrates a camera for taking Photo Sphere pictures, and it encourages users to take them and add them to Google maps for other users to see. There's also support for hooking up an actual spherical camera to take more professional level images than your phone would.