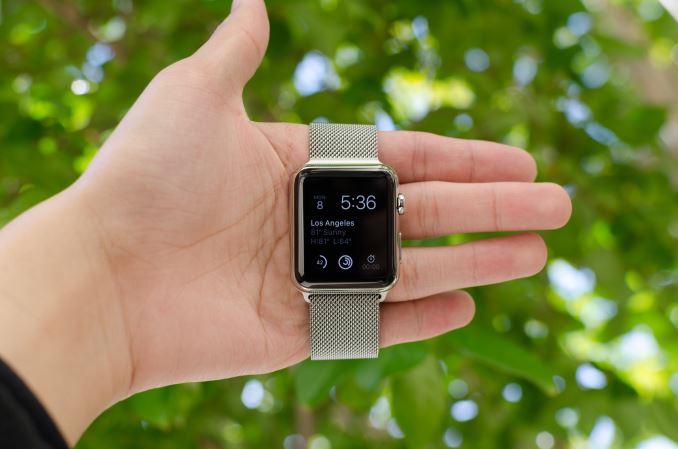 Prior to the launch of the Apple Watch, there had been rumors that Apple would make a watch for quite some time. In a broader sense, the wearables industry has become an area of significant interest as the next growth market after devices like tablets and smartphones as the high-end market became saturated and much of the growth that previously existed in the mobile space started to level out. This has resulted in a new alignment of markets and technology; the markets are ripe for a new device to recapture the wild growth of smartphones, and in the 8 years since the launch of the iPhone the inexorable march of Moore's Law has seen another 4 generations of improvements in technology. This time is finally right, it seems, to take a crack at something even smaller and more personal than the smartphone: the watch. 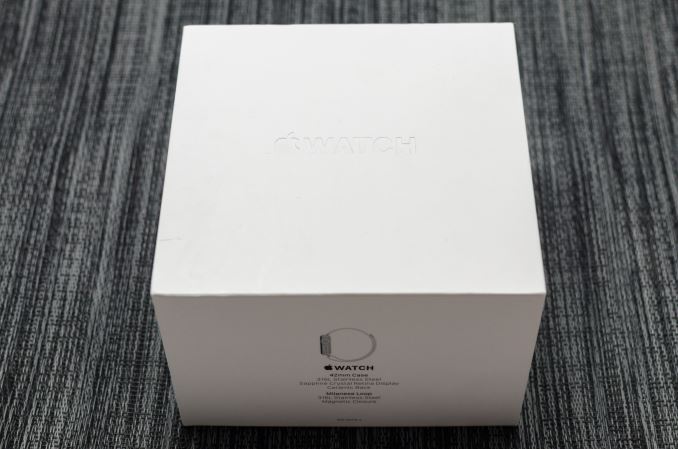 About two years ago, we put out our first wearable review, which examined Samsung’s Galaxy Gear. In the time since then, Android Wear has been launched, with numerous OEMs launching some form of wearable using Google’s wearable OS. However, Apple remained curiously absent from the field despite numerous rumors suggesting that Apple would soon launch a wearable. Last year, Apple announced the Apple Watch, but it wasn’t until just a few months ago that it finally went on sale. 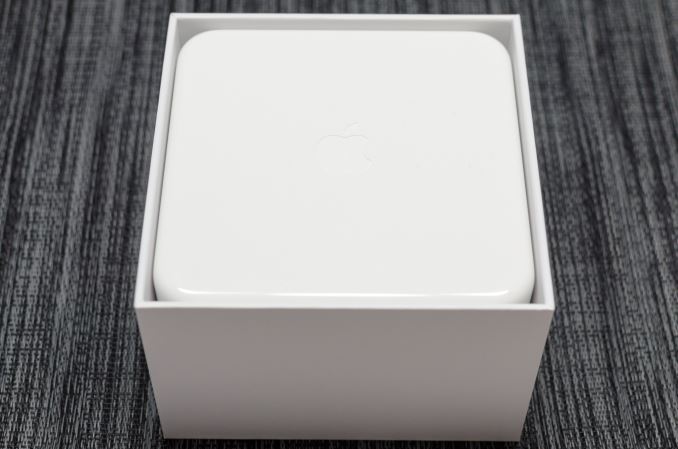 Consequently, Apple didn’t get a first-movers advantage getting into wearables, though it remains to be seen whether that would even matter. As the creator of the iPhone and frequently on the cutting edge of technology and design, Apple had enough good will with the public to be late, and at the same time with all eyes on them they could not afford to screw up. The end result is that though by no means a slight towards Apple’s competitors, there is a clear distinction between everything that has come before the Apple Watch and everything that will come after. For the consumer market as a whole, the launch of the Apple Watch signifies that wearables have moved beyond the early adopter phase for techies, and are now being pitched at (and purchased by) the wider consumer market. 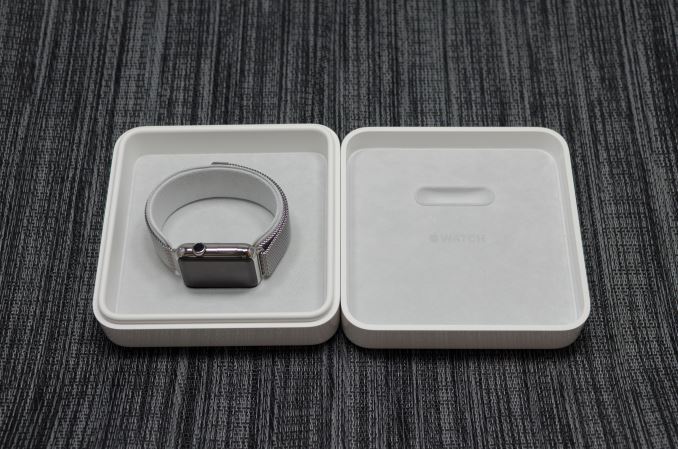 Normally, it’s easy enough to jump straight into what the device is and what’s new about said device, but in the case of the Apple Watch it’s really important that we explore the world in which this watch exists. The world is divided into people that wear watches, and people that don’t. Apple faces the distinct problem is trying to sell to both audiences, which have very different desires from a watch. The people that already have watches don’t want to give up the almost infinite battery life of conventional watches, high levels of water resistance, or anything else that is an accepted standard for watches. 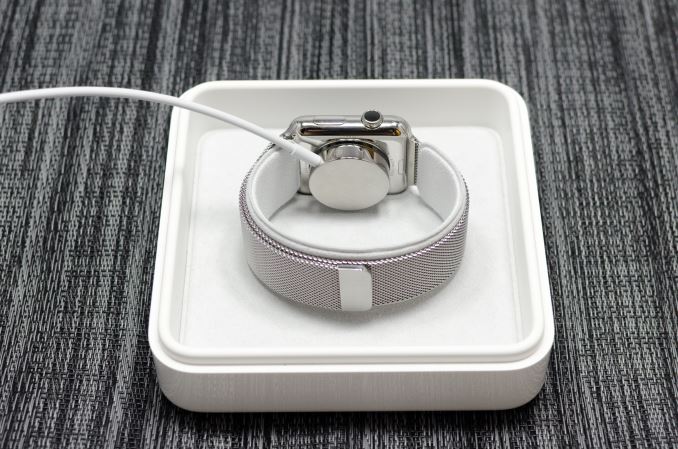 The people that don’t wear watches are probably the closest thing to a clean slate that we’ll get when it comes to the wearable market. On a personal note, I fall into this camp, as I pretty much grew up in the age of widespread cellphone adoption. One of the convenient things about a phone is that they usually have the time on them, along with alarm and timer functionality. For me, this effectively meant that there was no point to wearing a watch. I also tended to have problems with the logistics involved in wearing a watch. In general, wristbands had an amazing tendency to either be too tight or too loose no matter how I adjusted the band. These issues were also compounded with any sort of physical exertion, as sweat tended to collect under the band which made wearing a watch noticeably more uncomfortable. These ergonomic issues, combined with the lack of functionality in a watch, ultimately made me stop wearing watches. Even before cellphones, wall-mounted clocks were more than sufficient for me when it came to checking the time, although I suspect I was far too young for time to really matter all that much. 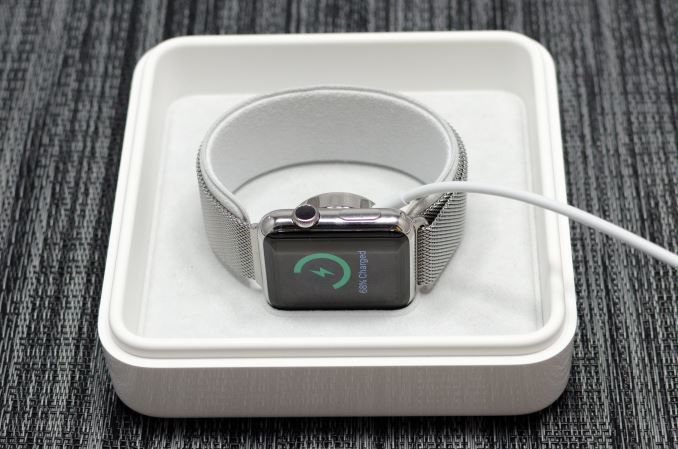 Of course, I have been trying out various wearables over the course of the past few years. Although I didn’t try LG’s G Watch, I have been able to use the Pebble Steel and Motorola’s Moto 360. However, it was really a challenge for me to find anything to say about these wearables. They could definitely tell the time, and they had some extra functionality, but many of the same problems remained. The wearables I tested just weren’t all that comfortable to wear, and due to some technology limitations both weren’t really all that compelling to use. They could manage notifications, but other than that I found the functionality to be rather lacking. I often would forget to put them on at all before setting out for the day, and when I did I didn’t feel any particular need to go back to put it on my wrist. After a few months, I completely forgot about these wearables and stopped wearing them. At the time, I honestly felt like wearables could end up being another passing fad because it seemed most wearables faced similar barriers in terms of getting people to keep wearing them. Wearables like Fitbit suffered from a pretty significant abandonment rate, and given that I did the same for both the Pebble Steel and Moto 360 it increasingly felt like this would be a persistent problem. 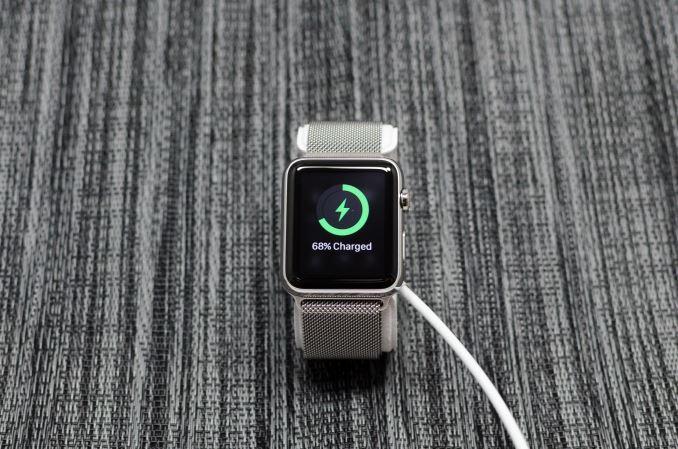 In this context, it seems easy for Apple to fail. Generally speaking, no one has really figured out how to solve the problem of wearable adoption, chiefly because the functionality offered often wasn’t very compelling, and broadly speaking these wearables were often not well-designed. One of the first places we can start with the Apple Watch is the spec sheet. We can speak in empty platitudes about how specs don’t matter, but in the case of something like Apple Watch they definitely will. The right components won’t ensure success, but the wrong components can ensure a poor user experience.

As we can see, Apple has elected for some relatively conservative specifications. The SoC is relatively low power in nature, and the amount of RAM is probably about right for the kinds of tasks that a wearable will be used for at this time. The display is also of a decent resolution given the display size, and all the necessary wireless connectivity is present. It is notable that Apple is using a relatively small battery, but I suspect that this is necessary in order to fit all of the hardware into the casing of the watch. At least at a high level, it looks like Apple has put the right components into this wearable. However, it's going to take a deep examination of both technology and design to really figure out if Apple has avoided the pitfalls that I've discussed. One of the first and most obvious places to go first is the industrial and material design, which is what we'll talk about next.