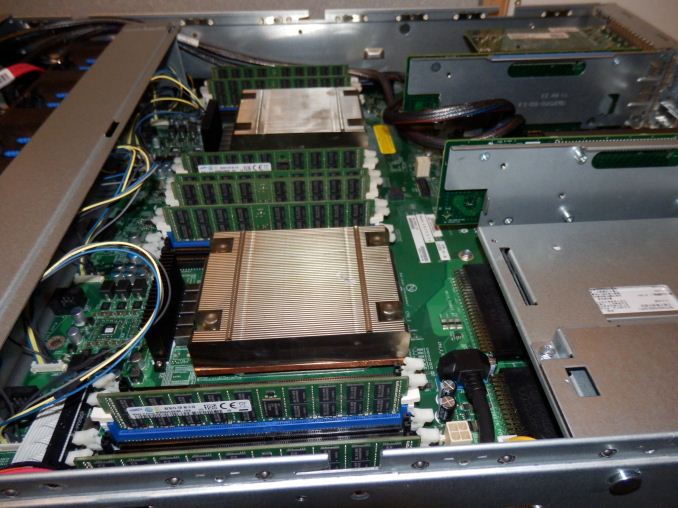 Simply put, the new Intel Xeon "Haswell EP" chips are multi-core behemoths: they support up to eighteen cores (with Hyper-Threading yielding 36 logical cores). Core counts have been increasing for years now, so it is easy to dismiss the new Xeon E5-2600 v3 as "business as usual", but it is definitely not. Piling up cores inside a CPU package is one thing, but getting them to do useful work is a long chain of engineering efforts that starts with hardware intelligence and that ends with making good use of the best software libraries available.

While some sites previously reported that an "unknown source" told them Intel was cooking up a 14-core Haswell EP Xeon chip, and that the next generation 14 nm Xeon E5 "Broadwell" would be an 18-core design, the reality is that Intel has an 18-core Haswell EP design, and we have it for testing. This is yet another example of truth beating fiction. 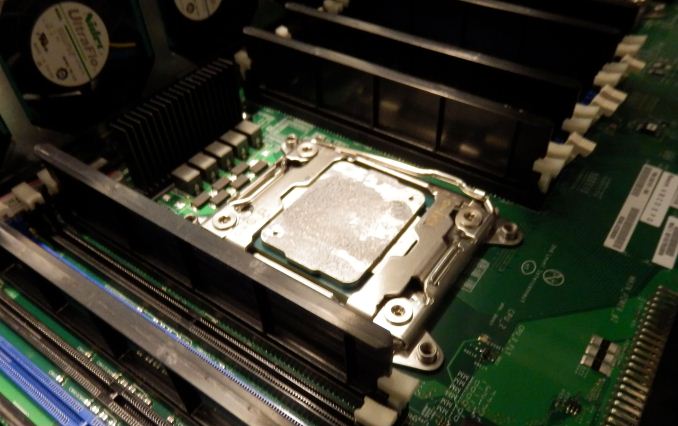 18 cores and 45MB LLC under that shiny new and larger heatspreader.

The technical challenge of the first step to make sure that such a multi-core monster actually works is the pinnacle of CPU engineering. The biggest challenge is keeping all those cores fed with data. A massive (up to 45MB) L3 cache will help, but with such massive caches, the latency and power consumption can soar quickly. Such high core counts introduce many other problems as well: cache coherency traffic can grow exponentially, one thread can get too far ahead of another, the memory controller can become a bottleneck, and so on. And there is more than the "internal CPU politics".

Servers have evolved into being small datacenters: in a modern virtualized server, some of the storage and network services that used to be handled by external devices are now software inside of virtual machines (VMware vSAN and NSX for example). In other words, not only are these servers the home of many applications, the requirements of these applications are diverging. Some of these applications may hog the Last Level Cache and starve the others, others may impose a heavy toll on the internal I/O. It will be interesting to see how well the extra cores can be turned into real world productivity gains.

The new Xeon E5 is also a challenge to the datacenter manager looking to make new server investments. With 22 new SKUs ranging from a 3.5GHz quad-core model up to an 18-core 2.3GHz SKU, there are almost too many choices. While we don't have all of the SKUs for testing, we do have several of them, so let's dig in and see what Haswell EP has to offer.