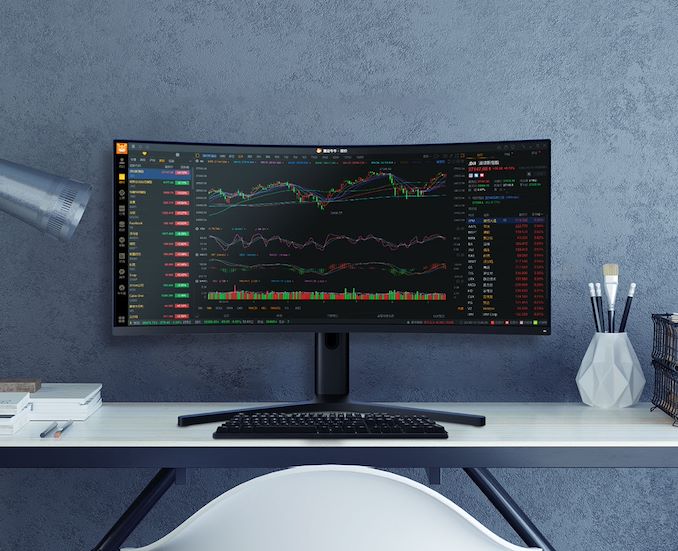 This week Xiaomi launched a whole lot of different consumer goods in its European and other markets, amongst which was the new Mi Curved Gaming Monitor. The new monitor is a 34” WQHD ultra-widescreen unit supporting refresh rates of up to 144Hz, notably undercutting the competition at a price point of only 399€. 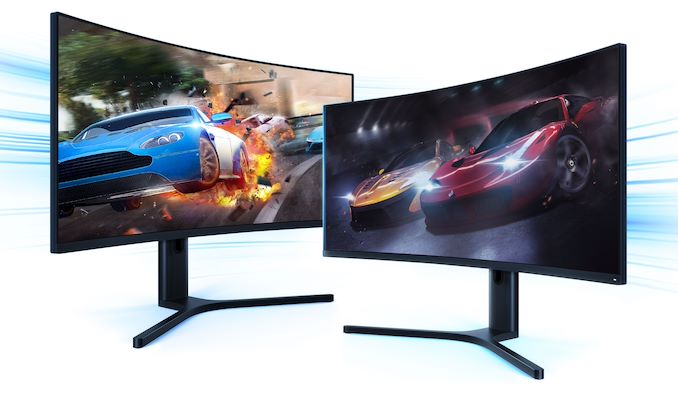 Whilst most monitors of this class come at quite steep price points, the new Xiaomi panel’s feature set focusing on the basics of the monitor means that it can offer some extremely good value. The 34” panel comes at a resolution of 3440 x 1440 and is of a VA type that is speculated to be manufactured by Samsung Display. As with other such VA panels we see a 3000:1 contrast ratio which should offer deeper blacks than other display technologies besides OLEDs and locally dimmed backlight monitors.

The curvature lands at 1500R which means it gives you an immersive field-of-view without too much of an exaggeration. The monitor’s design is minimalistic and has minimal bezels on the top and sides, with only a thicker design for the bottom bezel. 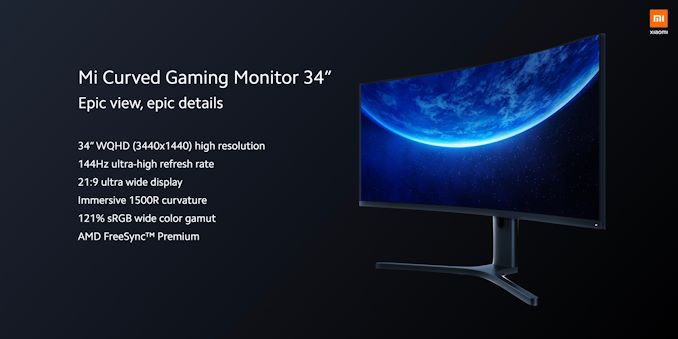 The one thing missing from the monitor’s spec sheet is any kind of HDR support, given the monitors limited brightness of only up to 300cd/m² - one of the only real compromises of the hardware. It has a wide colour gamut support of up to 121% of sRGB coverage.

In terms of I/O, the monitor features two DisplayPort 1.4 ports as well as two HDMI 2.0 ports, which actually makes it quite versatile in terms of input abilities as it allows for window modes with left/right split or even a picture-in-picture setup. There’s also support for FreeSync – although at an undisclosed refresh rate range. 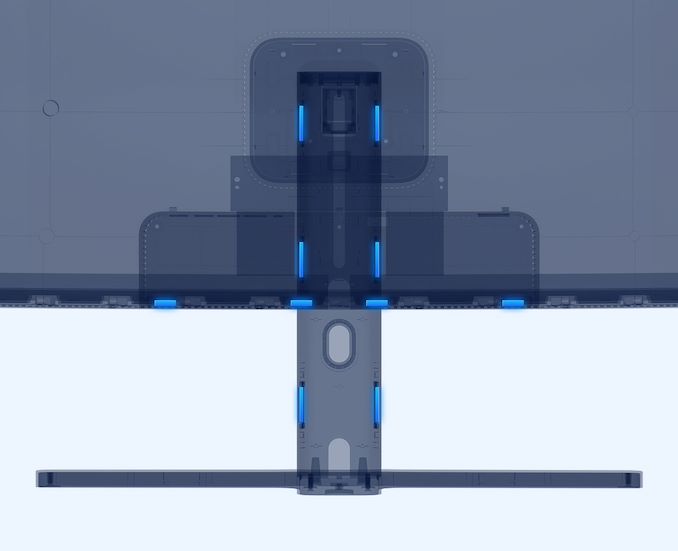 It lacks any USB connectivity and only has a 3.5mm audio jack as an extra connector. The power supply is integrated into the monitor with a standard AC connector having to be plugged into it.

Xiaomi says the stand and back support is easily removable with magnetic holders, secured only by an easy-remove latch. The stand is adjustable in height, swivel and tilt, and can be removed completely in favour of a 100 x 100mm VESA mount, for which there’s included extra spacer bolts and screws.