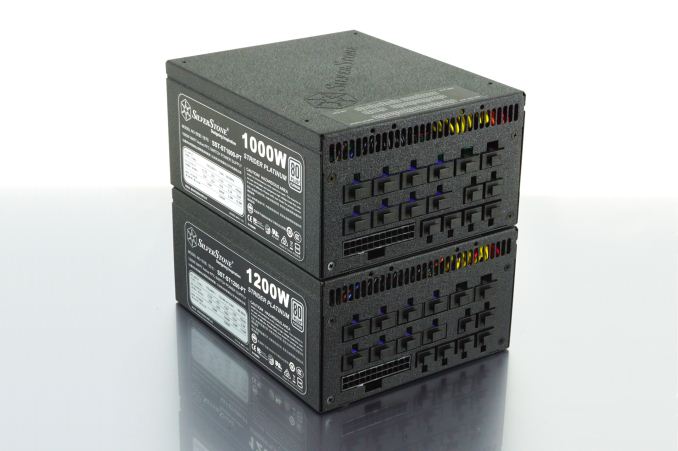 SilverStone is one of the most reputable PC chassis and PSU manufacturers, known for their focus on small form factor (SFF) and micro-ATX designs. We have reviewed numerous of their SFX PSU in the past, ranging from the cost-effective ST30SF/ST45SF to the monstrous SX800-LTI with the 0.76kW/l power density. SilverStone also produces several compact cases that do support ATX PSUs but are of limited proportions, leading the company to research methods to reduce the size of their ATX PSUs as well.

Today we're taking a look at the Strider Platinum PSU series. The entire series consists of six units, with outputs ranging from 550 to 1200 Watts. We had reviewed the least powerful model of the series two years ago, before the series was expanded  with the now two most powerful units of the series, the ST1000-PT and the ST1200-PT, which have a maximum power output of 1000 and 1200 Watts respectively. The SilverStone Strider Platinum are a reasonably-priced upgrade over the Strider Gold S for high-end gaming and workstation PCs, yet more cost-effective than the grand SilverStone Strider Titanium series.

SilverStone supplies the Strider Platinum units inside a very sturdy cardboard box. The artwork is subtle, focused on black/platinum coloring and a picture of the PSU itself. The detailed information regarding the features and specifications of the units is printed on the sides and rear of the box. Inside the box, the PSUs are well-protected between thick packaging foam pieces. 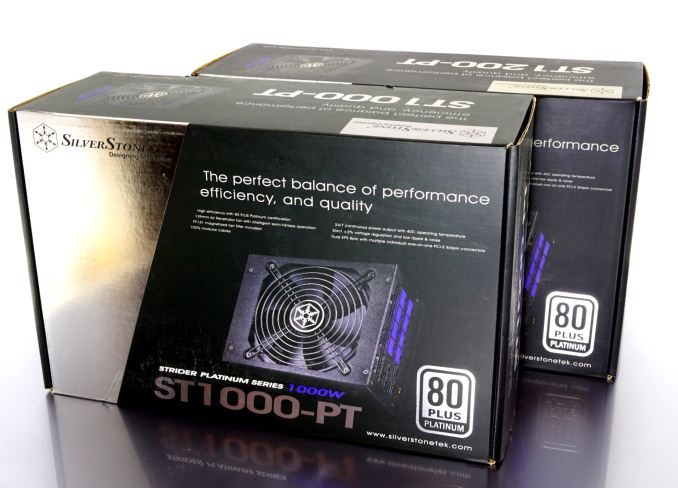 The company supplies a relatively rich bundle along with their SilverStone Platinum units. Both the ST1000-PT and the ST1200-PT share the exact same bundle. Inside the box, we found a very detailed user's manual, a regular AC power cable, black cable ties, black long cable straps, a set of black mounting screws, a set of black thumbscrews, and a magnetic nylon fan filter. The fan filter is meant to protect the PSU from dust but it can be placed anywhere on the case if the PSU's compartment already features a filter. 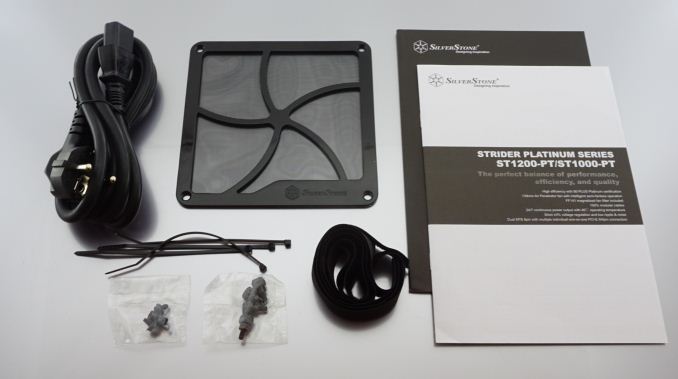 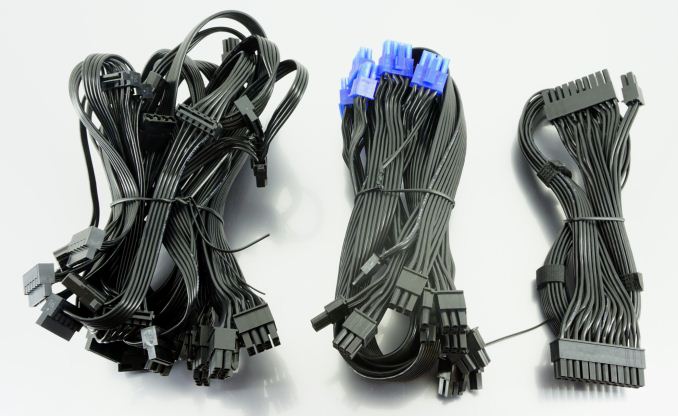