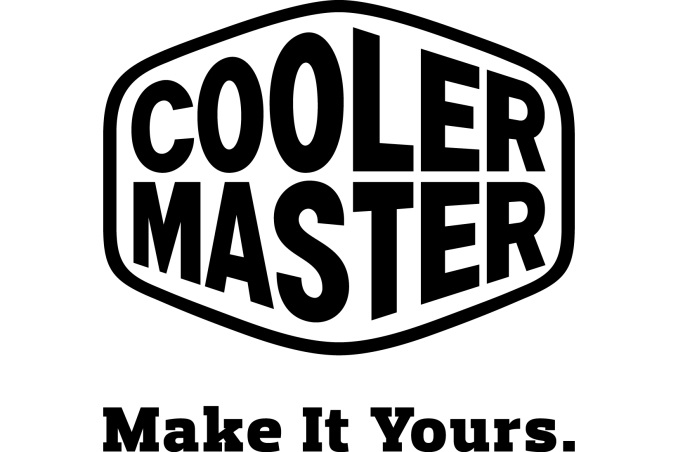 LAS VEGAS, NV — CoolerMaster has announced their new case lineup for 1H 2018 with the addition of several new cases across their MasterCase, MasterBox as well as updating their popular Trooper SE and Stryker SE cases.

The MasterCase H500M is a mid-tower case equipped with two different front panels allowing the users to switch between a mesh styled panel, or a combination mesh and tempered glass panel depending on your preference for looks, or function. The mesh front panel includes two 200mm addressable RGB fans designed for maximum airflow while the tempered glass option more compliments the aesthetics.  There is a windowed PSU cover, cable covers, and support for radiators up to 360mm. The front panel IO comes equipped with a USB Type-C port, presumably USB 3.1 (10 Gbps), four USB 3.0 ports and two 3.5-mm jacks. 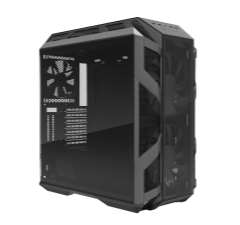 CM has also launched a new line named the MasterCase MC-Series which is an even further developed line of cases that is said to offer more freedom for layout flexibility. The new MasterCase MC500M and MC500Mt models come with an RGB partition plate. The RGB partition plate will also be available as an accessory as well so users can upgrade the standard steel partition plate in other models with the new RGB version. Each model has a light grey tinted tempered glass side panel as well as additional upgrades on specifications such as IO panel functionality (like adding a USB Type-C port) as well as cable covers. All MC-Series cases will also have 360mm support brackets for a front radiator. 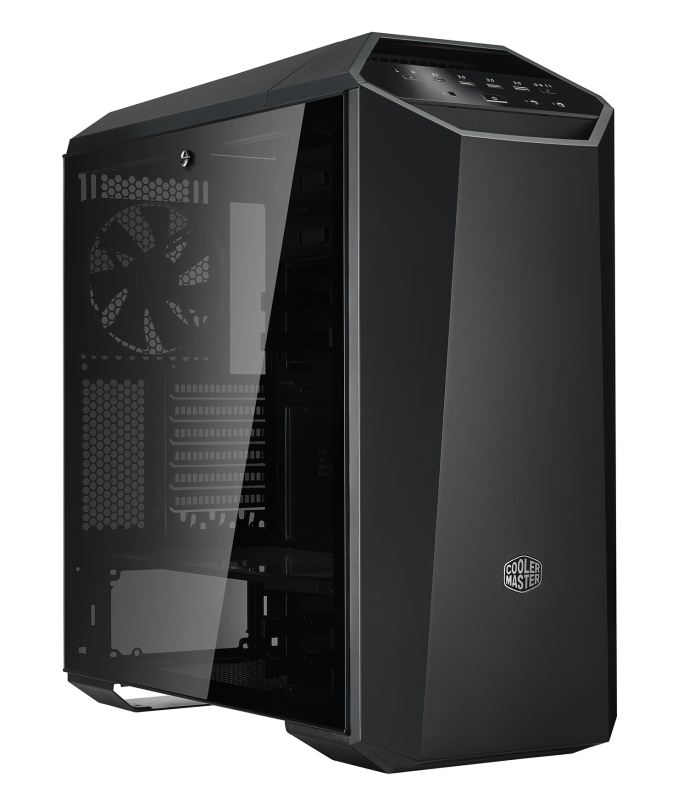 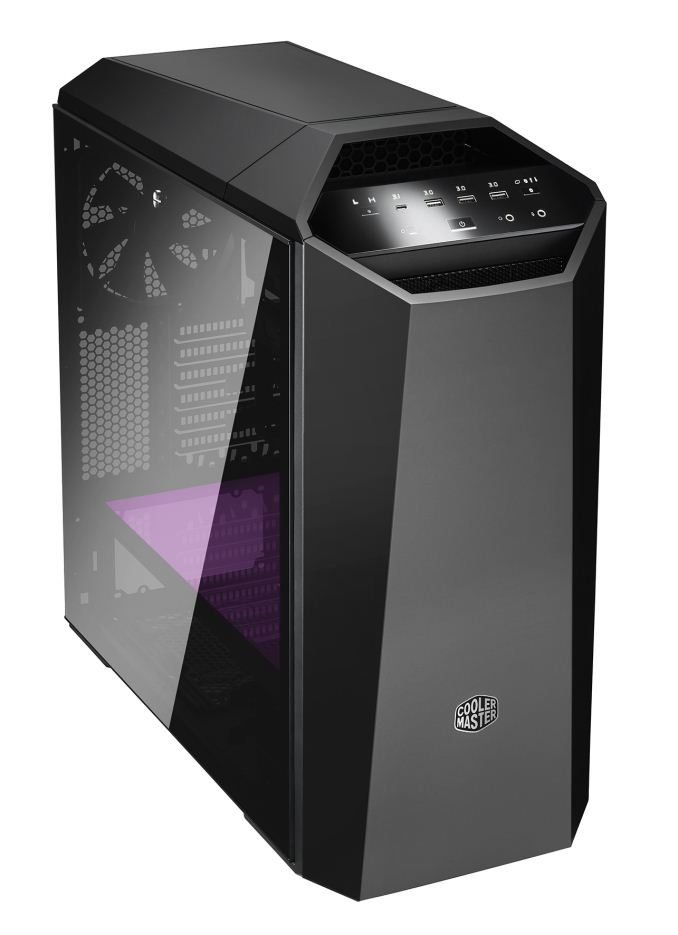 The next cases CoolerMaster has in store for us are also part of a brand new series named MasterBox Q series. The Q300P is a portable option in the mini-tower space alongside their existing MasterBox Lite series currently occupying that space. CM says the Q300P and Q300L are small in size but excel in functionality and modularity without compromising thermal performance. The case has four removable handles and the DarkMirror front panel and top panels make for easy transport.  Due to the cube design of the frame, the case can be rotated into multiple positions. With that, the IO panel can be moved to six different locations, with three options on each side of the case. It comes with two RGB fans installed in the front of the case. CoolerMaster says the Q300L is the simpler option in the lineup and includes a special pattern design on the magnetic dust filter for a unique design aesthetic. 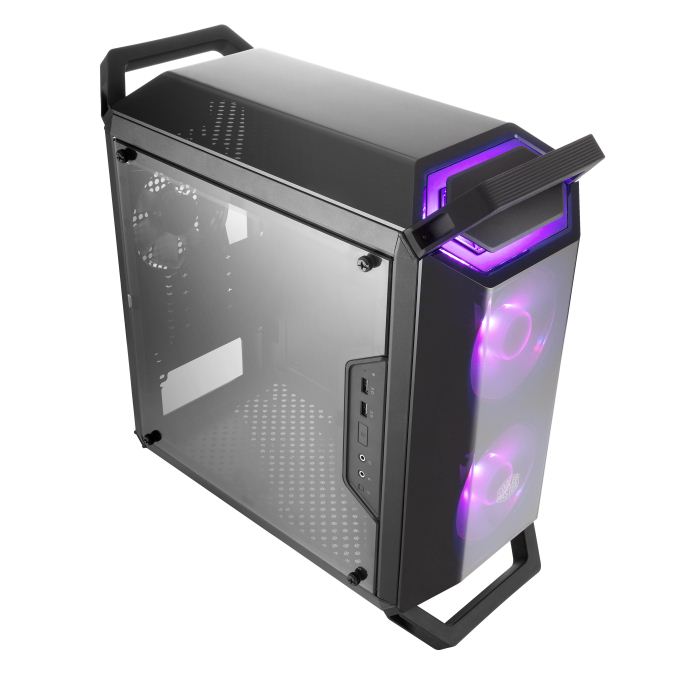 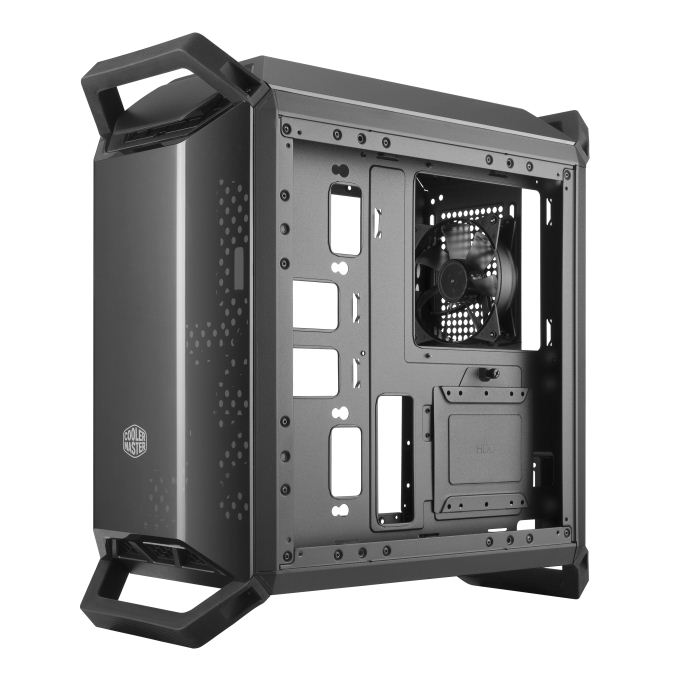 The MasterBox MB500 and TD500L, new to MasterBox series, is a case designed with a two chamber design with a semi-mesh front panel. It has ventilation on top in order for air to easily reach the two pre-installed 120mm RGB fans in the front (one in the rear). CM says the MB500 has excellent thermal performance and its aggressive styling makes it a good choice for gamers and enthusiasts. It will support up to a 360mm radiator, up to a 400mm long graphics card, 160mm tall CPU cooler, and 180mm length PSU. The 4mm thick tempered glass side panel reaches from edge to edge showing off the hardware inside. 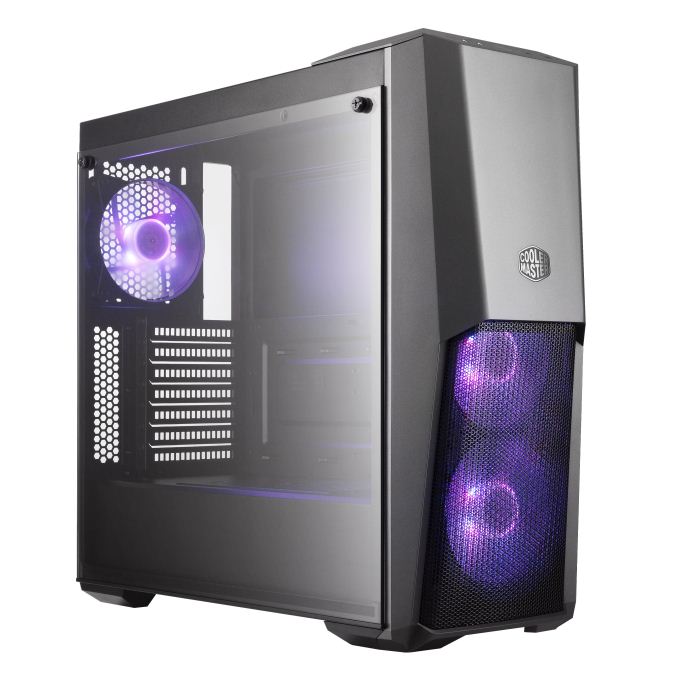 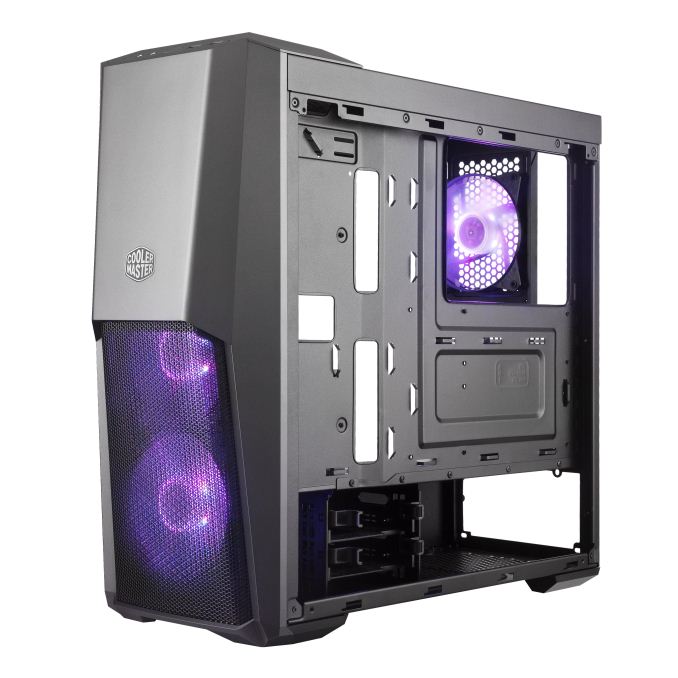 The MasterBox TD500L also has a uniquely shaped edge to edge side panel said to create special lighting effects from different viewing angles and also gives users a clear view of the parts inside. The interior is all black which will fit almost any theme while the PSU cover and 19mm of space behind the mainboard tray provides space for cable management. The MB TD500L is able to hold up to six 120mm fans and provides space mounting radiators in the front, top, and rear. GPU support is up to 407mm which will fit most and video card I can think of.

Last but not least, the popular Trooper and Stryker series cases from the long-standing Storm series of cases also receive an update. There is an edge to edge light grey tinted tempered glass side panel, as well as two additional PCIe slots at the rear, will not give users the option to mount their graphics cards in a vertical position. Both chassis will mount of up to four SSDs in a vertical position as well. The Trooper and Stryker SE refresh, equipped with the X0Dock, give users an easily accessible external 2.5-inch storage hot swap bay for quick and easy drive swaps. Cooling support for the cases will have support for up to a 306mm radiator in front, and a 240mm on the top along with a fan speed controller and LED indicator to adjust performance as needed. 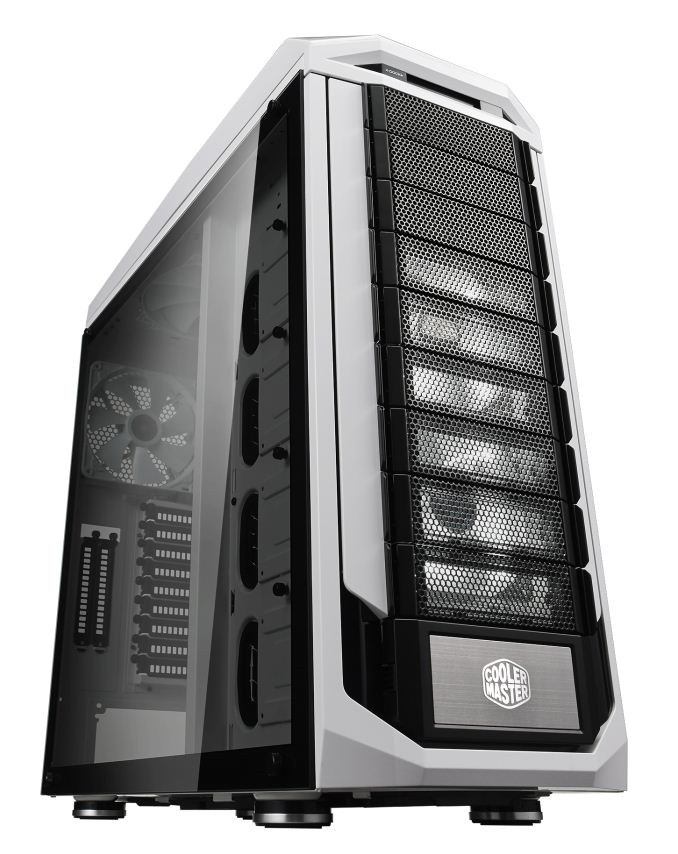 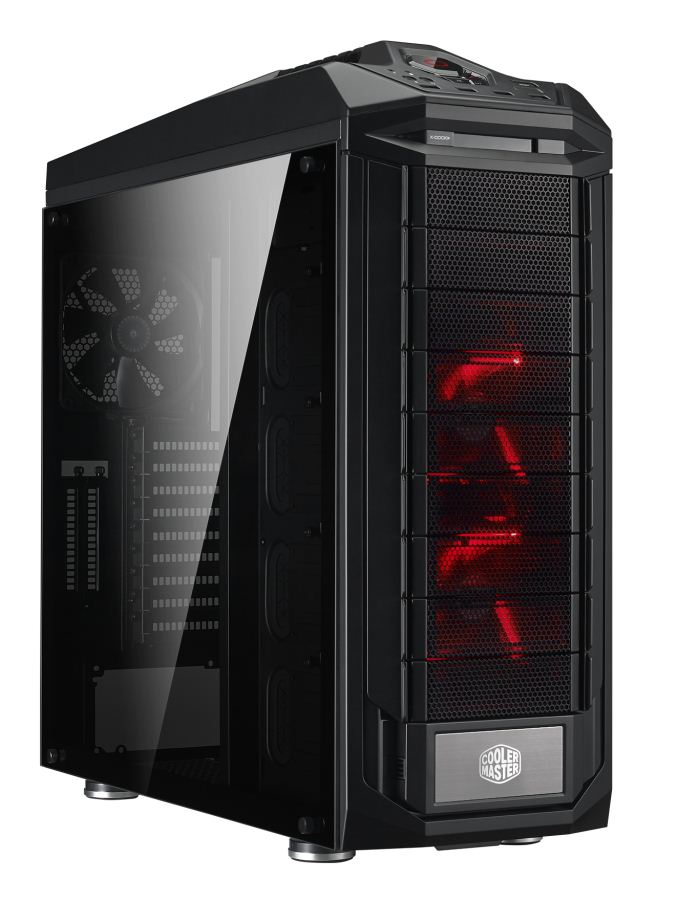 Pricing was not mentioned for anything listed here while availability will be 1H 2018. We have reached out to CoolerMaster for additional information.