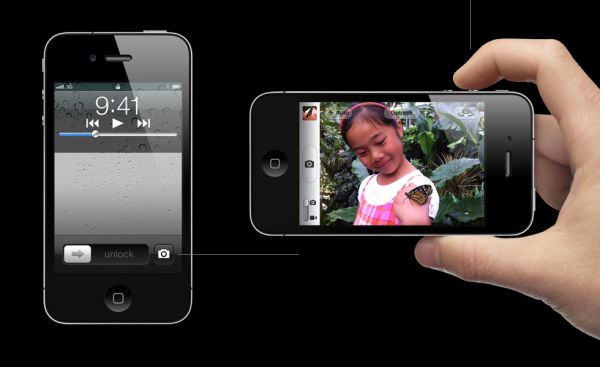 The iPhone 4's camera hardware is one of the best in a smartphone today, but the same cannot necessarily be said of the Camera app. Once again, iOS 5 to the rescue: there's now a Camera button on the Lock screen that you can invoke by double-tapping the Home button, making it easier to capture spontaneous moments, and you can now take pictures with the volume up button as well as the button on the touchscreen. For security reasons, you'll still need a passcode to share it with anyone or see old photos. If you want, you can also invoke grid lines to help with your photo composition. Camera also gets some simple editing features, including redeye reduction, cropping, rotating, and some thing called one-click enhance, which will eliminate some of the guesswork for novices.

Mail also gets some minor enhancements, including rich text formatting, indentation control, dragging addresses between fields, flagging, and the ability to search the body of messages. On the iPad, iOS 5 also brings a Swipe to Inbox gesture, and enterprise customers gain support for S/MIME message encryption. 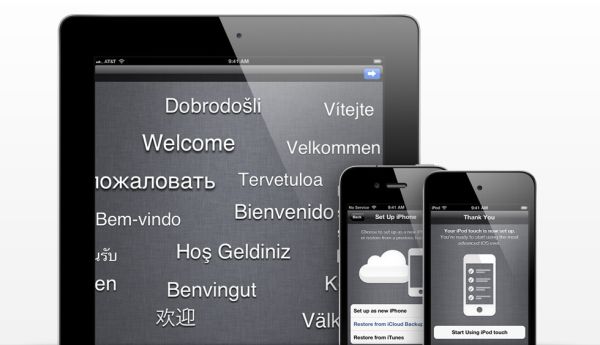 And here, at the unassuming number eight, Apple talked about the innovation that iOS needs the most: They're calling it PC Free, and as you might guess, it removes the need to tether iOS devices to a computer, finally putting the “Post-PC” in Post-PC era. Of course, Apple didn’t mention the fact that their competition has supported this feature, you know, for awhile.

When you first remove an iOS device from the box, a setup screen will now walk you through configuring it. Updates to iOS can now be delivered wirelessly, and it's worth noting that they’re also Delta updates,  meaning that you’ll now download just the patch instead of a patched copy of the full OS. Apple is making a conscious effort to remove reasons to go back to the PC for anything, and I think that's the platform's (and, indeed, the form factor's) next frontier. 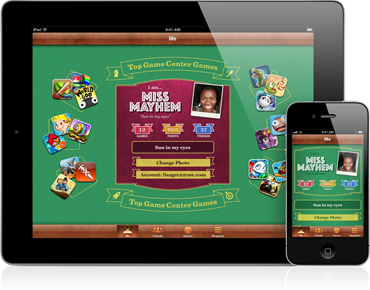 After the announcement of PC Free, Game Center seems like small potatoes, but we sometimes forget about the hurt that Apple is putting on Nintendo, Sony, and Microsoft with its line of accidental gaming devices. Since its introduction in iOS 4.1, Game Center has accumulated more than 50 million users.

As with Newsstand, Game Center offers games a place to be noticed apart from the rest of the App Store apps, which should help some with their visibility problems. Apple has also added photo sharing and native support for "turn-based" games like Words with Friends. 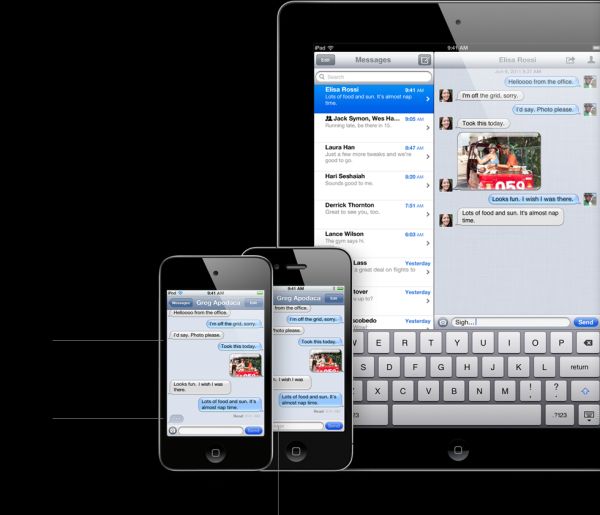 The last of Apple's ten iOS 5 features is a bit of a blast from the past. Using the same basic layout as the iPhone Messages app, iMessage enables the sending of text, photo, and video messages between any device running iOS 5. You can also see whether the person on the other end is typing (takes you back to your AIM 6.0 days, doesn't it?), and get a read receipt that tells you whether the person on the other end has gotten your message. It will push messages to all of your iOS 5 devices, it support secure message encryption, and it works over 3G and Wi-fi.

There were plenty of other, smaller features that were brought up amidst the ten that were focused on, and they're all welcome additions to the OS: A built-in, OS-wide dictionary allows the checking of any definition from any app. A new split keyboard can be invoked to reduce hand strain for those who type with their thumbs. Devices can now sync wirelessly with iTunes. It's all stuff that makes iOS better than it is today, and it all goes a long way toward Apple's obvious goal for iOS 5: To replace your PC or Mac.

Apple (and every tech pundit under the sun, really) has been quick to declare this a "post-PC era" in which PCs become a less important part of our digital lives, but this message has been muddied by the fact that every iOS device up until now has needed a standard PC or Mac to get started. Even if you downloaded every song or app afterward to the device without syncing to iTunes, you'd still need to dig out the USB cable to perform software updates or backups, and iOS 5 finally removes that requirement.

I know I'm not quite there yet, personally, but there are many users who don't need anything beyond what an iPad offers - the ability to watch videos, listen to music, check email and browse the Web. That's just about everything you can feasibly get done on a $500 PC these days, and the iPad offers a way forward that requires less maintenance, space on a desk, electricity, and general fuss than does a traditional PC. I'm excited about iOS 5 mostly because it seems to signal the end of the beta test for the "post-PC era" - we know that smartphones and tablets are great supplements to PCs and Macs, now let's see how they do as replacements.