To begin with, we are having a look at the Fera 5 with the Fluctus 120 mm fan running at its maximum speed. 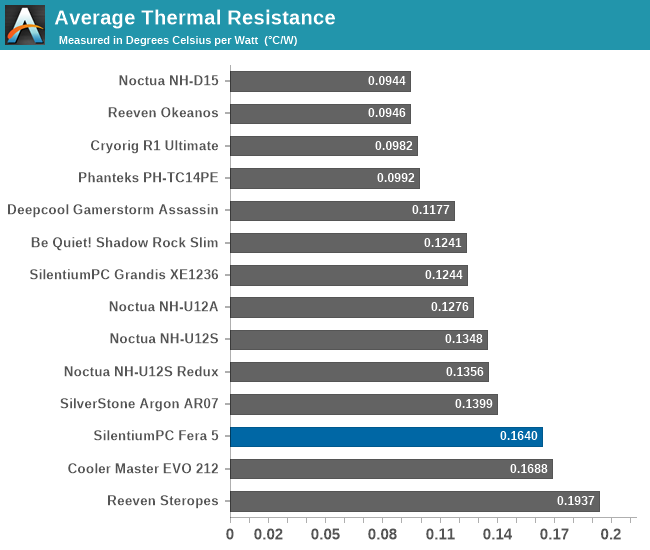 Despite its compact proportions, the SilentiumPC Fera 5 performs surprisingly well when it has to dissipate low to medium thermal loads. The average thermal resistance of 0.1640 °C/W is about what we'd expect for a mainstream cooler, with the direct heatpipe design giving the Fera 5 an edge when having to cope with low loads. This, in turn, also allows it to rival the performance of much larger and more expensive products at those low loads. However, if the thermal load is high, the cooler is betrayed by its low mass and falls far behind most tower coolers. 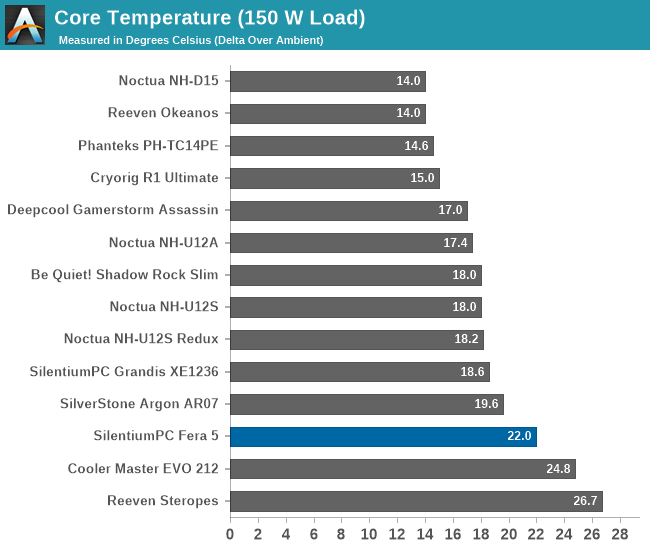 SilentiumPC is strongly focused on delivering good acoustics and the Fera 5 performs exceptionally well in that aspect. Although the Fluctus 120 mm fan is clearly audible when running at its maximum speed, the noise pressure figures are relatively low and should not bother the vast majority of users. 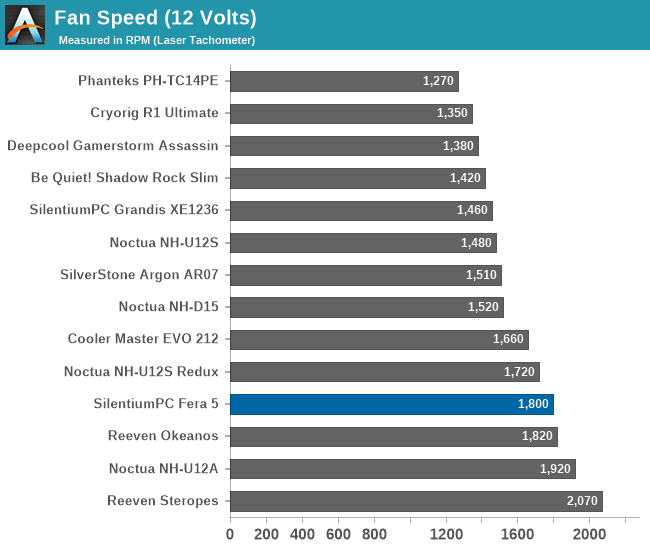 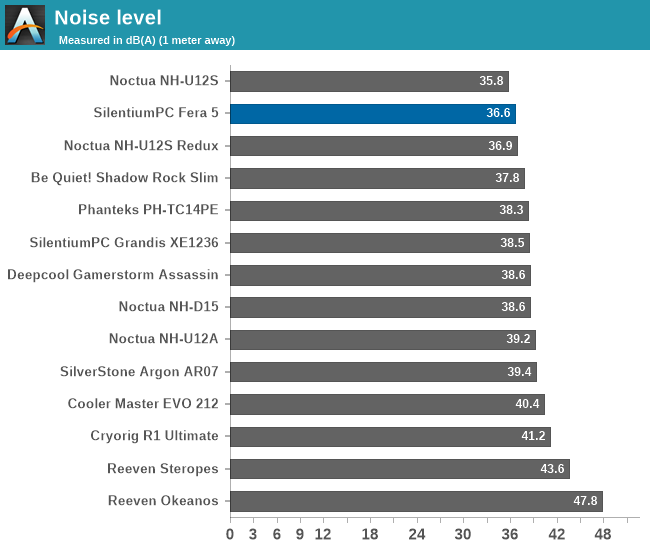 Switching things up a bit, let's next take a look at cooler performance with the Fluctus 120 mm fan taken down to half speed. 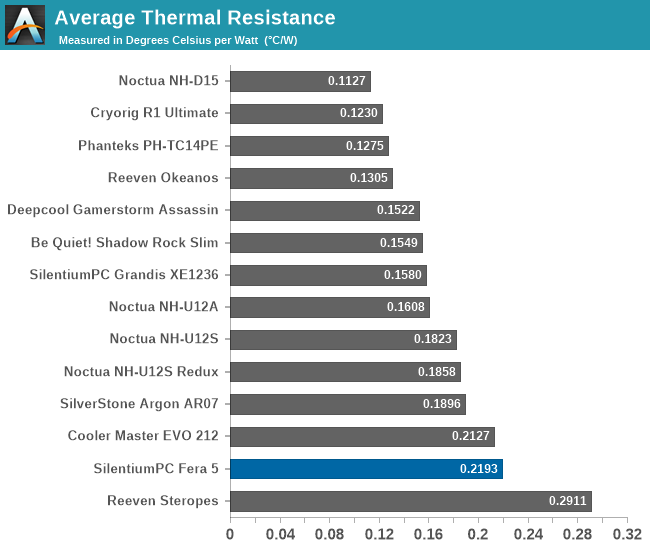 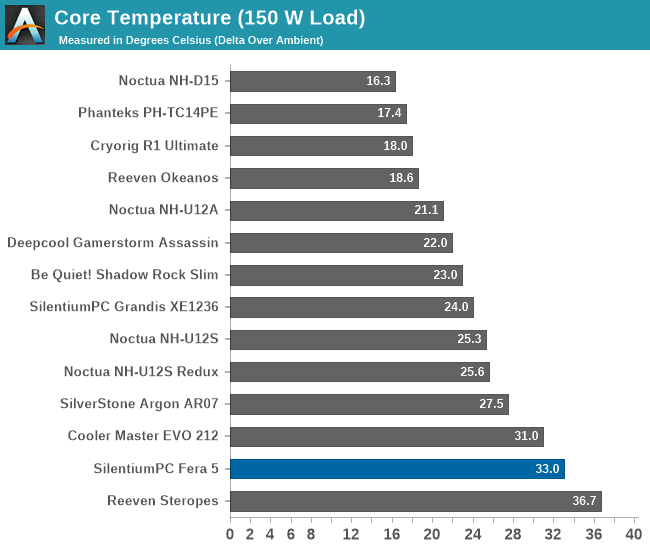 According to the specifications of the Fluctus fan, its speed can be reduced far below 900 RPM – down to 300 RPM, if needed. Regardless, this feels redundant, as the Fera 5 is practically inaudible with the fan running even at 900 RPM. Reducing its speed further would only harm the thermal performance of the cooler without much, if any, acoustic performance gain. 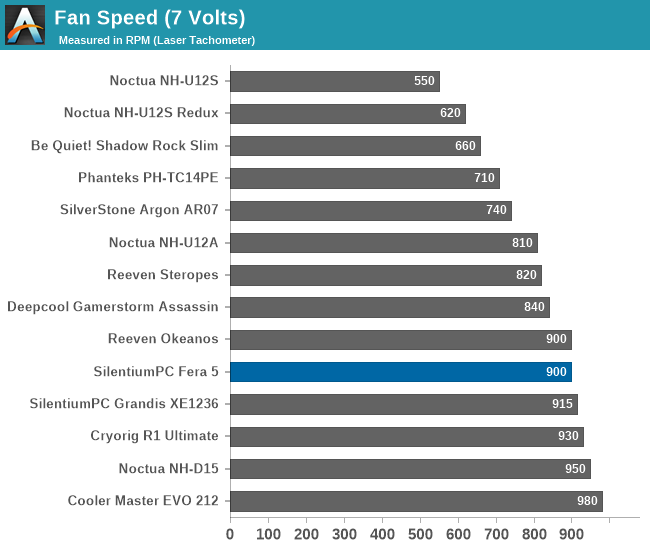 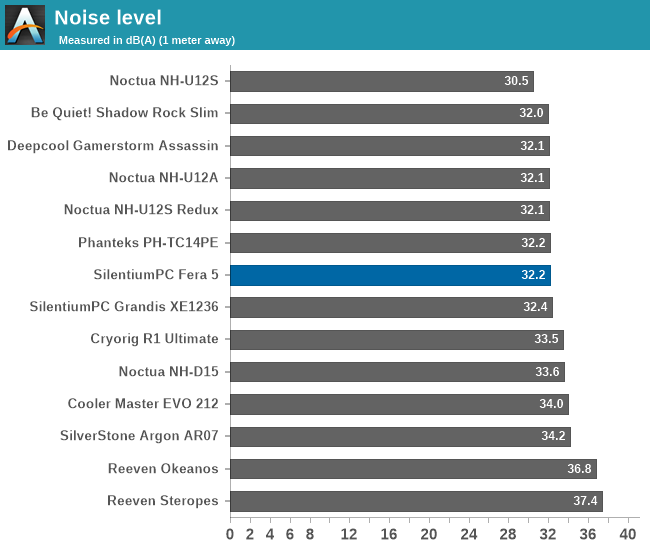 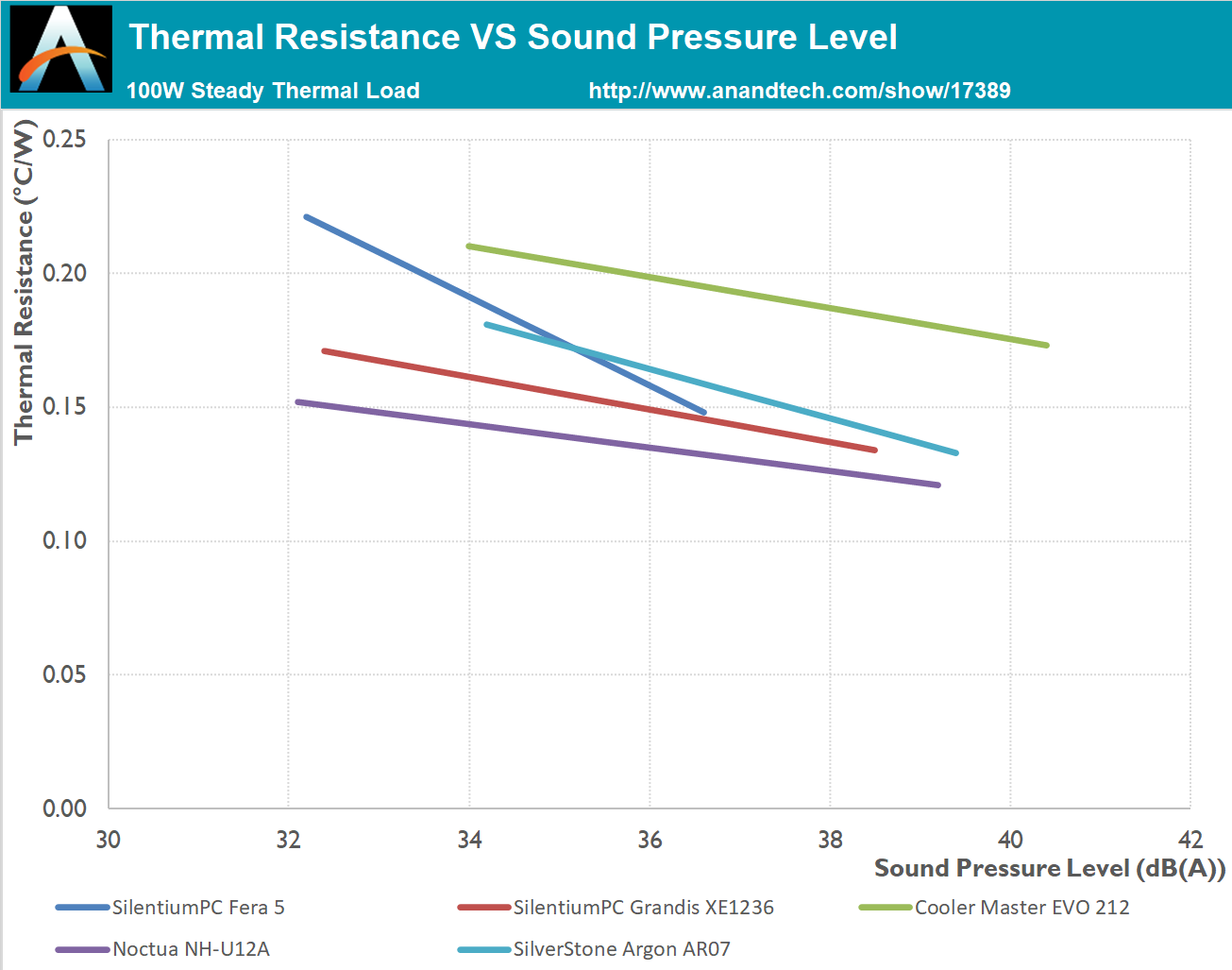 The above chart reveals the actual strength of the SilentiumPC Fera 5. Even though its thermal performance figures are not impressive on their own, the cooler produces very low noise to achieve them. Ultimately, the Fera 5 outperforms other popular mainstream coolers, such as the Cooler Master 212. Other similarly priced coolers, such as the SilverStone AR07, can outperform it but, for the most part, the noise figures are higher. Only premium and/or significantly larger CPU coolers can outclass the Fera 5 across the board.