At first sight, the EK-XLC Predator 240 appears very similar to AIOs that we have seen and tested before. A closer look however reveals that this kit is a fully modular liquid cooling system, with the main difference being that it has been pre-assembled at the factory. The hoses are removable and there are fluid filling and air bubble draining ports. Perhaps the only thing that it has it resembling a typical AIO system is that the fluid pump is merged with the radiator. 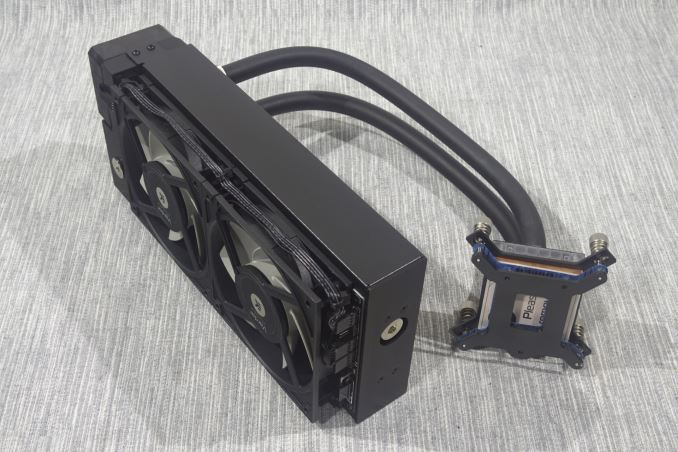 The CPU block is relatively simple and very small compared to other AIO systems, as it has no pump on it. It is made of a Plexiglass top with a metallic cover, with a steel retention brace and a copper base. The hoses can be removed in order to add more parts or clean the block, but they need to be inserted at the same holes again. Reversing the hoses has a strong impact on performance, reducing it by nearly 20%. Note that the EK-XLC Predator 240 can only be installed on Intel LGA1150, LGA1155, LGA1156 and LGA1366 CPUs, with LGA2011 support available if extra parts are purchased. None of AMD's CPUs are currently supported. 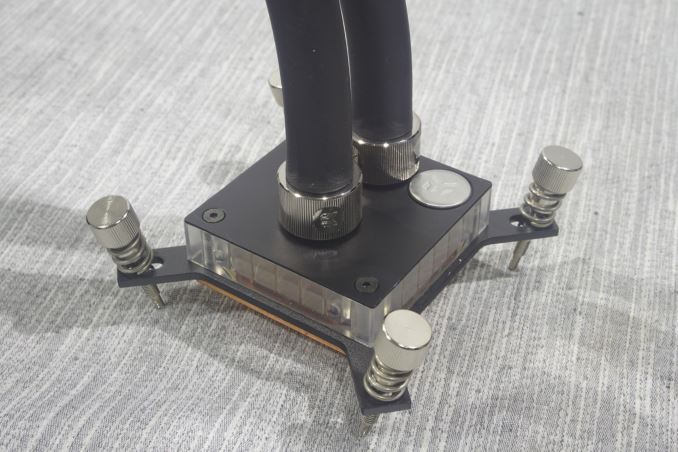 EKWB machined the copper base of the block down to a perfect mirror finish. It is almost a shame that copper is very soft and the perfect finish will be impaired when the block gets mounted on a CPU even once. Inside the block we found a metallic flow guidance plate, forcing the fluid to enter the microchannels from the center and exit from the sides. It is very well machined, without imperfections. 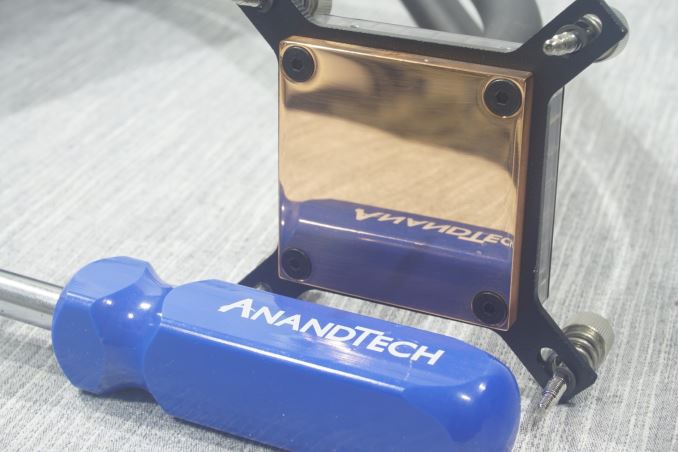 EKWB suggests in the manual that the microchannels should be cleaned in order to maintain maximum performance, however we strongly advice against such action by anyone who is not a liquid cooling expert. The process requires draining the system, opening the block carefully, cleaning it with specific solvents and resealing it. A new user to such a process should be extremely careful when refilling the system, and perhaps read/watch online guides, or the user will have to deal with leaks from improper sealing. 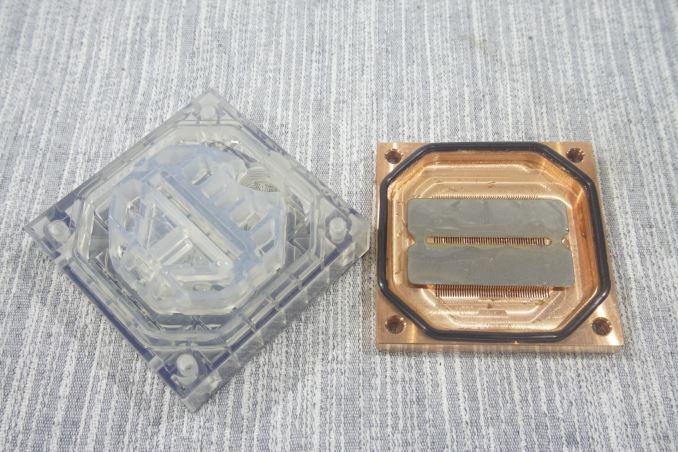 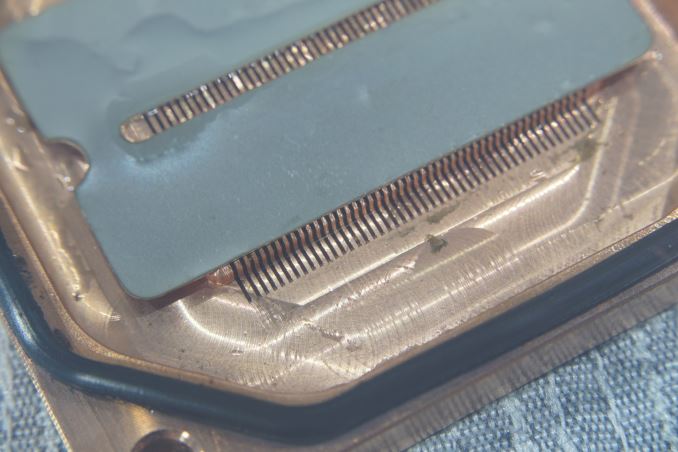 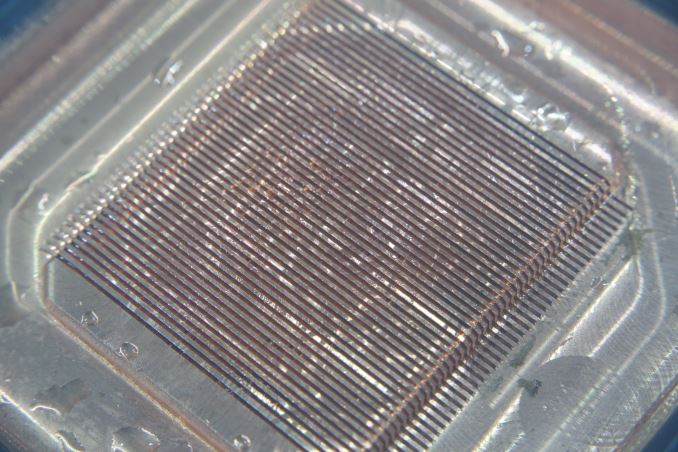 The radiator assembly comprises most parts of the system, as it includes the fluid pump, the air flow fans and the power controls. The pump is attached to the edge of the radiator, on a plastic frame that also serves as a basic fluid tank. The height of the pump encourages the presence of two cooling fans at the top side of the radiator, and two fans are preinstalled in a pull configuration. EKWB clearly assumes that the radiator will be installed at the top of a case, pulling air out of the case. The position of the pump also prevents the radiator from being installed vertically, as the pump will be unable to circulate the fluid, especially if the system is not filled to the brim and air removed. 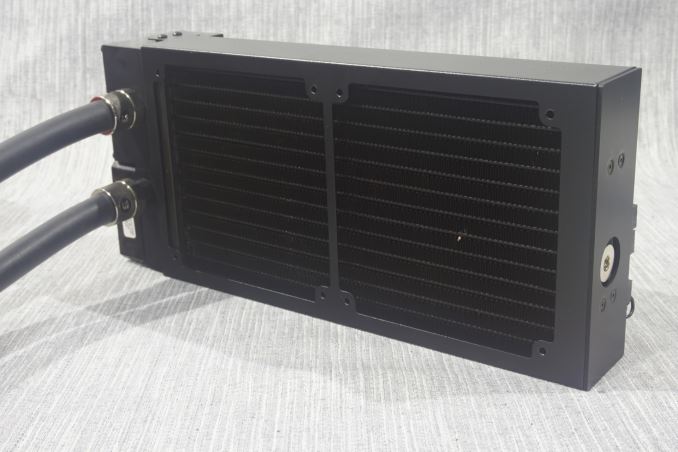 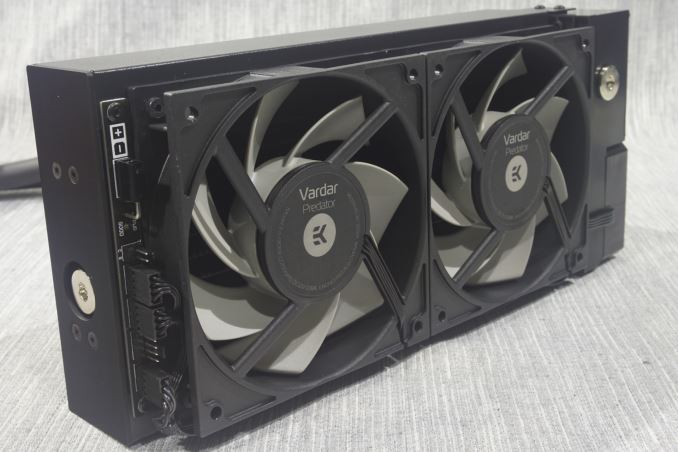 There are two fluid filling and air bubble draining ports on the radiator, one next to the pump and one on the other side of the metallic body. If the user wants to drain and refill the system for any reason, be it for an upgrade or maintenance, the system has to be refilled from the port on the side of the radiator, while the radiator is standing upright. Once filled, the Predator 240 has to be powered on and the port next to the pump needs to be opened, draining the air and adding fluid if necessary. Both ports require a 6 mm hex key to be opened. The user needs to be very careful and gentle when closing the port next to the pump, as the body is plastic and it can be easily destroyed by the high torque of the 6 mm tool. The other port is on the metal body and is much more robust.

There is just one issue with the radiator which users might face - the thickness. The radiator and fan assembly is 68 mm thick, which is considerably thicker than what most case manufacturers have taken into account. There are cases that are designed to hold 240 mm radiators at their top panels but do not accommodate this kind of clearance. We strongly suggest checking the clearance of the case before purchasing this unit, or make sure that the case is in the EKWB's compatibility list. 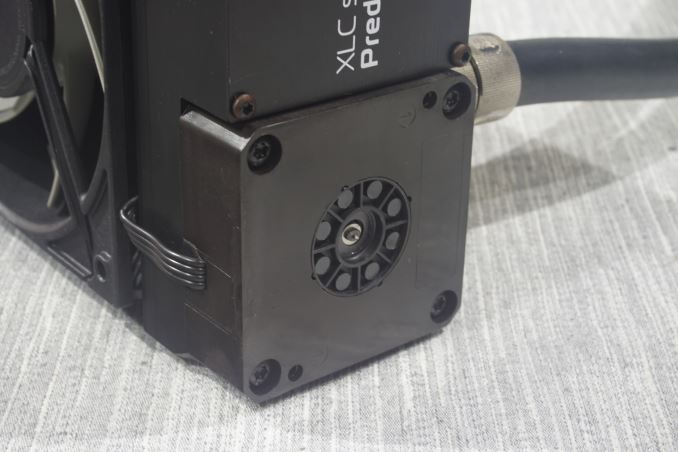 The power control board near the edge of the radiator is small, simple and very clever. It powers the fans and the pump from a single SATA power cable, getting rid of the cable mess. It gets a PWM signal from a single motherboard fan header and adjusts the speed of the fans and of the fluid pump. If no signal wire is attached, the assembly will just constantly operate at maximum speed.

What is odd about the power controller is that there is a single extra header for a third fan. As the EK-XLC Predator 240 is a dual fan radiator, the reasonable move would be to have two extra headers, in case someone wants to install two more fans for a push-pull configuration. Nevertheless, it is likely installed it there with a secondary (e.g. case) fan in mind. 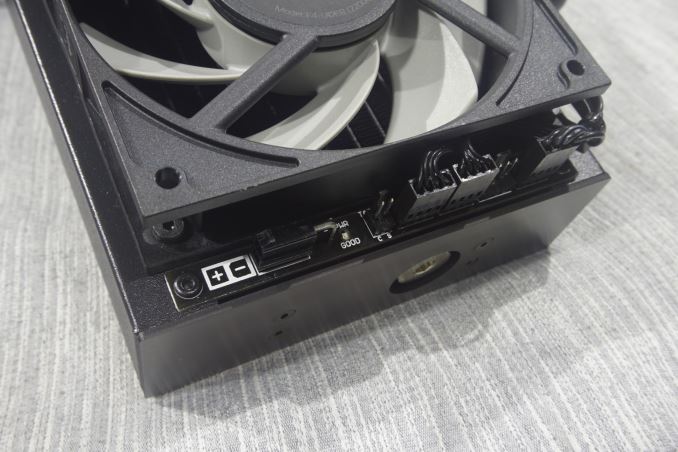