Externally, the STRAFE is a completely different design than any of the RGB family keyboards that we reviewed in the past. Although the design remains modern and is rather elegant, the flat metallic body is now gone, as the STRAFE has a low profile plastic frame without a wrist rest or support for one. The keys are installed on a red support plate for increased visual contrast and mechanical strength. It is noteworthy to mention that the controversial "winged heart" logo that debuted alongside with Corsair's Gaming division and received much negative criticism is now gone. Corsair's new gaming peripherals logo, a variation on the previous ship sails logo, is now relocated to the top left side of the keyboard. 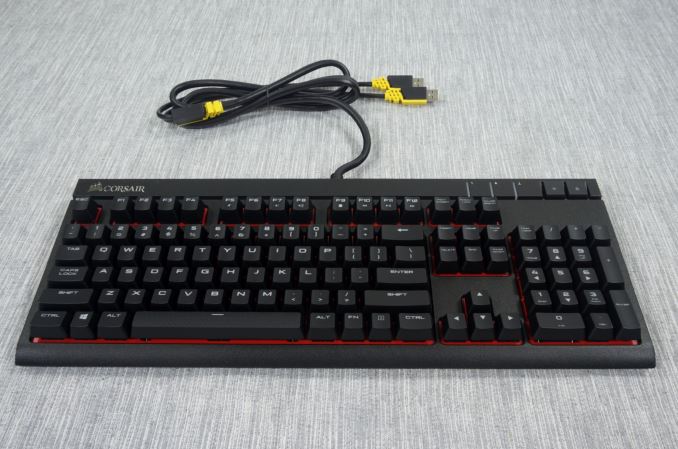 Although the aluminum body is now gone, the plastics that Corsair is using are of good quality, with great rigidity and feel. The top cover is slightly textured but the sides of the keyboard are glossy and slightly reflective. LED lighting strips have been installed on both sides of the keyboard in the gap between the glossy sides and the textured top cover. 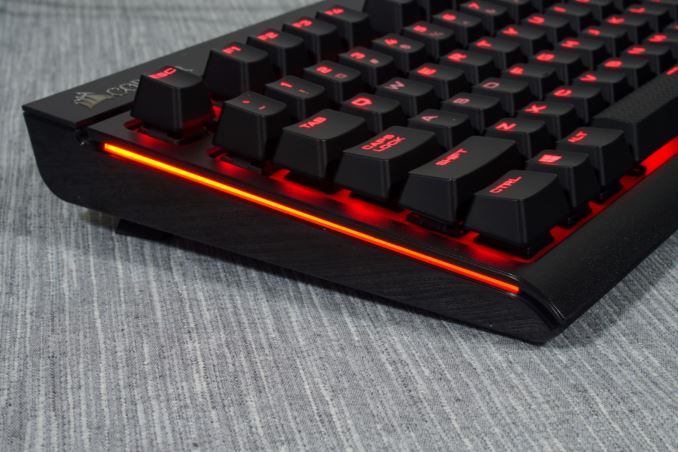 The STRAFE pretty much is a standard full-size keyboard, with the only two extra keys being the square keys at the top right side of the keyboard. By default, one of the square keys controls the intensity of the lighting, while the second locks the Windows keys so they are not accidentally pressed during gaming (which minimised the game and causes a bit of rage). Media functions for volume and track controls have been inserted as secondary commands in the F5-F12 keys, and are accessible by holding down the FN key. There are no dedicated media keys or the much-loved metallic volume control wheel that is found on their higher tier keyboards. Since the STRAFE is fully programmable, it is highly likely that one of the two extra keys can become a volume mute key, or both are going to become volume control keys. There is a lot of dead space between the Numpad and the two keys at the top right side of the keyboard, so there may be an upgraded version in the future with at least the basic volume control keys there. 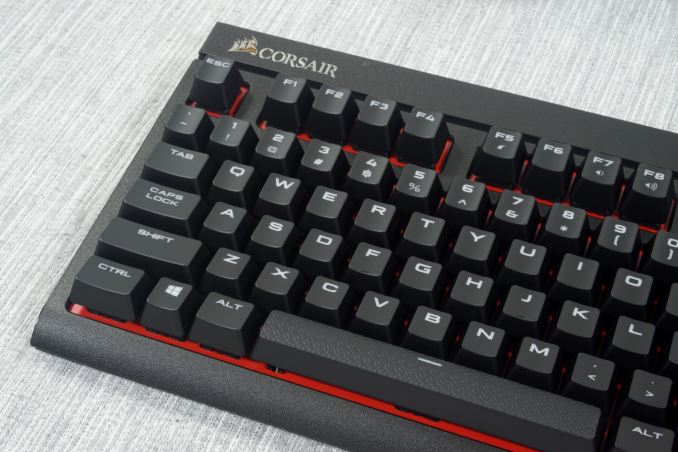 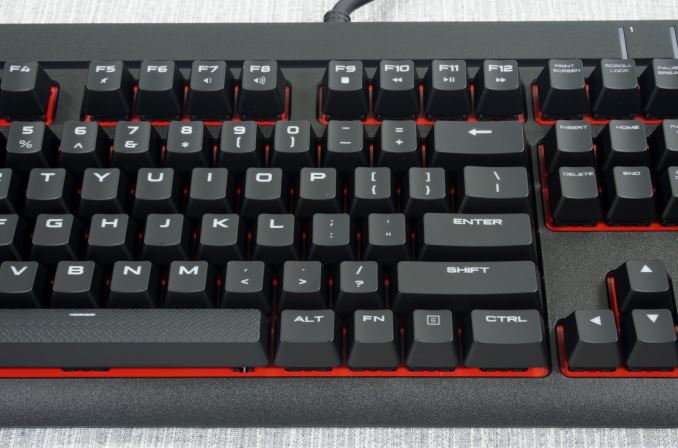 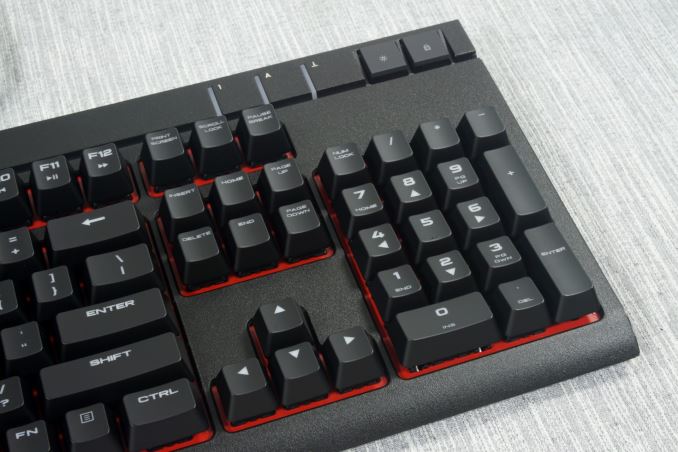 The stock keycaps of the STRAFE are standard black keycaps with enlarged characters, with the exception of the Space Bar key. The Space Bar key is textured and it feels great while typing. The surface of the Space Bar should also decay less easily now, as Space Bar keys with their right side heavily worn out are a common phenomenon. Beneath the keycaps, Cherry MX switches with red LEDs are used. We received the version with the Cherry MX Red switches, but Corsair also offers the STRAFE with Cherry MX Brown switches. The selection of a switch is heavily a matter of personal preference. Some people like the soft tactile feedback of the Brown switch while others enjoy the linearity and responsiveness of the Red switch. 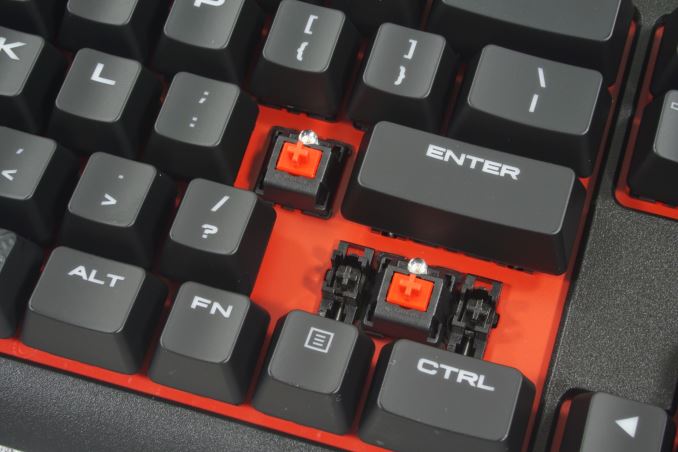 Corsair supplies two sets of contoured and textured keycaps alongside with the STRAFE. The WASD keycap set is meant for FPS gamers, while the QWERDF set is meant for MOBA gamers. If someone likes to change the stock key settings from, for example, WASD to ESDF like some FPS gamers do, the only solution would be to use the contoured keycaps in the place of the ESDF keys, ignoring the wrong characters. 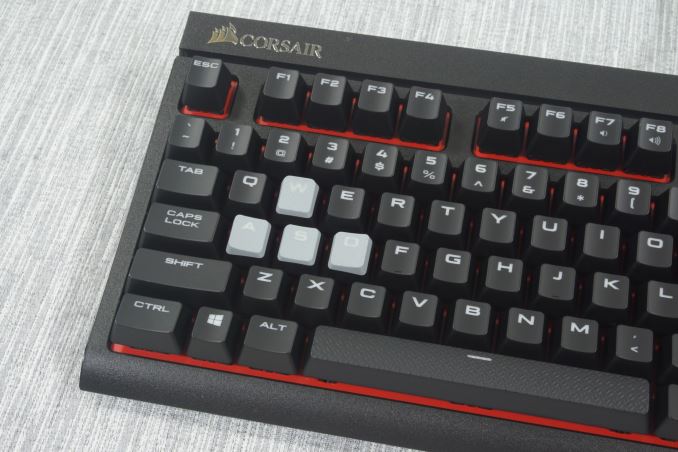 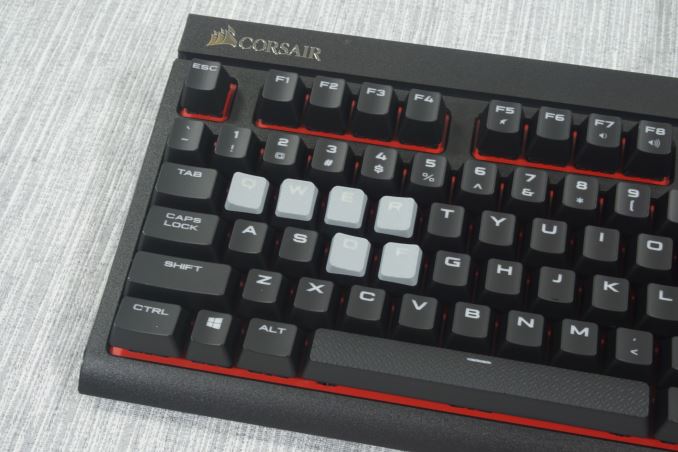 The STRAFE actually features one thing that none of the top tier Corsair keyboards has - an USB port. The pass-through USB port is found at the rear of the keyboard, near the thick cable. It is worth noting that there is no polling rate switch on the STRAFE, and the cable is not braided either - it is a thick black cable with futuristic easy-grip connectors. 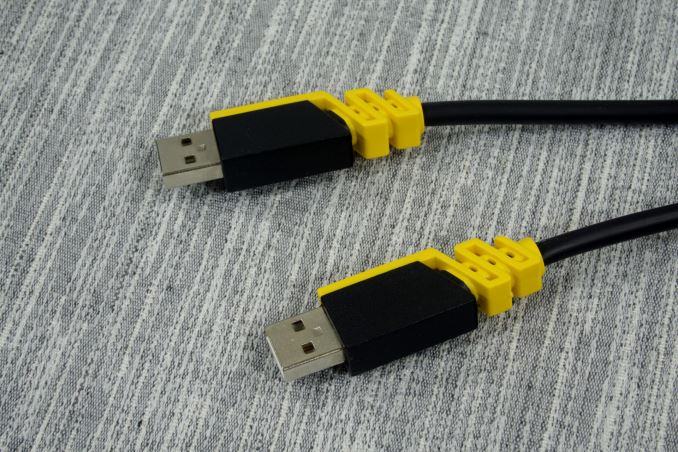