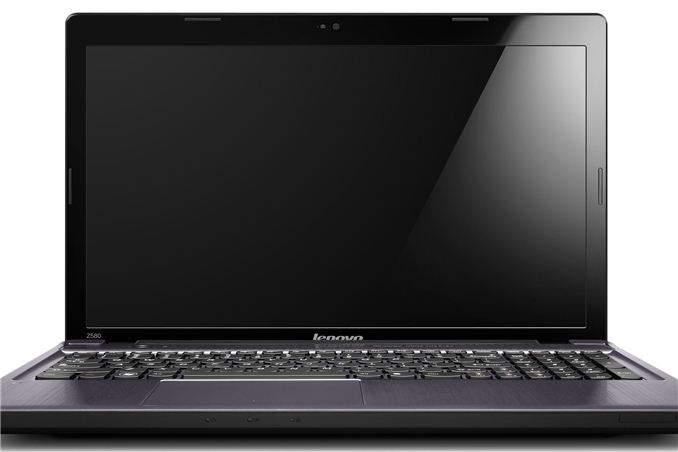 For this week’s update of our laptop/notebook recommendations, we turn our eye towards the mobile gaming sector—and no, we’re not including tablets in this category, even though they can play games; we’re talking about Windows games played natively on your notebook. Just to set the stage, let me give a few thoughts on the general idea of gaming notebooks.

First, if you’re the type of gamer that wants to set everything at maximum quality and you’re not willing to turn down a few knobs, you’re either going to spend a ton of money (e.g. for GTX 680M SLI) or you’re going to be disappointed—and eventually, you’ll need to opt for lower quality settings on some new titles, as it’s only a matter of time before we see our next GPU-killer Crysis game. Think about that for a moment: Crysis was originally released way back in 2007 when DX9 was relatively new, and here we are in 2013 and there are still many GPUs that can’t run Crysis at 1080p at maximum quality and get more than 60FPS.

The first point is important, but even if you’re willing to compromise on some settings, you probably don’t want to compromise too much. While it’s possible to play almost any game on a moderate GPU, I find the bare minimum GPU to be around the level of AMD’s HD 6630M/6650M (aka HD 7570M, more or less) and NVIDIA’s GT 640M LE. If possible I’d want more GPU performance, especially if you’re running higher than 1366x768 for your resolution. So, for example, AMD’s entry-level A6-4455M and its HD 7500G don’t make the cut for “gaming” in my book, and even the faster A10-4655M with HD 7620G is questionable for many titles.

Finally, there’s the question of GPU vendor, and mostly I’m talking about mobile drivers. I wish I didn’t even have to discuss this, but my experience with AMD’s Enduro is still leaving me wanting compared to NVIDIA’s Optimus. These days it’s difficult to find a notebook with a discrete GPU that doesn’t implement one of those technologies, and while there are people that have no real complaints with Enduro, I’m not one of them. AMD right now seems to be best for iGPUs from Trinity (and soon Richland), and while something like the 7970M can offer great performance in the right games, in the wrong titles it can be a pain.

Finally, let’s not forget that there are new GPUs, CPUs, and APUs just around the corner. If rumors are to be believed, Intel’s GT3e solution (the “e” is for embedded DRAM) may provide some healthy competition to GPUs like the GT 650M and HD 7730M. Driver support is a concern there, sure, but Intel has definitely improved their driver compatibility over the past year since HD 4000 launched, and doubling performance (or more) would go a long way towards making their iGPU viable. AMD and NVIDIA meanwhile will have 8000M and 700M parts, with some rebranding/recycling and minor clock speed changes. AMD will also have Richland APUs that are supposed to be at least 10% faster than Trinity, and at the right price such a solution could be really attractive. If you can wait until June or so, we’ll know who the winners and losers of the next round are, but we’ll have an updated “Best Gaming Notebooks” by then.

TL;DR (Too Long; Didn’t Read): I’ll give a few lower-end recommendations for those on a serious budget, but my real preference for notebook gaming would be at least a Radeon HD 7730M or a GeForce GT 650M—with GDDR5 memory in both cases. Those two GPUs provide enough graphics horsepower to handle every game I can think of at 1366x768 and medium or higher detail settings, and in many cases even 1920x1080 at medium settings will be playable. If you want 1920x1080 with high quality settings (and possibly 4xAA), and you’d really like frame rates of 60FPS or more, you’ll have to go all-in on an HD 7950M or GTX 675MX at the very least. 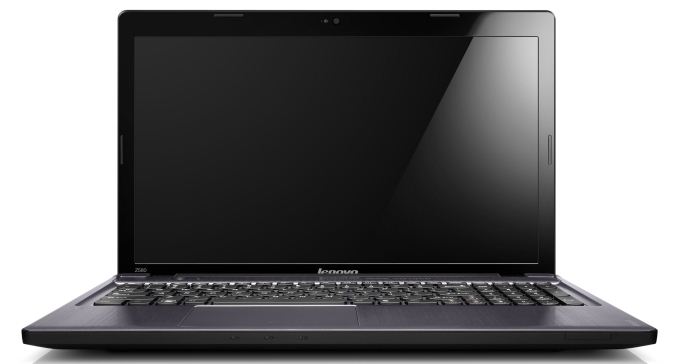 We’re in familiar territory here, as the best way to get acceptable gaming performance without breaking the bank is AMD’s A10-4600M APU. I discussed this category last week as well, so I’ll keep things short. You can get the Toshiba L850D with A10-4600M, 4GB RAM, and 640GB HDD for $540, direct from Toshiba. For just a bit more (and likely quicker shipping), Newegg has Lenovo’s IdeaPad Z585 for $580 with the A10-4600M, 6GB RAM, and a 1TB hard drive. HP’s dv6z is similar as well, but pricing starts at $600 with the A10 APU. Of those three, at least with the current pricing I’d take the Lenovo IdeaPad Z585. Even if Richland shows up next month at a similar price (doubtful), you’re only losing out on the ~10% higher clock speeds of the A10-5750M. 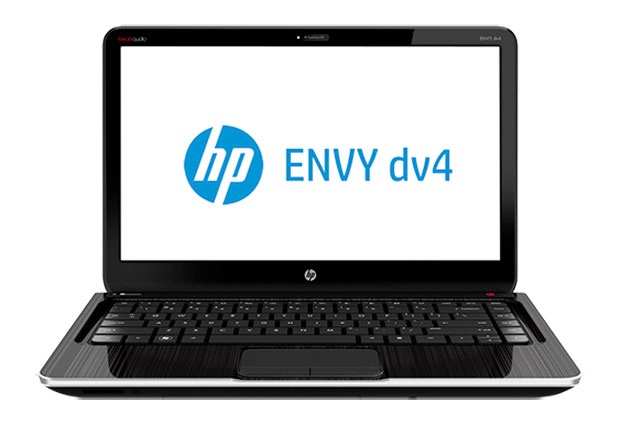 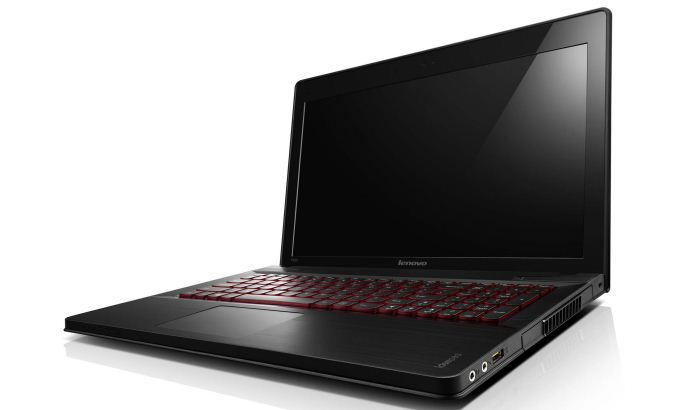 I’ll be honest: I’m not a big fan of SLI or CrossFire in notebooks. The combination of dual GPUs in a small enclosure is a recipe for lots of heat and poor battery life. That said, while a single GT 650M isn’t amazingly fast, two of them in SLI should perform quite admirably—roughly somewhere in the GTX 670MX to 675MX range—and you should be able to play most games at High settings and 1080p (but not “Ultra” settings, at least not in the most demanding titles). Lenovo is so far the only company I’m aware of to do SLI with a GK107 GPU, and it’s definitely an interesting tactic. The Y500 comes with a reasonable feature set (1080p LCD, backlit keyboard, Core i7-3630QM, 16GB RAM, and a 1TB HDD) and build quality, and it’s available starting at $1100. For this level of performance, $1100 isn’t a bad price, but if you want better battery life and Optimus (note that the Y500 does not support Optimus—a decision made by Lenovo and not a limitation imposed by NVIDIA or SLI), you’ll need to spend more money. 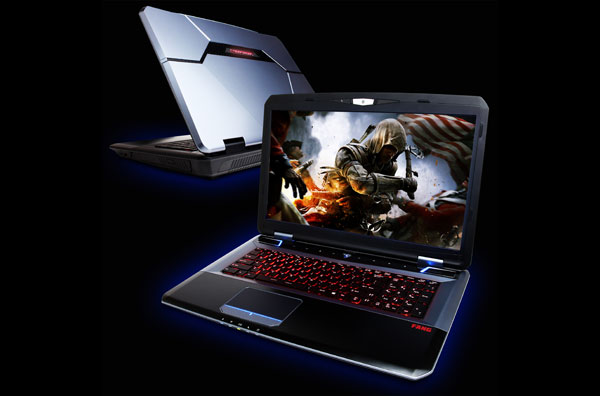 For $300 more than the Lenovo, you can get CyberPowerPC’s branded version of the MSI GT70, the Fang III X7-100. Dustin reviewed a similar laptop with the iBUYPOWER Valkyrie and found it to be a reasonable alternative to the large Clevo and Alienware offerings. The extra money will get you a larger chassis, a single GTX 675MX 4GB GPU (which should be 10-20% faster than the GT 650M SLI—and more in cases where SLI doesn’t scale well), Optimus support, and a good 1920x1080 LCD. You also get 8GB RAM and a 750GB HDD, so Lenovo wins out in those two areas. If you don’t like the look of the MSI chassis, or if you just prefer Clevo, you can of course get similar configurations of the P150EM and P170EM for roughly the same price.

For those that simply want all-out maximum performance, you can get higher performance configurations of the above. I wouldn’t bother with the Radeon HD 7970M personally, as the extra $100 doesn’t make up for the sometimes flaky driver support from AMD, which currently leaves the GTX 680M as the only other option. That adds around $300 to $400 to the price of the MSI, iBUYPOWER, or Clevo offerings (take your pick—CyberPowerPC currently doesn’t have a GTX 680M configuration). It also brings Alienware’s M17x into the picture, which I still find to be the best looking of the bunch with my preferred keyboard layout, but even with 6GB RAM and a 500GB HDD (the minimum Alienware has in their configuration utility) the M17xR4 will set you back $2249 when equipped with the GTX 680M.

Really, not much has changed with any of these notebooks since the GTX 680M launched last June. While I wouldn’t expect any major updates with 700M (maybe a GTX 780M that will bring GTX 680MX clocks to a lower TDP part?), buying right now instead of waiting for the Haswell and 700M updates seems a bit odd at the top of the performance pyramid. Thus, while all of the above are potential options depending on your personal taste, I’d personally hold off spending more than $1500 on a soon-to-be-outdated laptop, and really even $1400 is a stretch.

As always, other options or opinions are welcome in the comments. Think I missed a great option? Let me know! We’ll be back again next week where I’ll scour the thin-and-light market for good 13.3” and 14” offerings that don’t fall into the Ultrabook/Ultraportable category.