The unveiling of the BCM7445 is undoubtedly the most exciting news to come out of the Broadcom camp for CES 2013. It is the fourth generation STB (set-top-box) SoC from Broadcom and the industry's first 28nm product for the market. Before going into the details of the BCM7445, we present a couple of subsections to provide a little bit of background about 4K video and related technology. If you are interested in learning about Broadcom's 4Kp60 capable BCM7445 alone, feel free to skip right ahead.

The Need for 4K

One of the main challenges being faced by the TV industry after the failed 3D experiment is a way to stimulate the consumer base. In this context, the 4K experience is proving to be quite effective. Journalists may argue about whether 4K makes sense for the living room or not, but the truth is that increasing the resolution of the content reaching the consumers is the first step towards an immersive entertainment solution in the future. 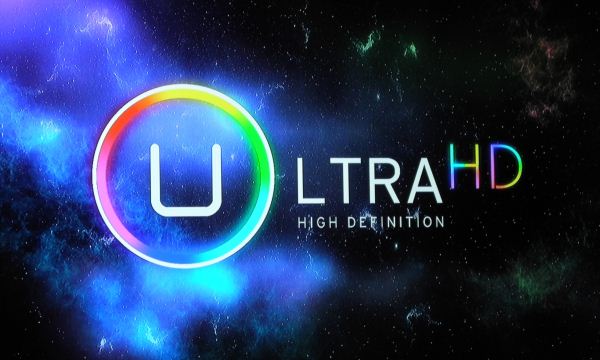 Unlike 3D, 4K has legitimate industry uses in the medical imaging and IP surveillance industry. This gives an impetus for silicon vendors to create 4K-capable products without worrying about whether the consumer industry might accept it or not. In addition, given that there is nothing to dislike about 4K at this point other than the price tag, it looks like 4K will gain much better acceptance compared to 3D technology amongst the consumers.

4K: Should You Be an Early Adopter?

Last year, we reviewed the AMD 7750 and GT 640 from a HTPC perspective and were able to get both cards to drive a 4K projector (the Sony VPL VW1000ES) using the following 4K resolutions: 3840x2160 at 30 Hz and 4096x2160 at 24 Hz. Simply speaking, higher refresh rates are not possible because the frequency of operation of the HDMI controller / PHY doesn't provide enough bandwidth. A refresh rate of 50 / 60 Hz is required to provide smooth movement in scenes with fast transitions.

HDMI 2.0 (the name going around the industry, despite the HDMI forum's decision to do away with version numbers for all HDMI products) is going to be ratified soon, and will apparently simply double the operating frequency of the controller / PHY to provide enough bandwidth to send across uncompressed 4Kp60 video. The high cost of current 4K solutions is already a deterrent, and if one is hesitating to jump in right now, these facts should serve as an incentive to wait for some more time.

Contrary to popular belief, there is really no dearth of 4K content since most professional videographing solutions have been 4K capable for a number of years. It is a simple matter of bringing that content in the right format to the end-consumer. H.264 emerged as the codec of choice (and replaced MPEG-2 due to better compression efficiency) when moving from SD to HD. However, both H.264 and MPEG-2 co-exist in the Blu-ray standard for HD content. Similarly, H.265 (HEVC) is expected to become the codec of choice (and replace H.264 due to better compression efficiency) when moving from HD to 4K. However, consumers can expect a lot of the initial 4K end-user content to be in H.264 format (such as the current 4K videos on YouTube or the 4K videos being shot on the GoPro Hero 3 Black). All said, a future-proof 4K solution should have the capability to decode 4K content in both H.264 and H.265 (HEVC) formats.

The BCM7445 is a STB solution aimed at making its way into service provide boxes (such as those from Comcast or Dish). In addition to implementing all the necessary security measures for a conditional access system, the SoC also integrates a programmable multi-format decoder (including H.265 / HEVC) and the ability to transcode up to four 1080p30 streams in real-time.

The master processor in the SoC is the Brahma15, a quad-core Cortex A15 configuration running at up to 1.5 GHz to provide 21000 DMIP performance. The configuration has TrustZone, NEON and virtualization support. Plenty of performance is needed to run Broadcom's Nexus and Trellis multi-framework software interfaces which allow different client technologies to operate in a seamless manner.

Broadcom refused to divulge power consumption details (a very important aspect since set top boxes happen to be one of the worst offenders when it comes to home energy consumption), but did indicate that their platform supports on-chip power management to power down unused blocks in the chip as applicable.

We asked Broadcom whether the appearance of the Cortex A15 in a STB SoC marked the beginning of the end for MIPS in the STB space. They were quick to point out that they continue to be solidly behind MIPS for multiple segments of the STB market and indicated that it was one of their MIPS-based STB platforms (BCM7356 in the Samsung SMT E-5015) that had obtained official Android 4.0 certification recently.

Samples of the BCM7445 are available now with volume production scheduled for mid-2014. This should give the 4K market plenty of time to mature. We will visit the Broadcom booth at CES and see the 4Kp60 demo in person. I am definitely going to ask them about the modifications they had to do in the HDMI controller for the demo.

In 4K technology, the TV / video industry has come up with something worthy of a consumer's serious consideration. With its 4Kp60 HEVC decoding capabilities, Broadcom's BCM7445 fills a very important gap in the video delivery pipeline for the acceleration of 4K adoption.