I started building computers a decade ago to help make ends meet while I was an undergraduate. For the first time, I built more workstations than gaming boxes, HTPCs, and even budget systems in 2012. Whether this is a reflection of my social network getting older, or fleets of ageing Core 2 Duo and Core 2 Quad machines finally getting too long in the tooth to be truly serviceable, the rise of mobile gaming, or something else, I'm not entirely sure. But as readers of AnandTech know, the desktop computing segment is shrinking, and one area where the desktop is still undisputed king is in productivity.

Though there are many powerful laptops that can crunch through large datasets and have screens and keyboards that you can actually use for an entire day of work, these systems remain very expensive compared to similarly-performing desktops, and there are no truly mobile devices that can match the raw computational power, capabilities, and flexibility of a desktop. (Yes, I know: Clevo sells some notebooks with desktop CPUs, but we've looked at a couple of those over the years and always came away wanting something more.) 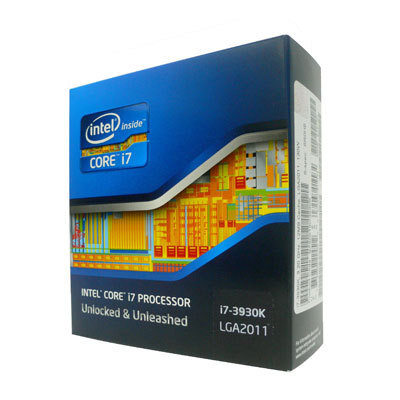 As for storage, stabilization of hard drive production in the wake of the Southeast Asia floods has brought massive 3TB and 4TB hard drive prices back down into the mainstream. Developments in the SSD market have brought reliable, high performance solid state storage down to prices at which they're pragmatic choices for uses in addition to solely operating system and application drives. DDR3 RAM prices have plummeted, to the point where you can sometimes pick up a whopping 32GB of desktop memory for about $100. Finally, competition has widened the field in terms of cases to include more than a handful of players in the premium workstation case market—including newer designs that are not only functional, but actually look nice and are quiet, too.

Many of AnandTech's readers have the DIY know-how to quickly diagnose computer-related issues (whether software or hardware induced), and many of us keep spare parts on hand, so we can fix a computer even before the next business day. However, do you have time to spend a few hours troubleshooting a broken down computer in the middle of a work day? Do you want to deal with that aggravation? Do you have spare systems already online that you can use while your primary productivity system is offline for a day or two?

These are important questions, and only you can answer them. If you'd rather not be your own technical support, it's best to stick with a pre-built that comes with support for your important computer. If your computer is more than important (i.e. mission critical), DIY is rarely a good idea. That is, the more important your productivity work is, the more likely it is you'll be better off going the pre-built route and avoiding the issues involved in providing your own part and support.

If you're sold on the idea of building your own workstation, the next general issue to consider is whether your workloads benefit from GPU computing. Succinctly, graphics cards are much more proficient than central processors at certain types of tasks; namely, those that are heavily parallelized. These tasks include scientific computing (such as Monte Carlo simulations, many bioinformatics analyses, and climate data work), audio signal processing (including speech processing), cryptography and cryptanalysis, as well as many functions used in video and image processing. One of the more popular software titles that makes extensive use of GPGPU computing is Adobe's Creative Suite 6; Adobe has an informative FAQ on GPGPU computing in CS6. Again, only you know whether powerful GPGPU capabilities make sense in your system, so for each of the builds we detail, we recommend a graphics card in line with the overall system budget (though you might want to spend more or less depending on your needs).

In this guide we outline four workstations, priced from $850 up to over $2,000. We start with the least expensive builds on the next page.