Sony Vaio Z2: Everything is Peripheral

Users who want everything out of their notebook, no matter how ridiculous the demands, are probably more than at least a little curious about Sony's new VAIO Z2. There's good reason to be: this 13.1" ultrabook features a stunning 1080p screen, a secondary battery slice that nearly doubles running time off the mains, and an external dock box that features an optical drive, additional connectivity, and a dedicated GPU that can actually be used to power the notebook's internal screen. The VAIO Z2 has a lot going for it, but is it worth the heavy price tag? 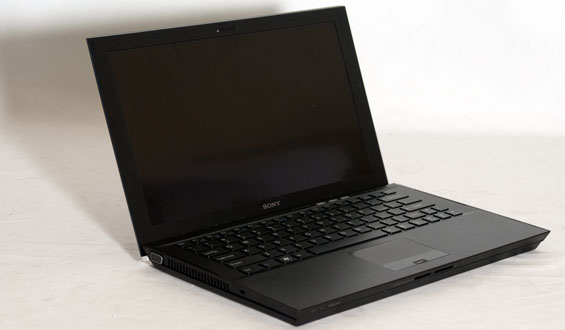 Sony's website lists this unit under the same old Z-series heading, but you'll remember last generation's Z-series notebooks used Arrandale CPUs and packed an optical drive and GPU into the main chassis. The Z2 also technically wouldn't qualify as an ultrabook with a starting price north of $1,600, but the design and build quality is basically in line with Intel's specification (other than the full power CPU). Sony just also happens to include a wealth of extras in the box with it to shore up any deficiencies the primary system might have.

It's fairly obvious Sony is gunning for the premium ultraportable market with the VAIO Z2, much as they did with its predecessors. The Z2 is slim and light, but unlike other ultrabooks, Sony elected to use a full-wattage Intel Sandy Bridge processor in the form of the Core i7 2620M, a dual-core processor that runs at a 2.7GHz nominal clock but turbos up to 3.2GHz on both cores or 3.5GHz on a single core. They pair it with 4GB of dual channel DDR3-1333, and you can order the Z2 with up to 8GB, but buyer beware: the memory is soldered on to the motherboard. If you want more than the standard 4GB of DDR3, you'd better order it from the get go because you won't be able to upgrade it later.

Also not upgradable but still appreciated is the SSD. Information about the controller used is not forthcoming, but the individual drives are running on SATA 3Gbps instead of SATA 6Gbps, and then data is striped between two channels in RAID 0. It's a decision of questionable value to the end user; the HM67 mobile chipset is capable of supporting a SATA 6Gbps SSD, so the only real benefit here is the pair of SSD controllers theoretically improving overall throughput.

The rest of the notebook on its own is business as usual excepting the stellar 1080p 13.1" screen. It's definitely a TN panel, but as you'll see later it's among the best notebook screens we've ever tested. The 1080p screen is an upgrade, but even the bottom rung model of Z2 still comes with a 900p screen bog standard, a far cry from the poor quality 768p screens other manufacturers are using.

While sheet batteries are nothing new and the one available for the Z2 does exactly what it was intended for, the docking unit is another matter entirely. Sony dubs it the Power Media Dock, and it offers something most notebook users have been clamoring for: a discrete graphics upgrade. Since the Z2 itself is too small to house a discrete GPU, the Power Media Dock features an AMD Radeon HD 6650M with 1GB of DDR3. Unlike prototypes that have been announced year after year (and almost never materialize in the marketplace), the Z2's Power Media Dock is capable of actually using the Radeon with the internal screen instead of forcing you to use an external monitor if you want dedicated graphics performance. The dock also includes additional connectivity along with a DVD+/-RW drive, and more expensive versions can upgrade to a Blu-ray reader or a Blu-ray writer.

Accessories to a Crime
Tweet
PRINT THIS ARTICLE
Comments Locked