Our first test writes 4KB in a completely random pattern over an 8GB space of the drive to simulate the sort of random access that you'd see on an OS drive (even this is more stressful than a normal desktop user would see). I perform three concurrent IOs and run the test for 3 minutes. The results reported are in average MB/s over the entire time. We use both standard pseudo randomly generated data for each write as well as fully random data to show you both the maximum and minimum performance offered by SandForce based drives in these tests. The average performance of SF drives will likely be somewhere in between the two values for each drive you see in the graphs. For an understanding of why this matters, read our original SandForce article. 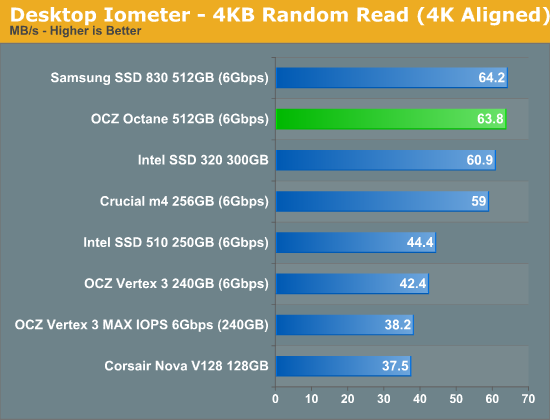 Random read performance is very good on the Octane, matching the Samsung SSD 830 and the Intel SSD 320. Random write performance is no where near as fast as the Samsung, Crucial or SF-2281 based drives, but as we've seen in the past this can be enough performance for a desktop workload. 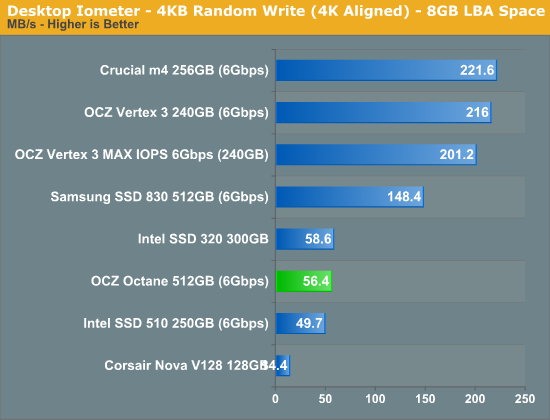 Many of you have asked for random write performance at higher queue depths. What I have below is our 4KB random write test performed at a queue depth of 32 instead of 3. While the vast majority of desktop usage models experience queue depths of 0 - 5, higher depths are possible in heavy I/O (and multi-user) workloads: 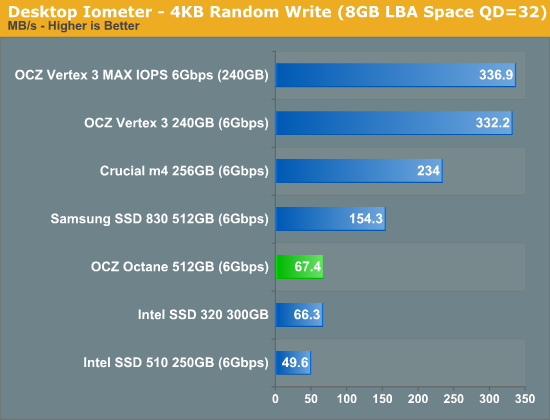 Random write performance at higher queue depths doesn't scale nearly as well as the SandForce based drives. This doesn't really matter for desktop users, but I am curious to see how OCZ will position Everest in the enterprise space against SandForce. Perhaps that's where OCZ will focus its SandForce efforts instead and leave the consumer market to Indilinx. 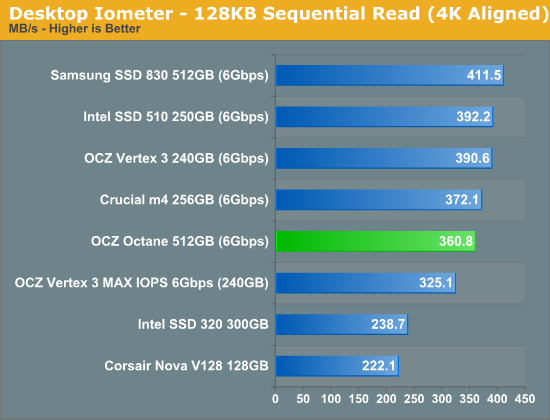 Sequential read and write performance is competitive, but not class leading. The Octane effectively performs like a Crucial m4 here, which isn't bad considering the m4 is a far more mature platform. 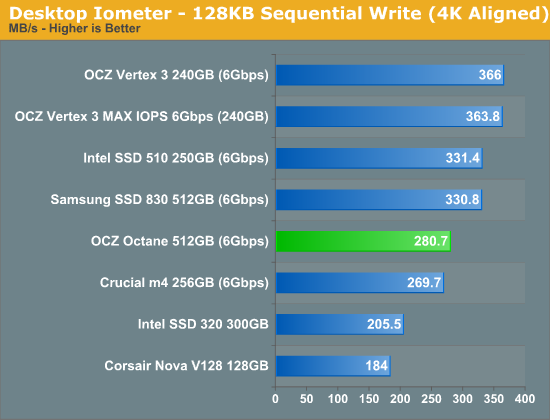