So we know that as far as 3DMark is concerned, NVIDIA's GeForce GTX 480M is the fastest mobile GPU available. But how does it fare in actual gaming situations? 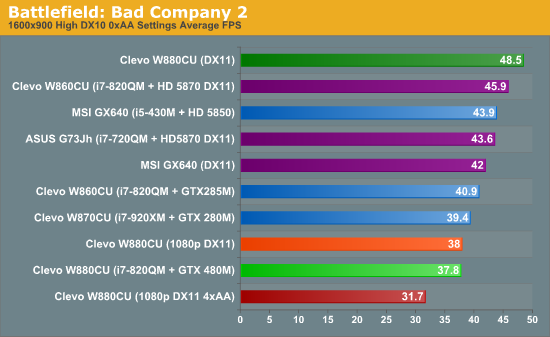 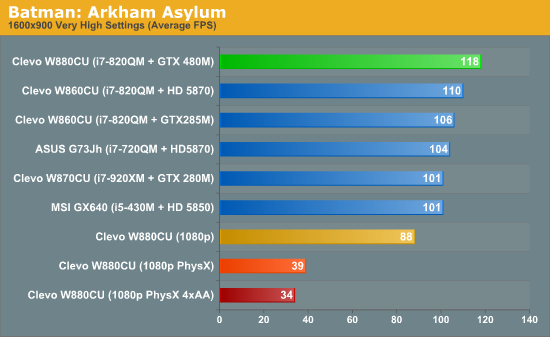 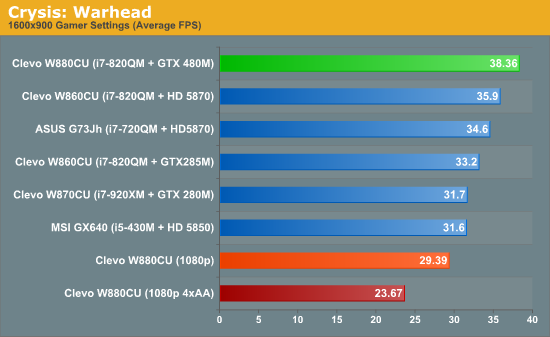 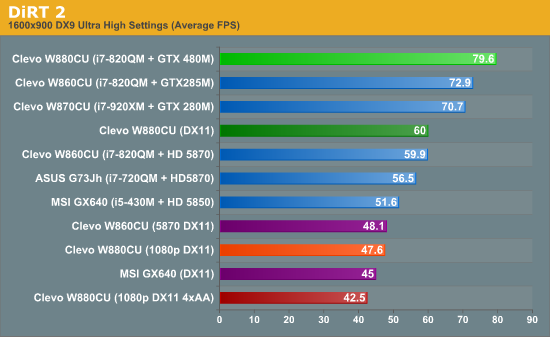 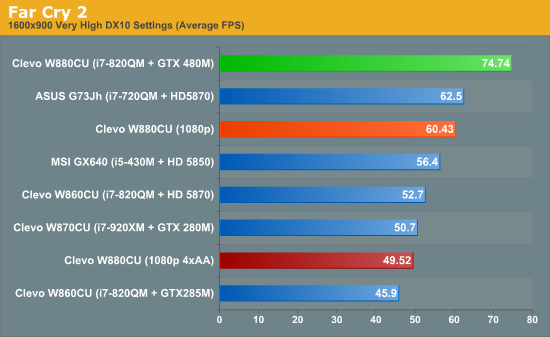 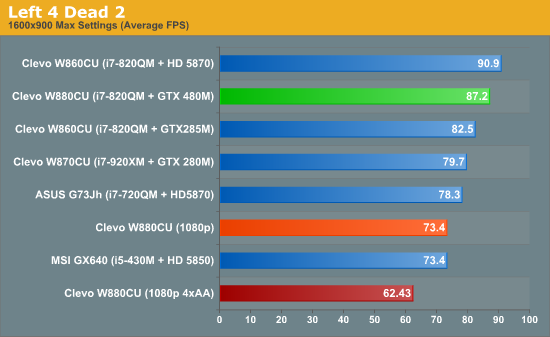 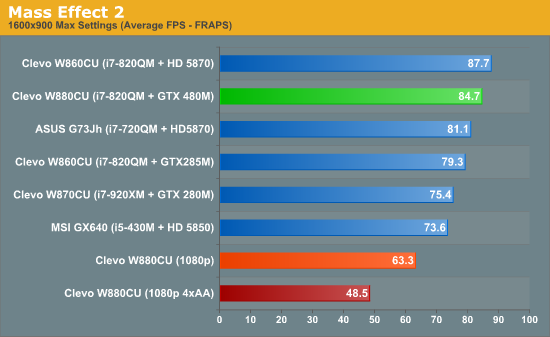 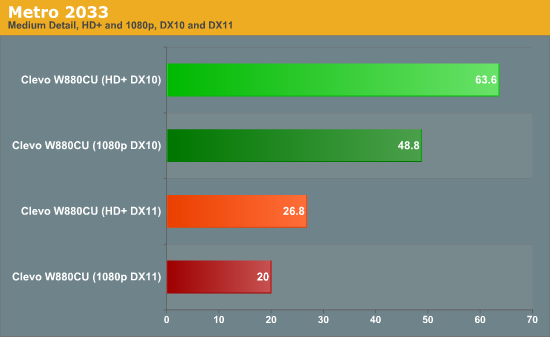 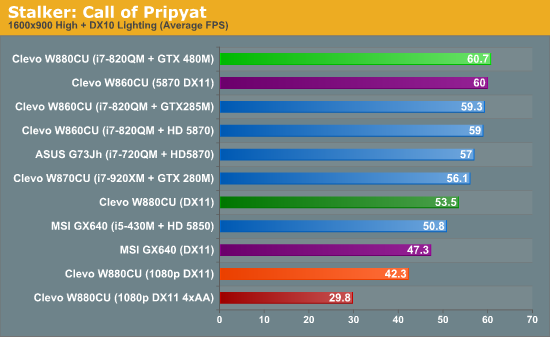 While the 480M takes the lead in most of the games we tested—it downright tears past the competition in Far Cry 2 and DiRT 2—in Mass Effect 2 and Left 4 Dead 2 it was actually unable to best the Mobility Radeon HD 5870. It's only when 4xAA is applied at 1080p that the 480M is able to eke out a win against the 5870 in those titles (we only showed the 4xAA results for the 480M, but you can see the other results in our W860CU review), but the margin of victory is a small one. Of course, Mass Effect 2 doesn't need ultra high frame rates and Left 4 Dead 2 (like all Source engine games) has favored ATI hardware.

Ultimately, that seems to be the pattern here. The wins the 480M produces are oftentimes with the 5870 nipping at its heels; even compared to the 14-in-dog-years GTX 285M it only offers a moderate improvement in gaming performance. What we essentially have are baby steps between top-end GPUs, particularly when we're running DX10 games running at reasonable settings. DX11 titles may be more favorable; DiRT 2 gives the 480M a 25% lead while STALKER is a dead heat; early indication are that Metro 2033 also favors NVIDIA, though we lack 5870 hardware to run those tests. You can see that DX11 mode is punishing in Metro, regardless. Our look at the desktop GTX 480 suggests that NVIDIA has more potent tesselation hardware. Will it ultimately matter, or will game developers target a lower class of hardware to appeal to a wider installation base? We'll have to wait for more DX11 titles to come out before we can say for certain.

NVIDIA provided additional results in their reviewers' guide, which show the 480M leading the 5870 by closer to 30% on average. However, some of those are synthetic tests and often the scores aren't high enough to qualify as playable (i.e. Unigine at High with Normal tesselation scored 23.1 FPS compared to 17.3 on the 5870). Obviously, the benefit of the GTX 480M varies by game and by settings within that game. At a minimum, we feel games need to run at 30FPS to qualify as handling a resolution/setting combination effectively, and in many such situations the 480M only represents a moderate improvement over the previous 285M and the competing 5870. Is it faster? Yes. Is it a revolution? Unless the future DX11 games change things, we'd say no.