One of the key questions when AMD launched its latest Ryzen Mobile processor family, Renoir, was when the chip would be available in the Mini-PC space. At the time, AMD made motions saying that the key market they were focusing on was for laptops, but they wouldn’t preclude partners that were interested in building miniature systems. We’re starting to see a few of them trickle through into the market now, and GIGABYTE is also going down this route with its BRIX series. The new BRIX S Mini-PCs will be offered with up to a Ryzen 7 4800U, with Vega graphics, M.2 support, Wi-Fi 6, and 2.5 gigabit Ethernet

GIGABYTE briefly toyed with AMD versions of its BRIX almost seven years ago now in 2013, using Richland-based dual core processors and AMD mobile graphics. These units, while an interesting foray into AMD small form factor machines, were a hot mess – I purchased a unit recently and it overheats to the point of shutdown! It was a rushed product with bad cooling, and was removed from the market as quickly as it had arrived. At that point we weren’t sure we would see other AMD Mini-PCs, and I was somewhat aware that the focus for these companies was solely on Intel.

With Zen, and now Zen2, that has changed. It would appear that a number of companies like GIGABYTE and its competitors now see AMD’s mobile offerings as competitive in this Mini-PC space where batteries aren’t needed. Because these processors are soldered on like in the mobile form factor, a system comes as a unit with the processor attached, and so finding the right performance in the right form factor where there is demand are all dimensions to the puzzle to ensure a relevant product. 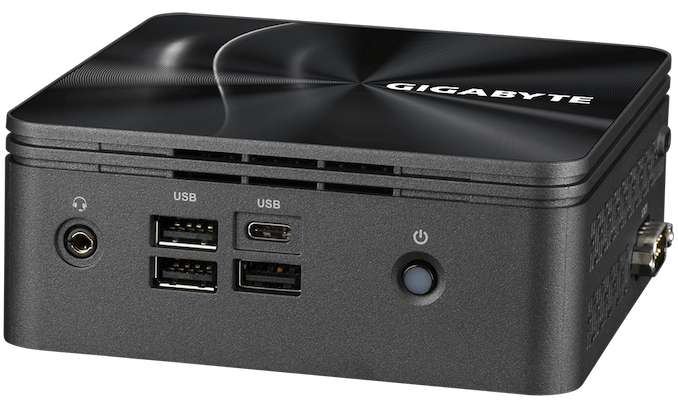 Despite AMD focusing on laptops with its Zen2 ‘Renoir’ processors, offering eight cores and sixteen threads, as well as Vega 8 graphics all within a 15-25 W form factor, this processor is very appealing for the mini-PC space. GIGABYTE has developed two product lines for its BRIX series: the standard BRIX, and BRIX S which supports an additional 2.5-inch SSD. 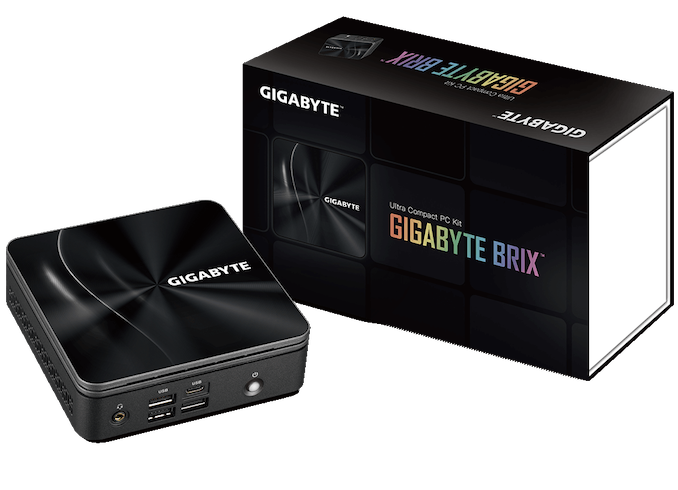 With the new BRIX and BRIX S series, users will also be able to support four display outputs, such as HDMI 2.0a, DisplayPort, and dual USB-C with DP passthroughs – double supported by the Mac Mini M1. Two SO-DIMM DDR4 slots enable up to 64 GB of DDR4-3200 memory, and for storage, all units will have an M.2 slot for storage which supports PCIe 3.0 x4 or SATA M.2 drives. On the BRIX S, there is also a SATA port for a 2.5-inch drive as well.

For connectivity, the BRIX and BRIX S lines will have 802.11ax (Wi-Fi 6) with Bluetooth 5.1 and 2.5 gigabit Ethernet – this last one I wasn’t actually expecting in a form factor like this, which usually goes with one or two single gigabit Ethernet ports, but it appears GIGABYTE sees value in 2.5 GbE here. The Realtek 8125 solution is being used, which I believe is the cheaper option.

For ports, all models will have two USB 3.2 Gen 2 Type-C ports (with DP), and five USB 3.2 Gen 1 Type-A ports. Audio is provided through a Realtek ALC225 controller and a headphone jack, and the BRIX S models also come with an RS232 COM port for industrial use (a key market for these). Commercial customers can also get additional support with extra LAN/COM if speaking direct to GIGABTYE. 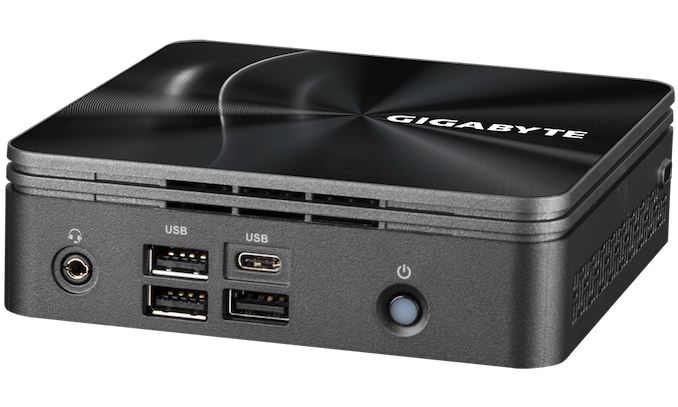 Each unit has 75/100 VESA mount support, and the power adaptor is capable of 135 W, which seems very aggressive for a 15 W system. Even with an M.2 storage drive, 64 GB memory, and all USB ports drawing power, I can’t see the system using more than 75 W, so 135 W is a bit overkill. GIGABYTE says it is using the 15 W TDP of these processors on its website, however with this power brick I can imagine this might be a typo and actually 25 W modes are being used.

We reached out to GIGABYTE USA on these, and they are still waiting on a timeframe and price for these models. It is suspected to be within the next few weeks, given that GIGABYTE HQ just issued a press release and the relevant product pages are now online.