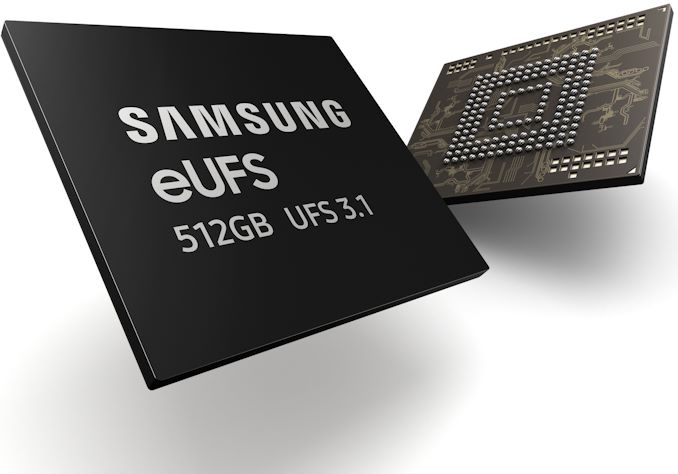 Samsung has kicked off mass production of its new, high-performance eUFS 3.1 storage modules. Designed primarily with high-end smartphones in mind, the embedded storage drives offer some of Samsung's fastest speeds yet, with read and write speeds similar to those of midrange SSDs for PCs.

Initially, Samsung’s eUFS 3.1 family of devices will include a 512 GB drive rated for sequential read speeds of up to 2100 MB/s, sequential write speed up to 1200 MB/s, as well upwards of 100,000 IOPS and 70,000 IOPS for random reads and writes respectively. Eventually, the lineup will also gain 128 GB and 256 GB drives to address less expensive premium smartphones.

Samsung does not disclose which of the new UFS 3.1 features are supported by its eUFS 3.1 512 GB drive, but given a considerably higher sequential write speed — 1200 MB/s vs. 410 MB/s offered by the previous-generation eUFS 3.0 devices — it is more than likely that the devices support Write Booster pseudo-SLC caching. 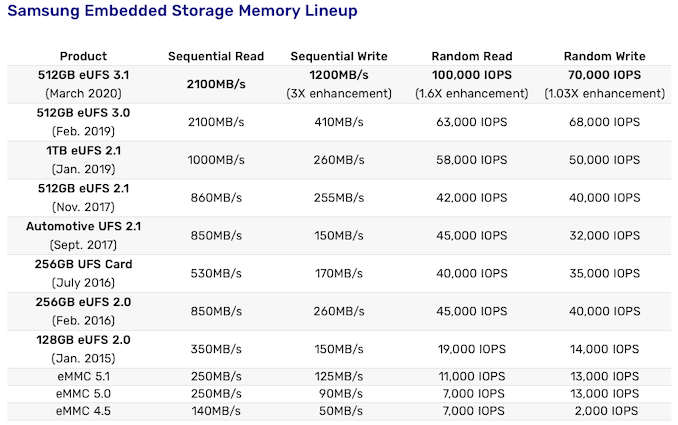 Like other memory and storage manufacturers, Samsung announces volume production of a new product after it delivers the first batch to a customer. But, while we had been hoping that this meant these new eUFS 3.1 drives would be used in Samsung's new Galaxy S20 series of phones, teardowns have already confirmed that those devices are using 3.0 drives. So whatever Samsung's newest storage modules are going into, it hasn't been released to consumers quite yet.

Overall, with the addition of a 512 GB eUFS 3.1 drive to its lineup, Samsung now offers one of the most comprehensive families of embedded storage devices, with products running the full gamut of performance levels and capacities. 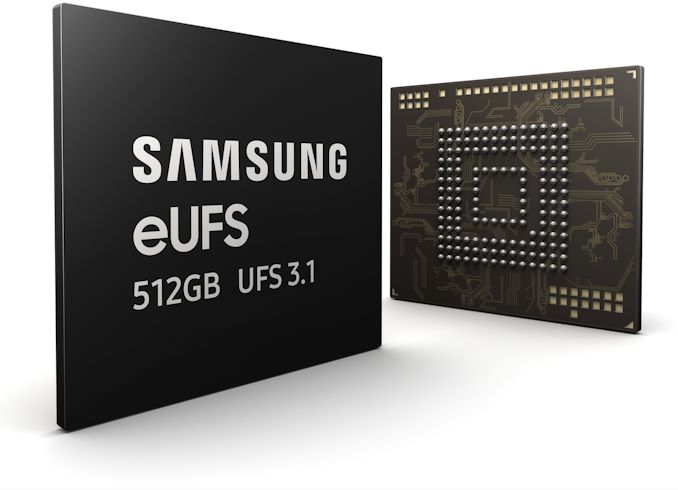