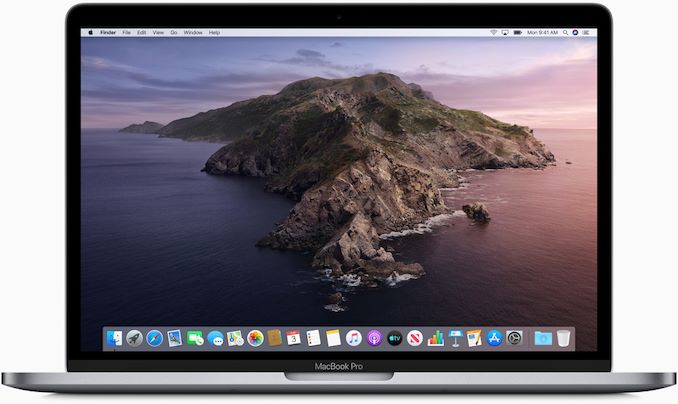 Apple on Tuesday introduced a new version of its entry-level 13-inch MacBook Pro notebook, which has not seen an update since mid-2017. The new model continues to feature the renowned form-factor along with two Thunderbolt 3 ports, but it now comes with a quad-core CPU, a True Tone Retina display, a Touch Bar and Touch ID. The upgraded versions will replace existing cheap MBPs and therefore Apple will no longer offer its latest MacBook Pros without a Touch Bar.

The mid-2019 entry-level 13-inch MacBook Pro is based on Intel’s 8th Generation quad-core Core i5/i7 processor with Iris Plus Graphics 645 integrated GPU. It is accompanied by 8 or 16 GB of LPDDR3 memory as well as an SSD offering 128 GB – 2 TB capacity. These machines are placed between the more advanced MacBook Pros with four Thunderbolt 3 connectors and the new MacBook Airs (introduced earlier today). The more expensive 13-inch MBP models introduced earlier this year come with considerably faster quad-core processors equipped with Iris Plus Graphics 655, whereas the cheaper MacBook Air notebooks feature dual-core CPUs along with UHD Graphics 617. 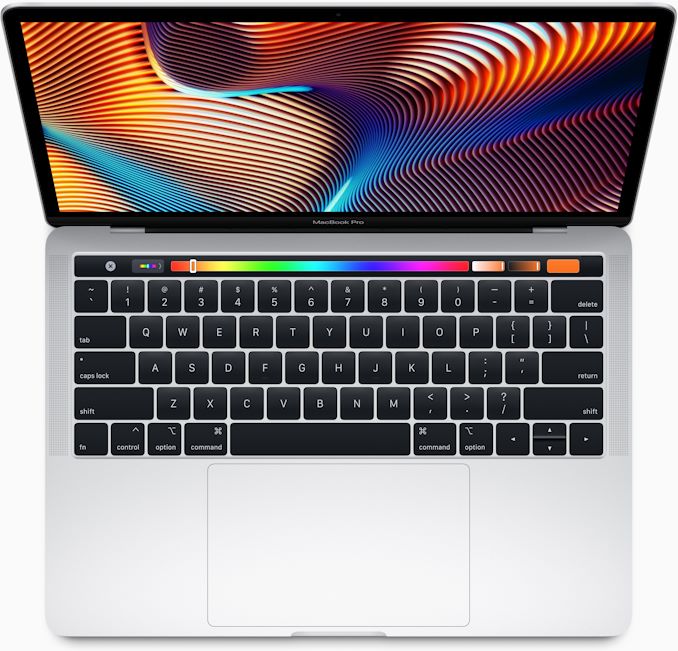 Unlike the previous-generation 13-inch MacBook Pro laptops, these new models have the same features as the higher-end SKUs, as they are equipped with Touch Bar, Touch ID fingerprint reader, and the Apple T2 Security Chip. Essentially, all new MacBook Pro machines will now have a Touch Bar (and no function keys), an indicator that the device turned out to be popular with software developers. Of course it remains to be seen whether Apple’s customers will be satisfied with such a design choice as many still need F keys for various special-purpose software (e.g., specific Windows programs).

When it comes to I/O capabilities, the new reasonably-priced 13-inch MacBook Pro notebooks also have the same features as the fully-fledged models (with the exception of two TB3 ports vs. four TB3 ports), including 802.11ac Wi-Fi + Bluetooth 5.0, a 720p HD webcam, a 3.5-mm headset jack, stereo speakers, a large touchpad. 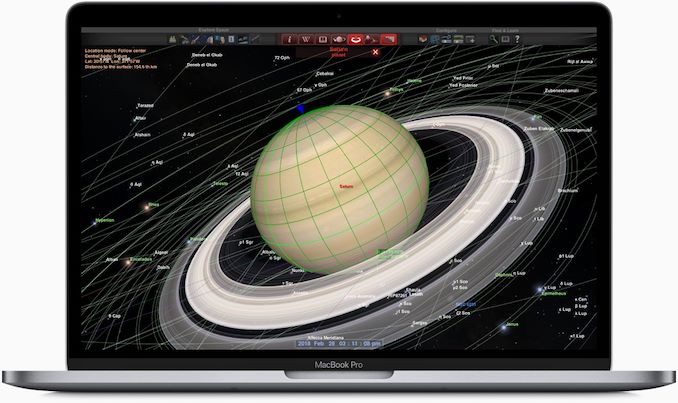 Since cheaper versions of Apple’s 13-inch MacBook Pro laptops use the same chassis as other notebooks in the series, they feature the same weight and thickness (i.e., 1.37 kilograms and 1.49 cm). The machines are outfitted with a 58.2 Wh battery that enables up to 10 hours of operation on one charge.

Apple’s new entry-level 13-inch MacBook Pro notebooks with two Thunderbolt 3 ports are available today directly from Apple for $1,299 and $1,499 depending on the configuration. College students in the US can get a new MacBook Pro starting at $1,199.