05:55PM EDT - One of the more interesting talks is from Tachyum, who have a deep presentation about their new hyperscale Prodigy processors with up to 64 cores and eight channel memory. Tachyum is headed up by one of the original co-Founders of SandForce and Wave Computing. The talk is set to start at 3pm PT / 10pm UTC. 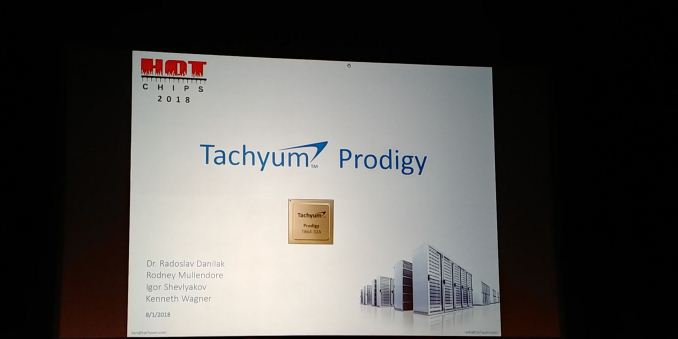 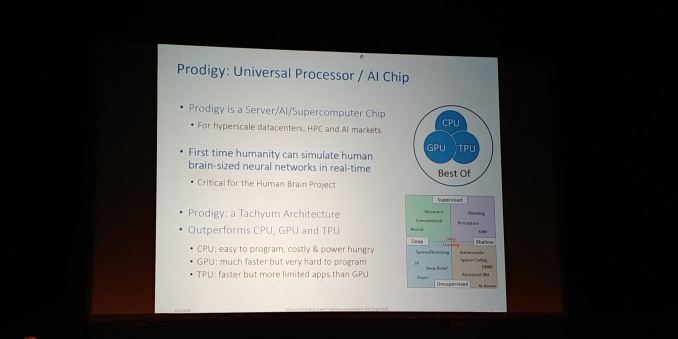 06:01PM EDT - Prodigy is a server/AI/supercomputer chip for hyperscale datacenters

06:01PM EDT - Is programmable and optimized

06:02PM EDT - AI based on spiking model requires other hardware 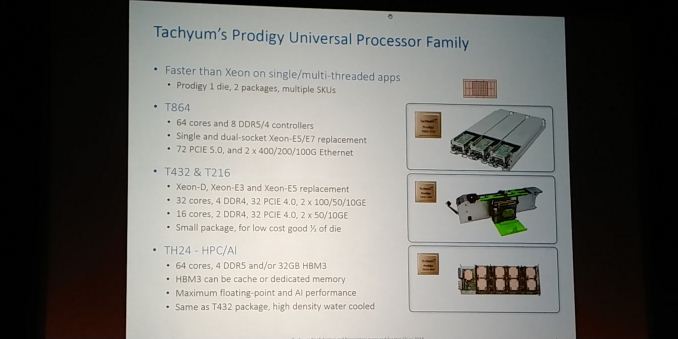 06:03PM EDT - Each core will be faster than Intel Xeon 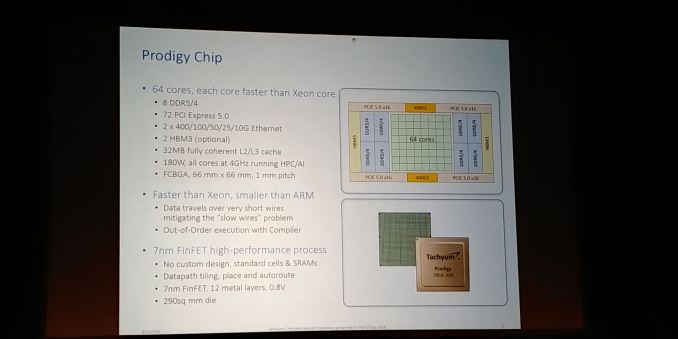 06:05PM EDT - In order design - out of order execution with compiler 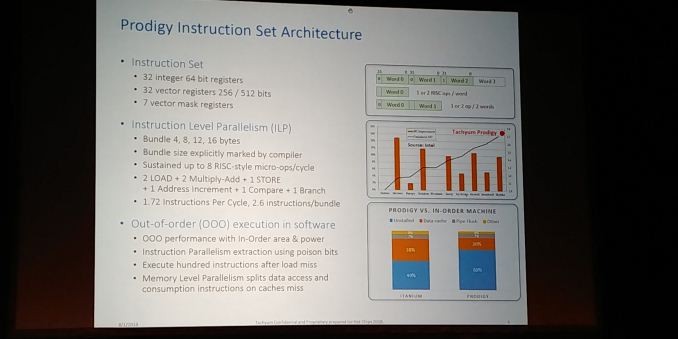 06:07PM EDT - based on bundle size from compiler

06:08PM EDT - Itanium was stalled 50% of the time due to dynamic scheduling. Normal OoO core is about 15%. Due to our simulator, we achieve less than 20% stall

06:08PM EDT - Can do OoO and speculation in software without expensive hardware 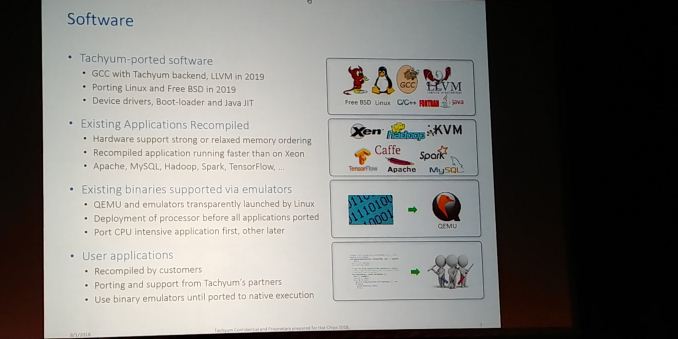 06:10PM EDT - Learning from Arm entering the hyperscale space - took over 12 months and $100m to compile and port to Arm 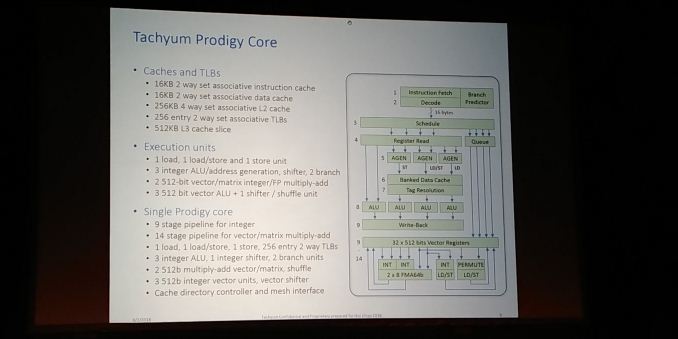 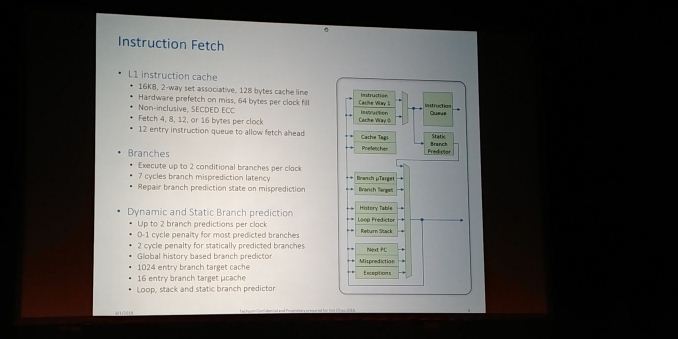 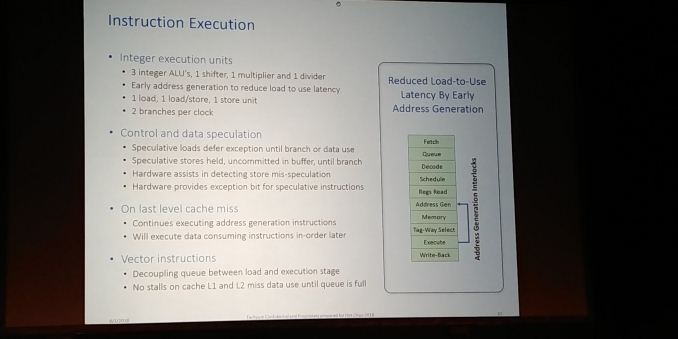 06:14PM EDT - 9-stage pipeline due to no register renaming required 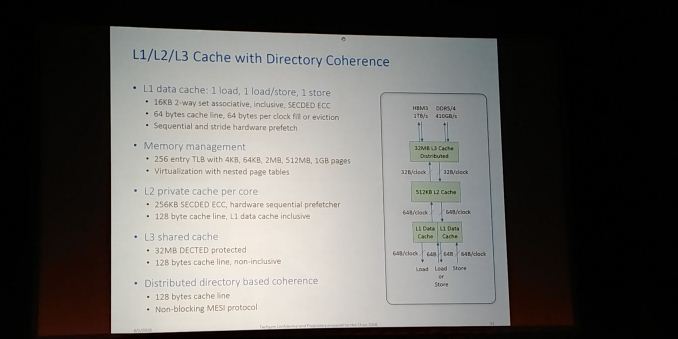 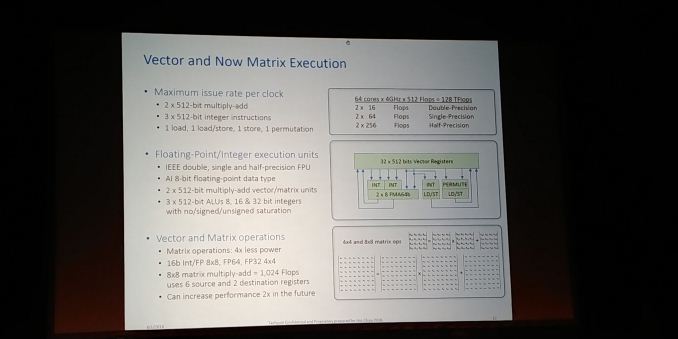 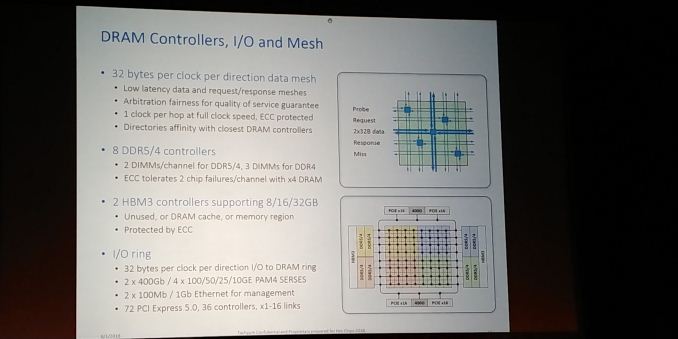 06:16PM EDT - important for no packet loss and reduces congestion 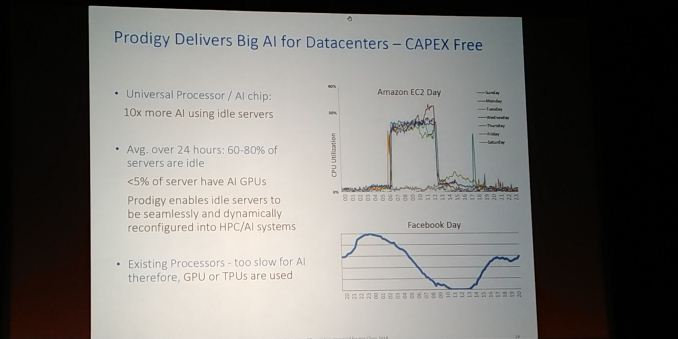 06:18PM EDT - Our chips you can run servers and then AI when idle 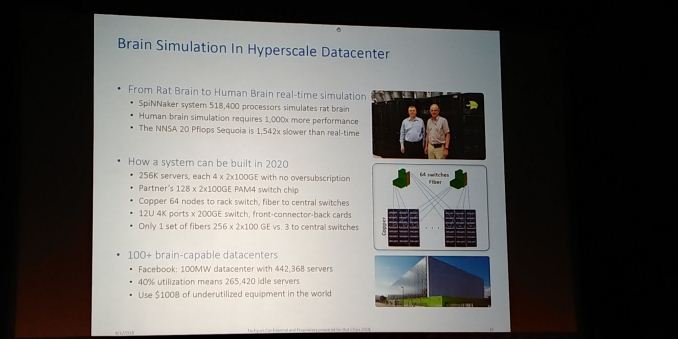 06:19PM EDT - With our chip, those chips can run AI during downtime 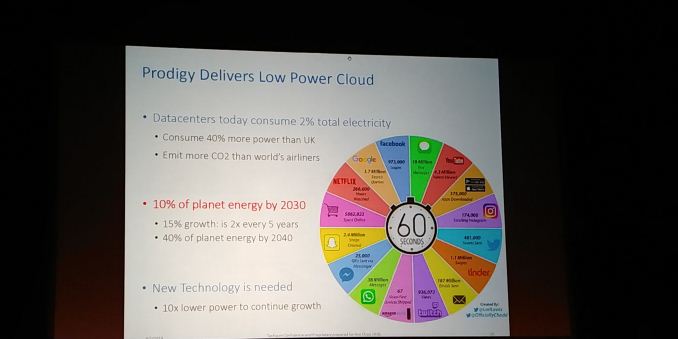 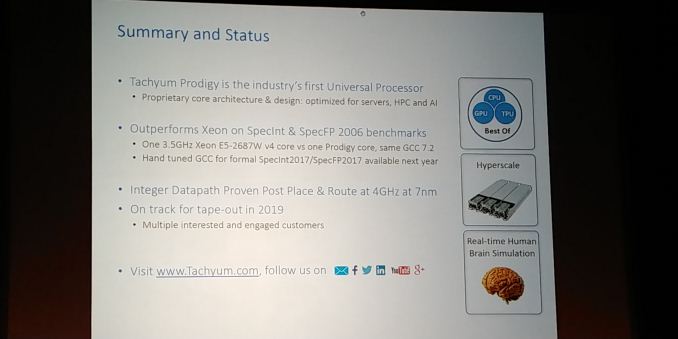 06:23PM EDT - Integer Datapath is in place - currently limited by speed of SRAMs

06:26PM EDT - Q: I feel like deja vu - at Hot Chips, Intel introduced VLIW-concept Itanium that pushed complexity onto the compiler. I see traces of that here. What are you doing to avoid the Itanium traps? How will you avoid IP from Intel? A: Itanium was in-order VLIW, hope people will build compiler to get perf. We came from opposite direction - we use dynamic scheduling. We are not VLIW, every node defines sub-graphs and dependent instructions. We designed the compiler first. We build hardware around the compiler, Intel approach the opposite.

06:27PM EDT - Q: You mention emulation for x86. What kind of penalty in performance? A: About 40% performance loss. Significant because our customer didn't want us to invest in that, as 90% of their software will be natively compiled by next year. It's a temporary deployment. Binary 4.0 GHz emulated still outperforms 2.5 GHz Xeon

06:28PM EDT - Q: How do you dodge the patents in place in this? A: We building a new beast. Our tech is significantly different. This is America.