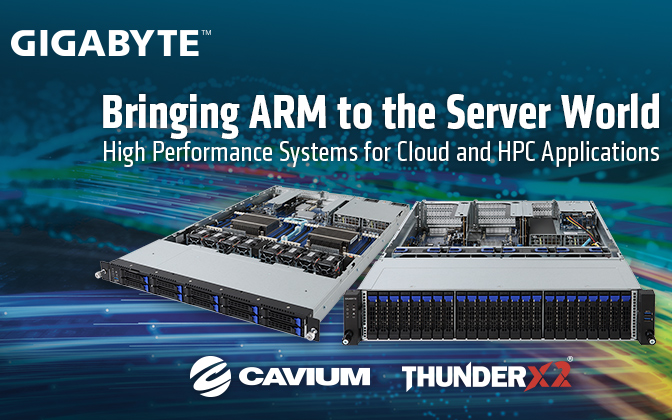 GIGABYTE's server division has started sales of its first servers based on Cavium’s ThunderX2 processors with up to 32 cores. Being among the primary companies to begin selling machines powered by these CPUs, GIGABYTE offers a lineup of two servers designed for cloud and HPC applications.

GIGABYTE’s family of ThunderX2 servers currently includes two machines: the 1U R181-T90 and the 2U R281-T91. Both servers are based on Cavium’s ThunderX2 CN9975 processor featuring 28 cores running at 2.0 GHz as well as GIGABYTE’s MT91-FS1 motherboard (offered with slightly different configurations). The manufacturer promises that it will release other versions of the ThunderX2 machines based on faster 28-core and 32-core processors shortly, but does not elaborate. The platform has 28 DIMM slots supporting up to 1536 GB of DDR4 memory per box (792 GB of octa-channel memory per socket). The 1U server can support up to 10 2.5-inch drivers, whereas the 2U machine can connect up to 26 2.5-inch storage devices. 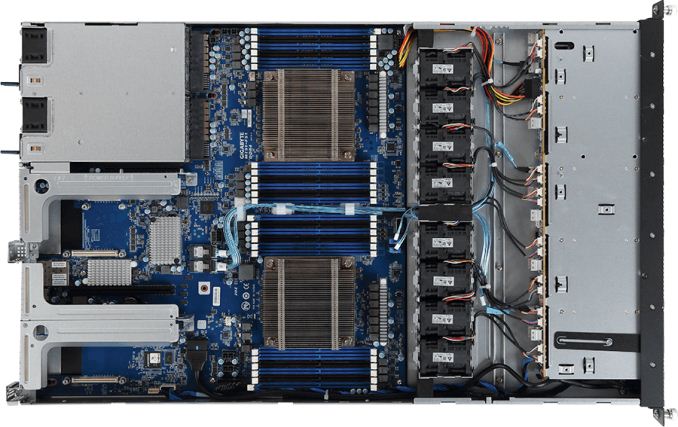 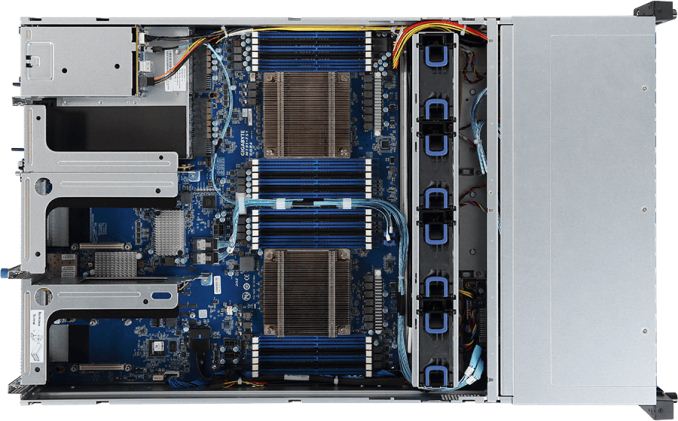 GIGABYTE’s R181-T90 and the R281-T91 machines are equipped with dual redundant 1200-W 80Plus Platinum PSUs, so end-users and system integrators will have enough power to configure the servers according to their requirements.

GIGABYTE’s R181-T90 and R281-T91 servers are exclusively available from PhoenicsElectronics in Europe and the U.S. MSPRs are unknown, which is not surprising as machines will be configured differently for different applications. 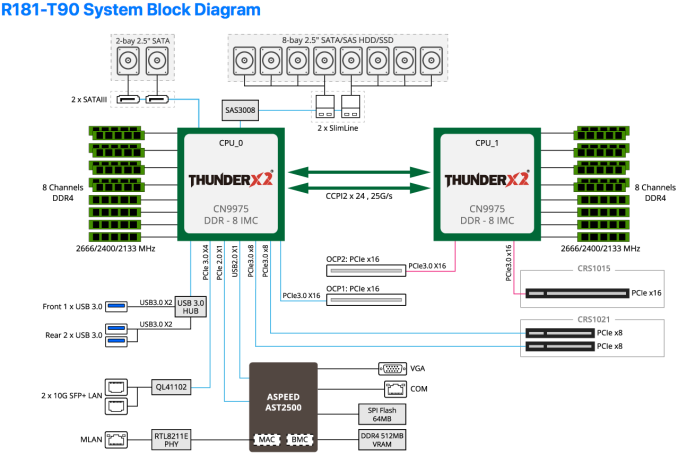 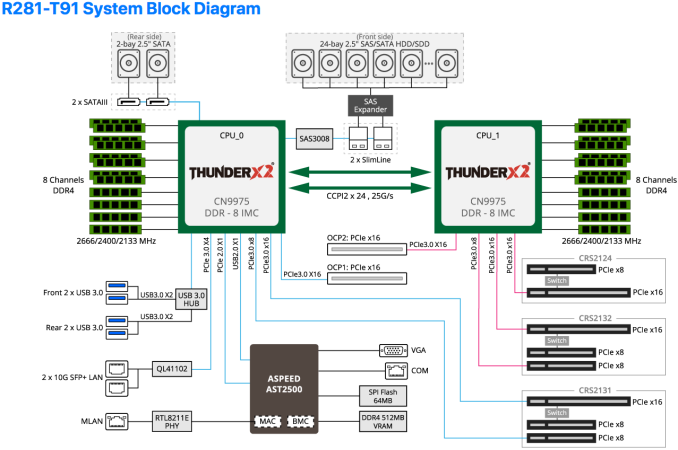 One of the reasons why servers running Armv8 SoCs are slowly gaining traction is due to software support. Programmers need to recompile their applications for Arm, but this process is taking a long time because the hardware itself is not widely available. Earlier this year GIGABYTE started to offer its ThunderXStation systems to software makers interested in Armv8. Therefore, at least some developers have received GIGABYTE’s ThunderX2-based machines and therefore the situation with software should be improving. At the same time, since only one of GIGABYTE’s partners currently offers Armv8-based servers and workstations, it is expected that the ThunderX2 platform will eventually spread to other partners.