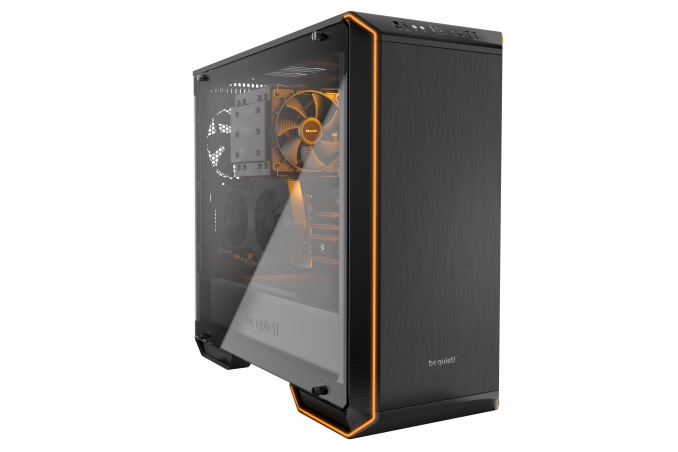 be quiet! has shared details about its new mid-tower case the new Dark Base 700. The DB700 will offer users integrated RGB lighting, USB 3.1 Type-C, and plenty of options for a wide-range of cooling from air to custom water cooling. The chassis is able to fit ATX, Mini-ITX, and some E-ATX motherboards (to 12.08” x 10.82”) which gives owners a lot of options for what parts will go inside the case.

Settling in behind the flagship full tower Dark Base 900 chassis, the mid-tower 700 looks very similar on the outside sharing the same design aesthetic, all black - including LED trim surrounding the front panel. About the only thing missing between the two is the cool Qi charger in the 900 Pro. The case only comes in black; however, the trim LED comes in six switchable colors and three modes. It is also able to synchronize with most motherboards or RGB controllers. The left side panel is made out of tempered glass and is held securely to the frame with four thumb screws. The remainder of the panels are made from brushed aluminum and include sound insulation mats while the internal structure is made from steel. The front panel jacks are located on front and top of the case and angled down so as to gain easier access from the front. The front panel includes a power and reset buttons, two USB 3.0 ports, a USB 3.1 Type-C port, microphone and headphone jacks, as well as a fan controller which controls the fans connected to the included PWM controller on the back of the motherboard tray. 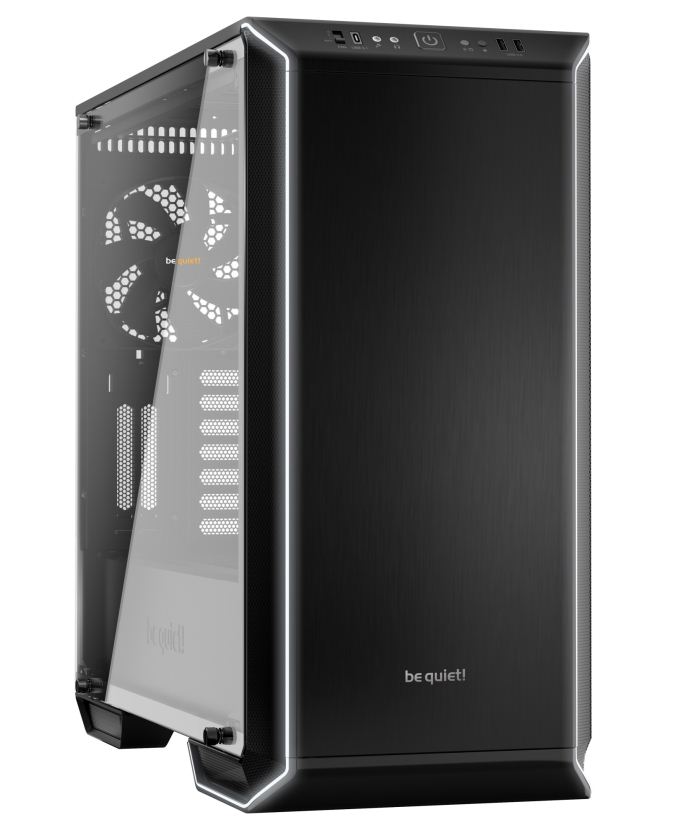 The setup inside the case allows for multiple configurations as the motherboard tray is able to be inverted, or removed, and can be used as a bench table. The Dark Base 700 has a removable drive cage able to house three 2.5-inch and seven 3.5-inch drives. The 3.5-inch bays are able to hold two 2.5-inch drives simultaneously for a total of 17 2.5-inch drives possible.

With the drive cage installed, the chassis will hold up to a 286mm(11.25”) video card. When the cage is removed, that balloons up to 430mm(16.9”). The maximum height for the CPU cooler is 180mm(7.08”) fitting many available on the market. The PSU shroud covers the mess of wires and also comes with detachable plates making it possible to install fans at the bottom of the case or on top of the PSU shroud. This still leaves enough space for a radiator in the front and getting the air where it needs to go. 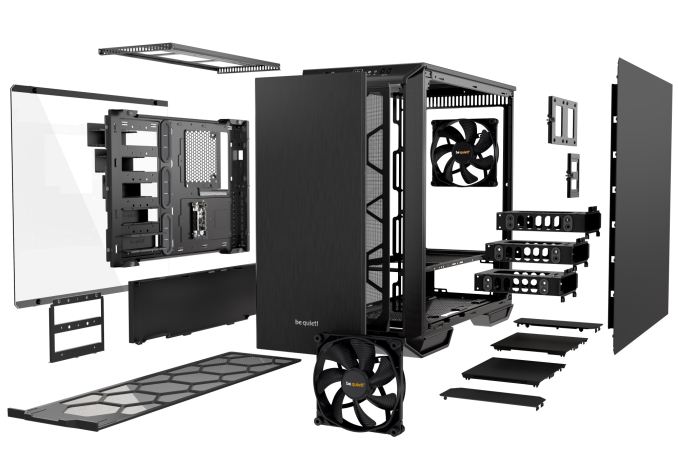 Radiators can be placed in any of three locations; the Top - supports up to 360mm, Front - up to 280mm/360mm, and the Rear – a 120mm or 140mm will fit. The top of the case includes a unique slide-out panel where the fans/radiator would mount. This nifty feature takes away the cumbersome task of removing the radiator for maintenance and makes the initial mounting easier. 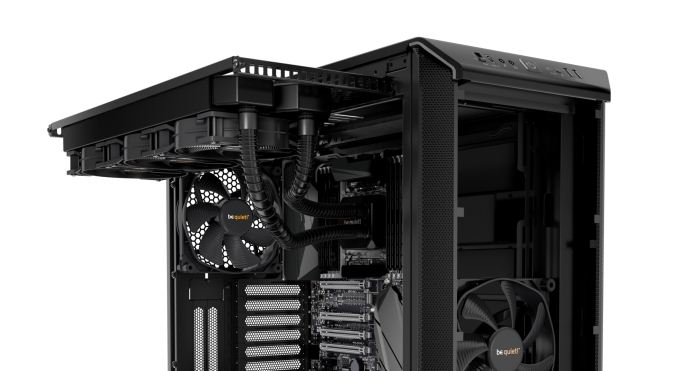 Included in the case are two Silent Wings 3 140mm PWM fans installed in the front and rear of the case. There is room for three fans up top, two additional fans in the front, another on the bottom, and last, on the PSU shroud. All slots support both 120mm and 140mm fans. The Dark Base Pro also is able to control up to six PWM fans using its dual-rail fan controller which is mounted on the back of the motherboard tray. The connectors are divided evenly over two rails and each are switchable between silence and performance modes or can be synced and run at the same speeds. 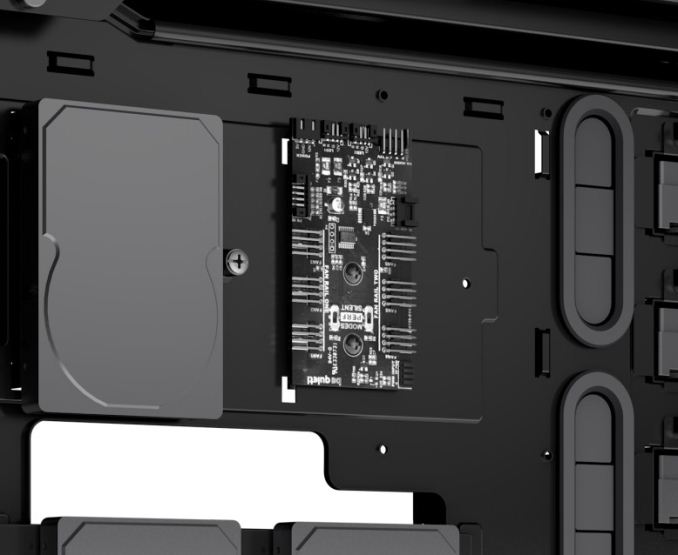 The Dark Base 700 is scheduled for release on this week. Pricing, according to a Tom's Hardware Review of the case, is $180. A fairly hefty price tag, but the case's features can offset that initial shock.

Gallery: be Quiet! Dark Base 700 Gallery