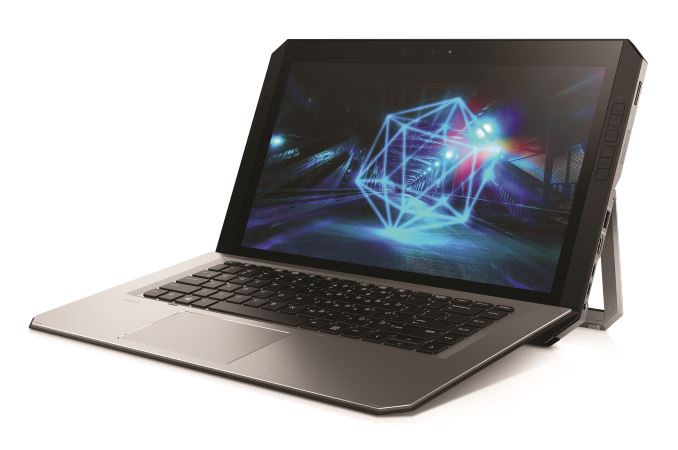 Today at the Adobe MAX conference in Las Vegas, HP will showcase their new HP ZBook x2. The ZBook x2 will be HP's first detachable PC workstation, and, HP claims, the most powerful. The new ZBook x2 is the latest of several detachable PC releases from HP that started earlier this year. The HP Spectre x2 and HP Elite were introduced earlier with an updated appearance and hardware specifications. HP’s goal with the ZBook x2 was to maintain creative workflows for artists, designers, and digital imaging professionals, and increase productivity without leaving their creative flow to do so. 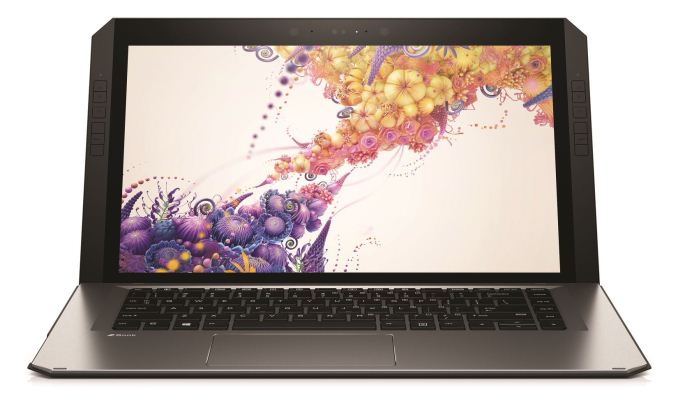 For their latest worktation-class product, HP worked with customers from amateurs to professionals in determining workflow bottlenecks and how to get around them. What they found was an age-old complaint: devices were not delivering the performance users wanted, and lag plus instability further hurt usability. Their blueprint to fix these problems is to have a better application experience, better visualizations, and higher reliability for increased productivity.

It is pen and touch-enabled and comes with an anti-glare coating to minimize reflections in bright ambient light. On both sides of the display are 18 quick keys; these quick keys offer 3 preset shortcuts for Adobe Photoshop, Illustrator, and Lightroom. When working in tablet mode, users have access to their shortcuts without a keyboard using these keys (programmable as well) which keeps efficiency intact. The pen itself uses a passive, battery-less technology (Wacom EMR)- never needs charging, claims to have virtually zero latency, and has a total of 4,096 pressure sensitive levels. Unfortunately, the pen does not come with the device and is sold separately. 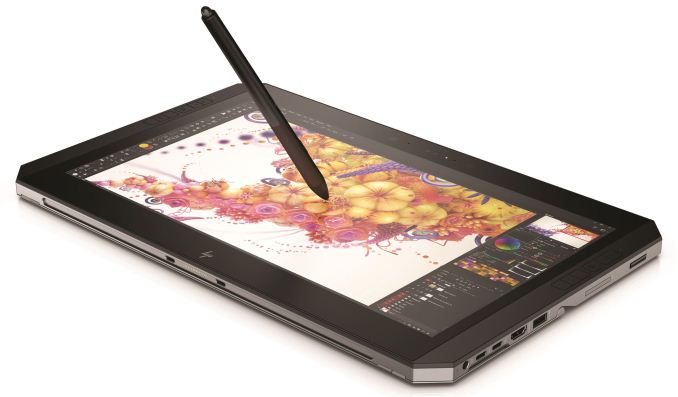 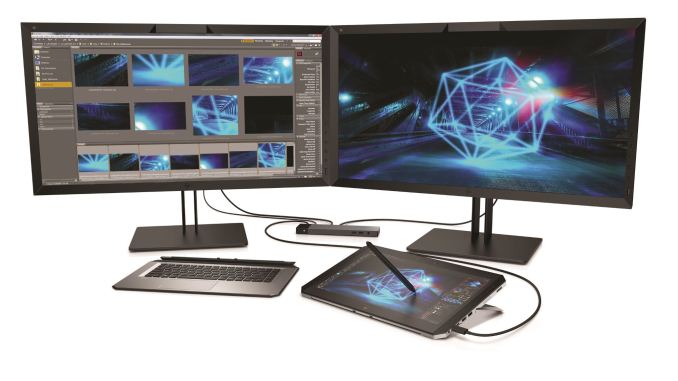 The aluminum decked backlit LED keyboard, HP says, is a full-size commercial keyboard made mobile. The keys sport 1.5mm travel and 18.7mm pitch and is detachable for additional freedom of use. Connectivity between the system and keyboard is via Bluetooth when not connected. The monitor also has three webcams: two front-facing 720p, one with IR capabilities, and an 8MP world facing camera. With the front IR camera, the device is capable of supporting Microsoft Hello. 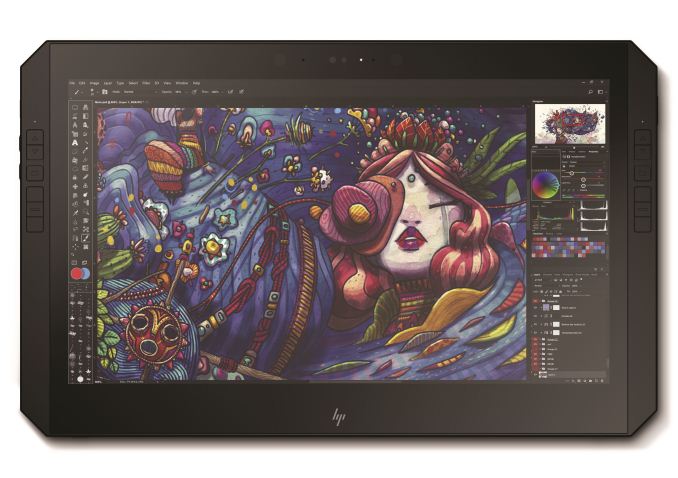 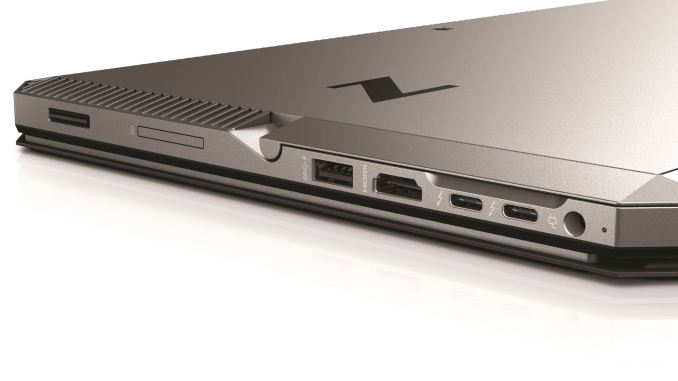 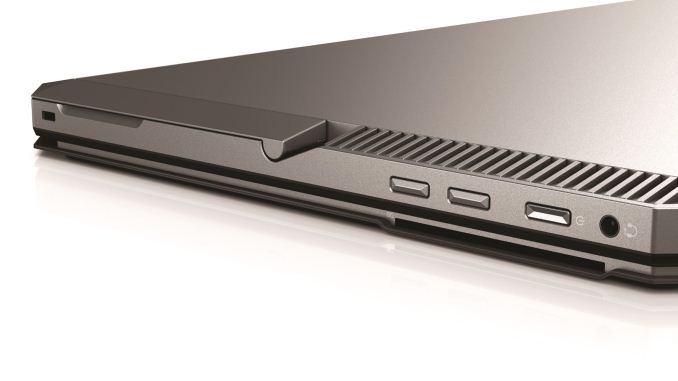 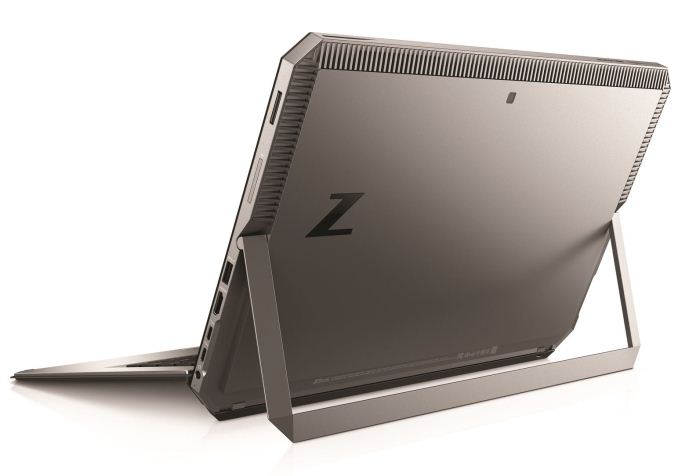 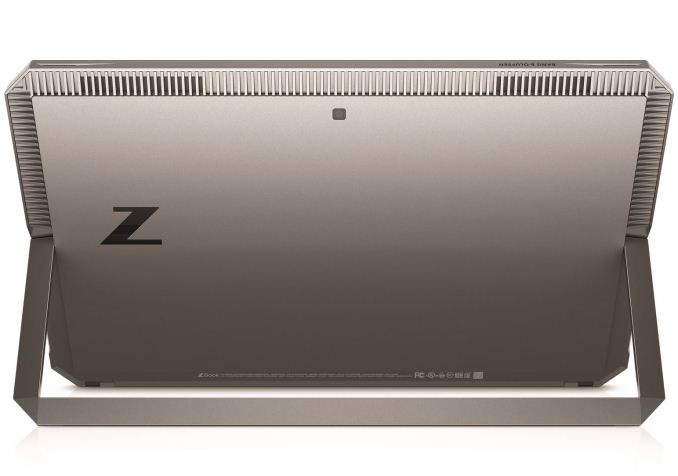 Internally, the ZBook x2 supports both 7th and 8th generation Intel CPUs from the i7-7500U to the i7-8650U. The flagship CPU, i7-8560U, comes in with a base clock of 1.9 GHz and boosts up to 4.2 GHz. Memory capacity is up to 32GB DDR4-2133 non-ECC SDRAM across 2 SODIMMs. 32GB of ram is double what most other detachables provide helping with multitasking and large file manipulation. Internal storage options range from a 128GB M.2 SATA SSD, up to 2TB PCIe NVMe M.2 SSD. Internal storage is not user upgradeable, however, there are two Thunderbolt 3 ports for additional external connectivity as well as a USB 3.0 Type-A port, which HP lists as having "charging" capabilities.

Available graphics include the Intel HD 620 or UHD 620 built into the devices CPUs, or a discrete GPU as an option in the NVIDIA Quadro M620 (2GB GDDR5 dedicated). Networking capabilities are all wireless and handled by the HP HS3110 HSPA + Intel Mobile broadband module. It is dual-band wireless AC and supports Bluetooth 4.2. In order to keep these devices cool, HP reinvented their cooling solution for the ZBook x2. Dual fans take in cooler air from the sides, run it across the hot spots through heat pipes, and exhaust it out of the top. The 70 Wh Li-ion battery is said to last up to 10 hours with Hybrid graphics and Intel HD graphics configurations.

HP says pricing isn’t available for global markets yet, however, the starting price for the US is $1749. They will begin shipping in early December.