Update (7/31/17): The original version of this article incorrectly stated that AMD had released this software update. Radeon Pro Software Crimson ReLive Edition for Vega-based Radeon Professional Graphics is not available for download today, and will be published when Vega-based professional products are released. At this time, this includes the $2199 MSRP Radeon Pro WX 9100 and $6999 MSRP Radeon Pro SSG (Vega), both of which are slated for September 13.

ReLive Edition for Vega Pro comes with support for 8K and High Dynamic Range (HDR) displays, something that was included in this past Thursday’s release of Radeon Pro Software Enterprise Driver 17.Q3 for non-Vega Radeon Pro products. Likewise, ReLive enhancements from 17.7.2 will also be present in the Vega Radeon Pro software. 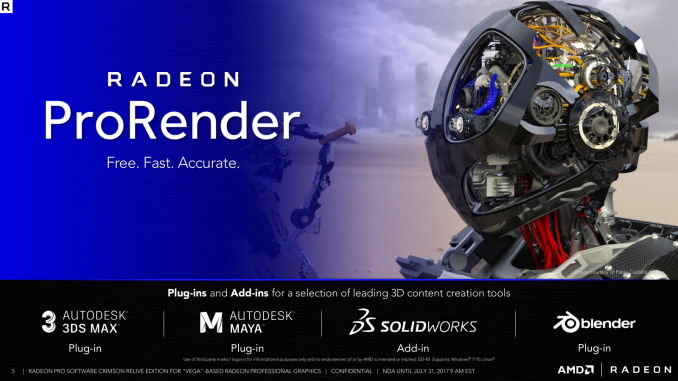 This version also comes with bug fixes and enhanced features for the Radeon ProRender plugins/add-ins such as Autodesk 3DS Max, Autodesk Maya, Solidworks, and Blender. Additionally, AMD notes that Radeon ProRender will be integrated into the upcoming R19 release of MAXON Cinema 4D. 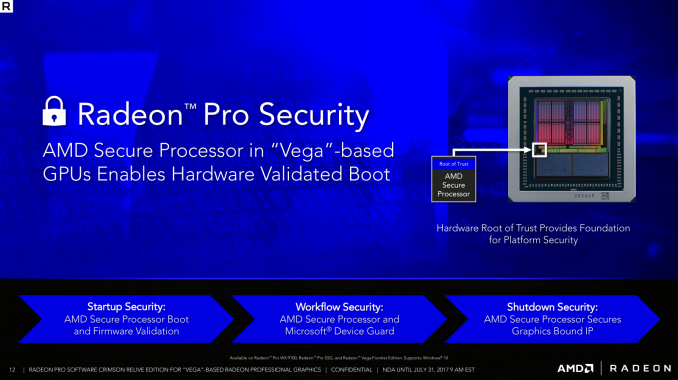 Security-wise, the Pro WX9100, the new Vega SSG, and Vega Frontier Edition have AMD Secure Processors, a feature recently seen in EPYC and Ryzen Pro CPUs. This hardware root of trust operates during both boot time and shutdown, and works in conjunction with Radeon Pro Software and Microsoft Device Guard. 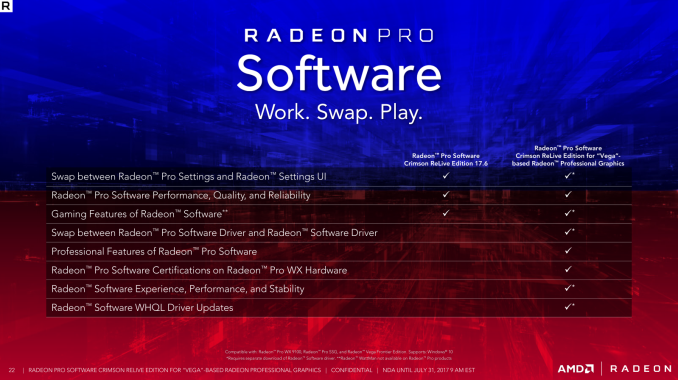 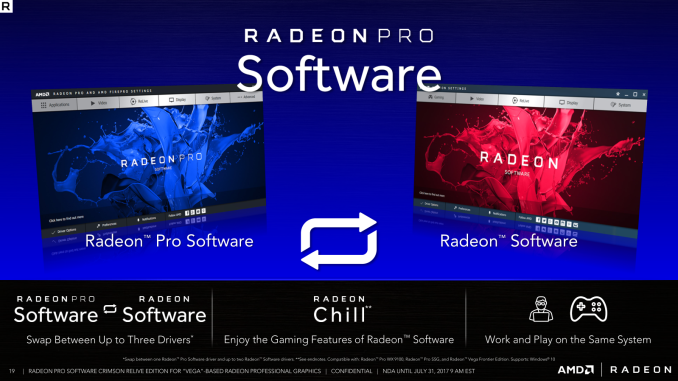 ReLive Edition for Vega Pro allows the user to actually load two Radeon Software gaming drivers in addition to the installed professional driver. This will enable the use of gaming software features (except WattMan for adjusting GPU frequency). The swap functionality is intended for both game development workflows and just plain convenient gaming. AMD has clarified that this feature is only available for Vega-based professional products at the moment. 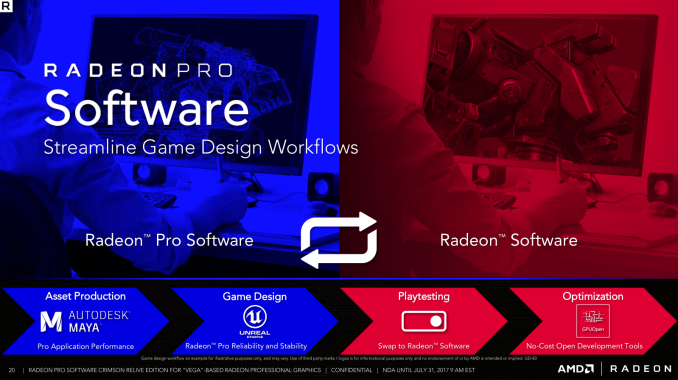 These drivers can be found at the AMD workstation graphics driver download page once Vega-based Radeon Pro cards are available.