Lenovo Refreshes The MIIX Tablet With the MIIX 720

Lenovo has already announced updates to many of their business focused ThinkPad lineup, but today they are also announcing a successor to the MIIX 700 with the MIIX 720. The new model offers quite a few nice changes, but also a price bump over the predecessor.

Of course, as a new product launching in 2017, the MIIX 720 upgrades the CPU to Kaby Lake, but unlike the Core m7 version in the MIIX 700, the new model appears to feature 15-Watt processors. Lenovo doesn’t list the exact CPU models available, but they do list In the HD 620 graphics, rather than the HD 615 which would be featured on the Y series, so expect the MIIX 720 to offer up to a Core i7-7500U CPU, assuming the graphics aren't a typo. Despite the higher powered CPU, the device dimensions have not changed, nor has the weight, with the MIIX 720 keeping the same 292x210x8.9mm dimensions and 780 gram weight (11.5x8.27x0.35” and 1.72 lbs). This means that they’ve added active cooling, which is a disappointment to some, but more performance, which should be pleasing to most. 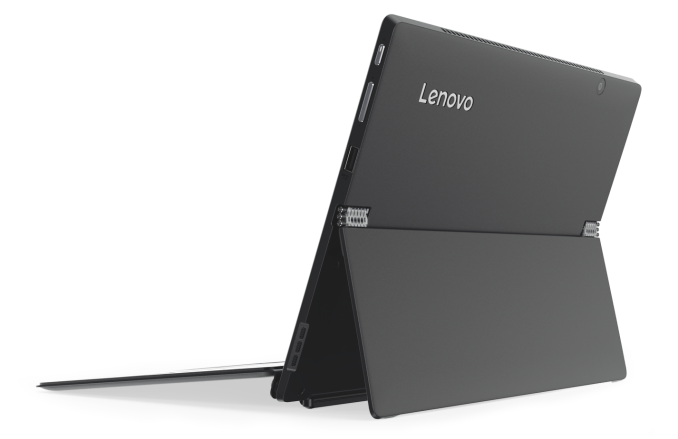 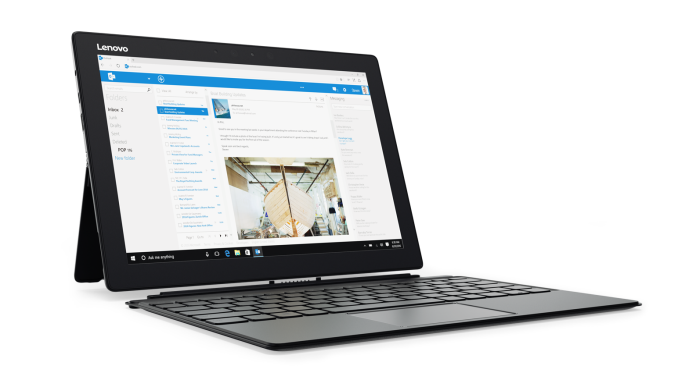 The battery is only 41 Wh, and Lenovo rates the MIIX 720 for up to 8 hours of battery life. This is a reasonable sized battery for a small tablet like this, where severe internal constraints always limit available battery capacity.

The tablet also features a Windows Hello capable front-facing camera, which something that is great to see on more and more devices. Once you’ve used a device with Windows Hello, it’s really tough to go back.

As with the previous MIIX 700, the MIIX 720 features a detachable full-sized, backlit keyboard, and there is a new Lenovo Active Pen 2 which will be included on the second wave of device shipments, which offers a clickable shortcut button for Windows Ink, and up to 4096 levels of sensitivity. 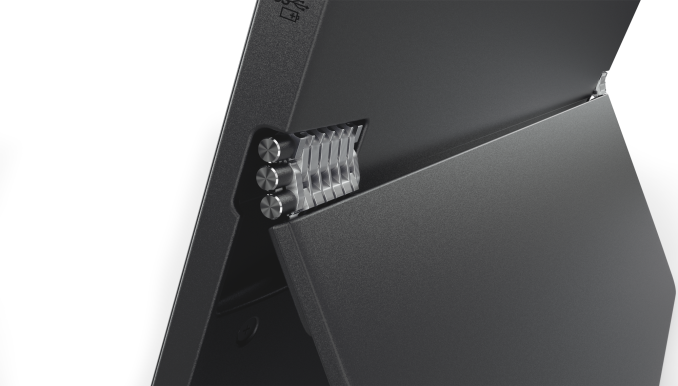 The MIIX 720 also features the watchband hinge on its kickstand, which is one of the most elegant solutions around.