G.hn's claims of being better than HomePlug AV2 in real-world scenarios was always something we had wanted to test out for ourselves. In order to evaluate the claims, we took out all the powerline adapters that had come in for review over the last four years and subjected all of them to the same iperf benchmarks under the same conditions across different power outlets in a residence. Prior to going into the details of the evaluation, let us take a look at the features of the different powerline adapters being considered today. 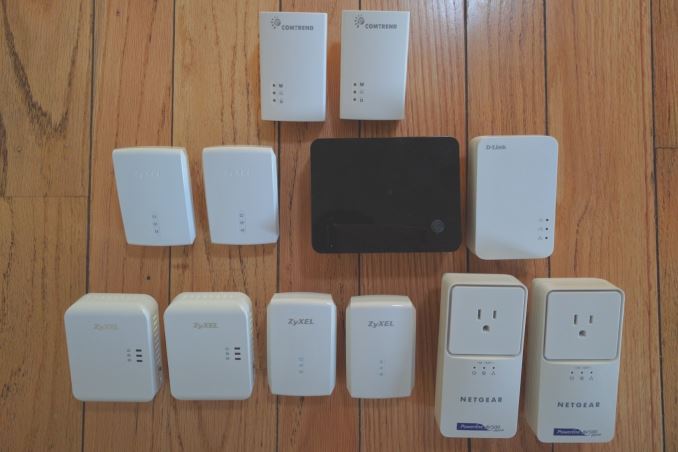 All the testing was carried out in a 1800 sq. ft. single-level detached California residence built in the 1970s. The rough floorplan of the house, along with the testing locations, is presented below. 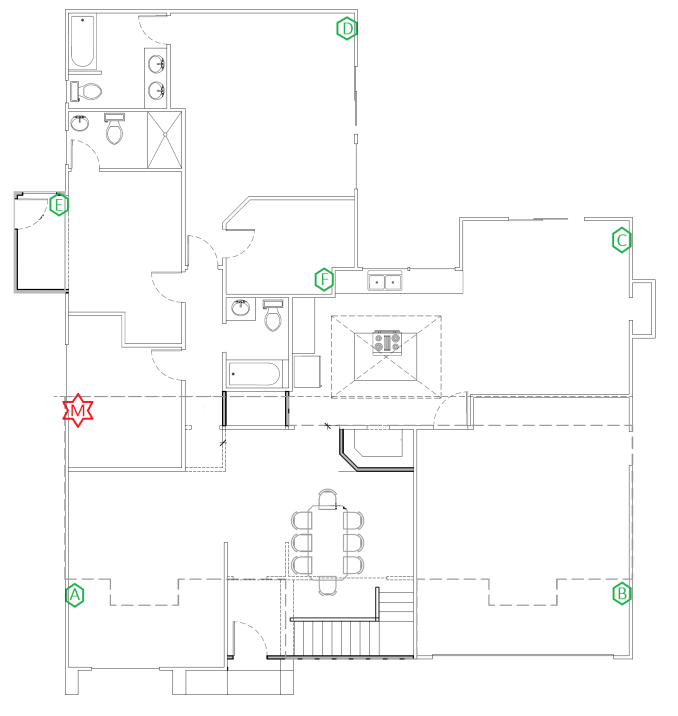 The purpose of our benchmarking was not to tune the stream configuration for obtaining maximum possible bandwidth. Rather, we wanted to replay the same stream for multiple adapter sets in order to determine comparative performance. iperf with default parameters was used for benchmarking. On the 'server', we ran the following command:

The 'client' was connected to it using the following command:

The number of parallel streams were tested between 20 and 25 for the TCP case. The maximum obtained bandwidth was recorded. For the UDP case, we altered the bandwidth to test in order to arrive at the value that resulted in less than 1% packet loss during transmission. The roles of the server and client were then reversed, and the same benchmarks were processed.