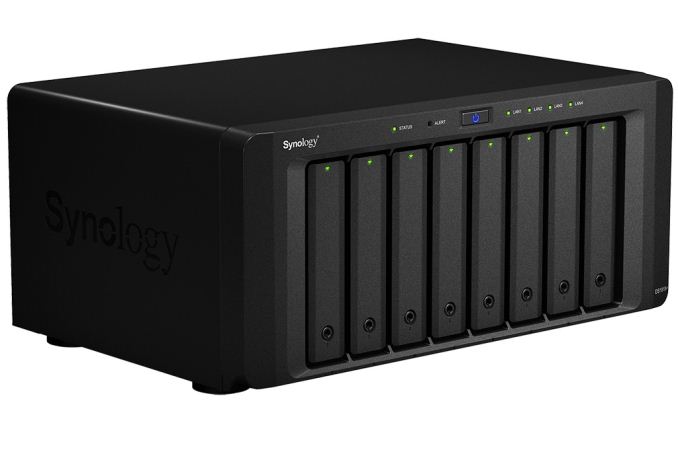 In the last week of September, Synology launched their Intel Rangeley-based DS415+. In our review, we found it resolved most of the issues encountered in the previous Atom-based SMB NAS units (such as performance with encryption enabled and latencies when subject to multi-client access). While 4-bay units tend to cover the needs of the lower end of the SMB spectrum, higher bay counts are necessary for the other segments. Towards this, Synology is launching the 8-bay DS1815+ today.

The main SoC in the unit is still the Intel Atom C2538 (same as the DS415+). The differences between the DS415+ and the DS1815+ (in addition to the obvious difference in the number of bays) include expandable memory (one free slot), two extra GbE ports, and support for an additional DX513 expansion chassis (total of two, compared to one in the DS415+). Unlike the 100W external adapter in the DS415+, we have an internal 250W PSU in the DS1815+.

The specifications of the DS1815+ are summarized in the table below.