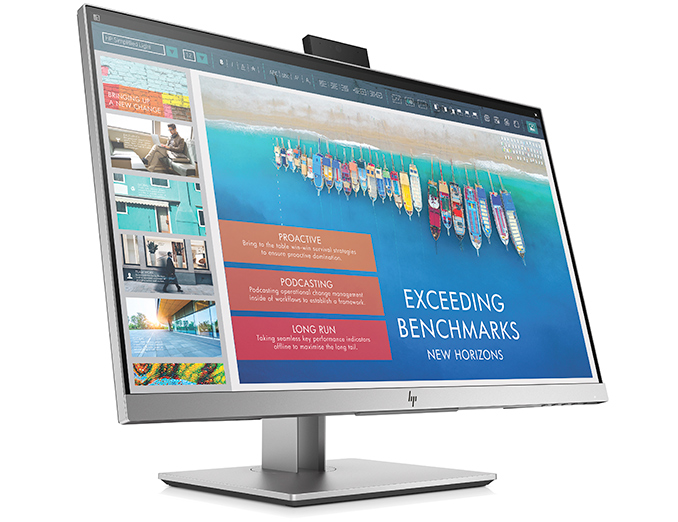 HP has released its first office display that can serve as a docking station for laptops equipped with a USB Type-C port. The EliteDisplay E243d has an integrated pop-up webcam, a GbE controller, a USB 3.0 Type-A hub, and supports USB power delivery. The monitor will hit the market later this year and for a docking-capable monitor is surprisingly inexpensive, with a price tag just over $300.

The HP EliteDisplay E243d relies on an IPS panel featuring a 1920×1080 resolution, 250 nits brightness, a 1000:1 contrast ratio, 178° horizontal/vertical viewing angles, a 7 ms response time, and a 60 Hz refresh rate. The panel itself is unpretentious at best: it is good enough for office workloads, but it cannot impress multimedia or gaming enthusiasts. Meanwhile, the key selling point of the EliteDisplay E243d are its docking capabilities. 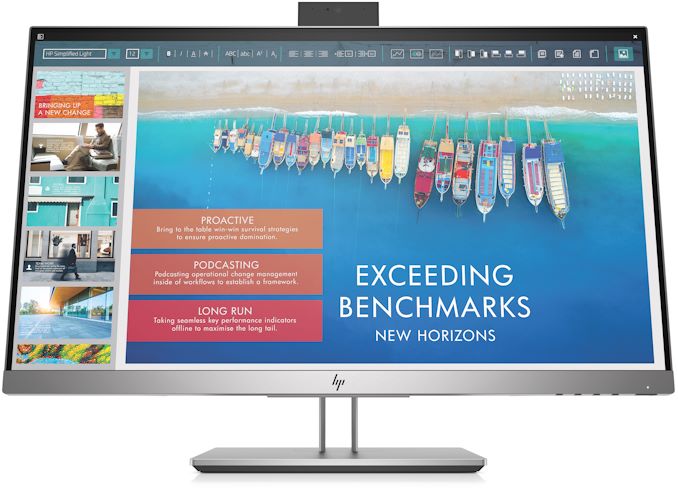 The monitor comes equipped with a pop-up 720p webcam with a dual-array microphone, a GbE network controller, and a quad-port USB 3.0 hub. On the host side of matters, as the display is primarily meant to be used with USB-C, it's best used with a laptop that sports a USB-C port along with DisplayPort 1.2 Alt Mode capabilities (which is virtually all laptops). Making full use of USB-C, the display can also deliver up to 65 W of power, which means that most 13-inch laptops (and some 15-inch laptops) can be powered by the monitor. To maintain compatibility with non-USB-C computers, the E243d also has one D-Sub and one HDMI 1.4 input. 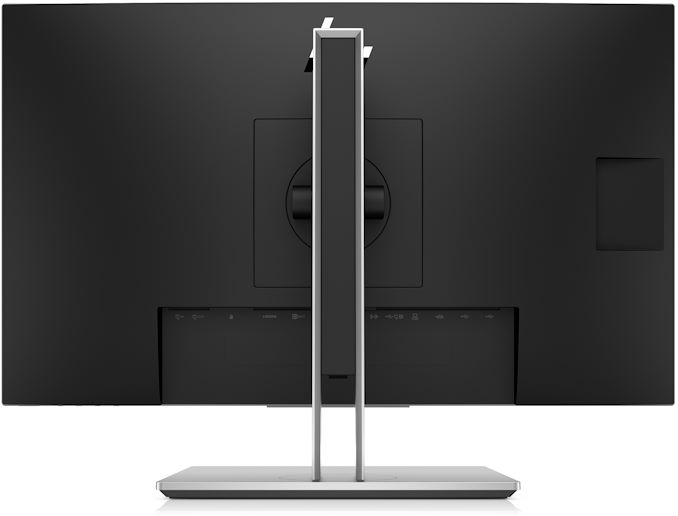 Another positive thing about the EliteDisplay E243d LCD is its adjustable stand that can regulate height, tilt, swivel, and can enable both landscape and portrait modes.

The HP EliteDisplay E243d will be available this December at prices starting from $329. While there are 24-inch Full-HD on the market that are considerably cheaper, only HP’s device is equipped with numerous extra features that greatly simplify lives of office workers with laptops. 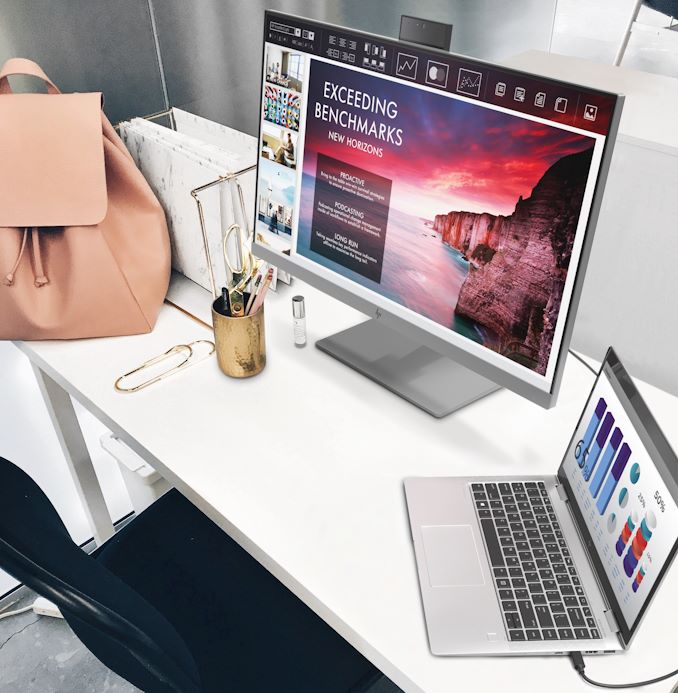