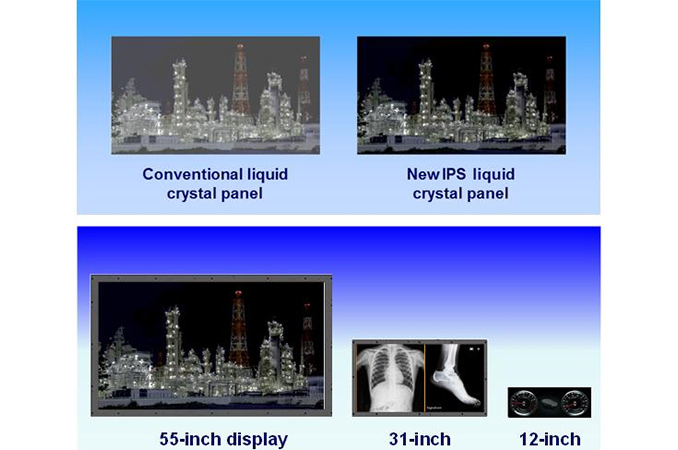 Panasonic has developed a new type of IPS liquid crystal panel that has a 1,000,000:1 contrast ratio, as well as a peak brightness of up to 1000 nits. Many LCD displays often advertise such contrast ratios which are measured against a dynamic backlight and are essentially meaningless, but in this case Panasonic is talking about the static contrast ratio of the display, which only reaches as high as 2000:1 on a typical IPS display. Little information is available about the technology at this point, but Panasonic claims that it is achieved by implementing pixel-by-pixel control of backlight intensity and that panels featuring the tech can be produced using contemporary LCD manufacturing facilities.

One of the key advantages that OLED displays have over LCD displays is extremely high contrast ratio that results in superior blacks. The reason why OLEDs can display deeper blacks is simple: such panels do not use backlighting and can completely switch pixels off when they need to display blacks. By contrast, LCDs use backlighting that cannot be turned off on a pixel-by-pixel basis, which is why in many cases blacks look like dark greys.

In the most optimal case, an LCD display will use full-array backlighting, where there are several LEDs placed directly behind the liquid crystal layer. This allows for a degree of control by performing local dimming of certain areas, which is how LCD televisions have managed to meet the standards required for HDR certification. However, the precision of the backlight control is not close to that of an OLED display which works at the pixel level. Even more common, especially in monitors and less expensive televisions, is the use of edge lighting where LEDs are placed along the edges of the display and the light is distributed across the panel using a guiding plate, which means you can really only control the overall brightness across the entire display.

As it appears, Panasonic has found a way to substantially increase contrast ratio of IPS LCDs using a high-brightness backlight and a special layer of light-modulating cells that enable pixel-by-pixel control of backlight intensity. These cells are made of light-tolerant liquid crystal material that has different light-transmission properties compared to those used in the display cells. The layer of light-modulating cells is placed between the backlight and the LCD cells and thus can control light leakage. At a high level, one could think of them like gates placed behind each pixel on the display.

Panasonic does not reveal many details about its light-modulating cells, but since it uses the term “cells”, it clearly indicates that we are dealing with a relatively thick layer of liquid crystals, not a thin layer of quantum dots (you can see an illustration from Nanosys (a company that produces quantum dot films that are currently used on Samsung TVs and displays) to compare “cells” versus “quantum dots”). 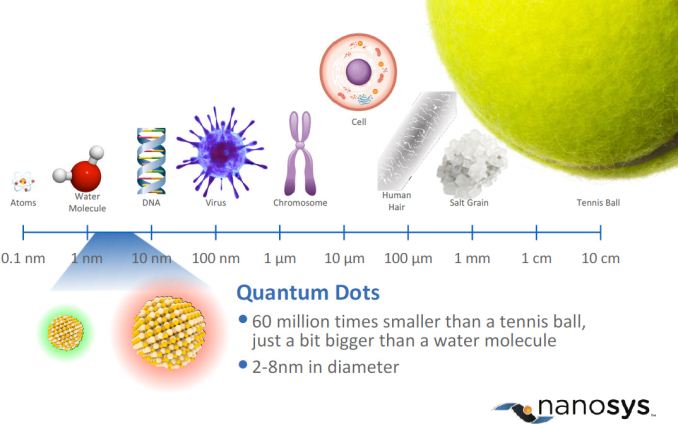 Usage of a high-brightness backlight and a layer of light-modulating cells enable Panasonic to build display panels with up to 1000 nits brightness as well as a static contrast ratio of 1,000,000:1. These figures mean that a black level of 0.001 nits should be possible, which is well beyond what even the best full-array backlit LCD displays can offer today.

Panasonic claims that the addition of the layer can be done using the existing equipment for LCD manufacturing, but it's not clear how costly the technology will be to implement or if it requires further components to be added to the LCD stack. The company plans to offer displays featuring the new technology for various professional applications, such as video production, medical, automotive, engineering and so on. Given the positioning, it is obvious that the price of IPS displays with enhanced contrast will be well above that of mainstream monitors.

Panasonic intends to start sample shipments of its new monitors in January, 2017, so the commercialization of the technology will not be too far off.