However, for our tests in this review, we measure the power consumption of the processor in a variety of different scenarios. These include full AVX2/AVX512 (delete as applicable) workflows, real-world image-model construction, and others as appropriate. These tests are done as comparative models. We also note the peak power recorded in any of our tests.

The specifications for this processor list 64 cores running at a TDP of 280 W. In our testing, we never saw any power consumption over 280 W:

Going through our POV-Ray scaling power test for per-core consumption, we’re seeing a trend whereby 40% of the power goes to the non-core operation of the system, which is also likely to include the L3 cache. 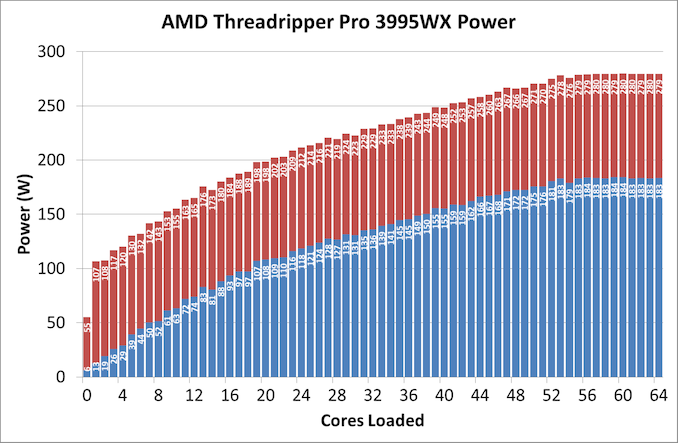 We only hit the peak 280 W when we are at 56-core loading, otherwise it is a steady climb moving from 7 W/core in the early loading down to about 3 W/core when fully loaded. What this does for core frequencies is relatively interesting. 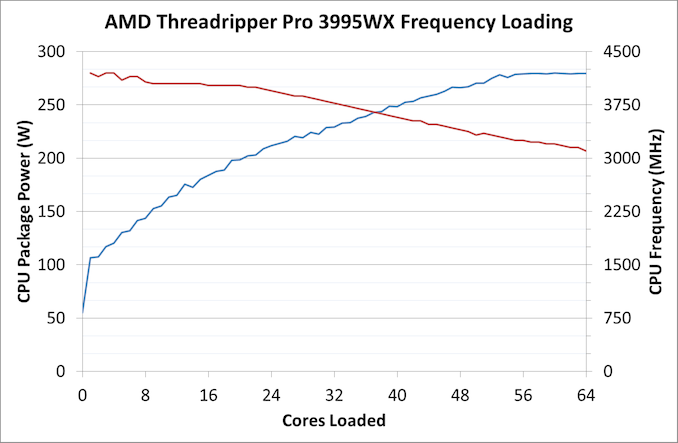 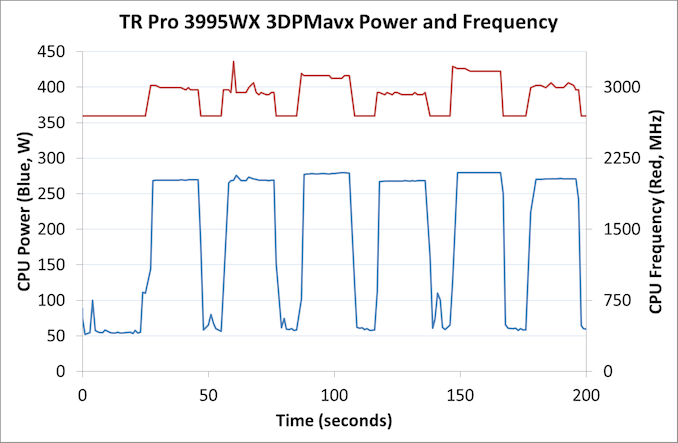 For an actual workload, our 3DPMavx test is a bit more aggressive than POV-Ray, cycling to full load for ten seconds for each of its six algorithms then idling for a short time. In this test we saw idle frequencies of 2700 MHz, but all-core loading was at least 2900 MHz up to 3200 MHz. Power again was very much limited to 280 W.