Well, it's official - Verizon is getting the iPhone 4. The Apple/Verizon relationship developed over the last two years. The two companies began technical discussions starting in 2008 about bringing the iPhone to Verizon. The phone then spent a year in testing and design and starting early next month, the iPhone 4 will come to Verizon.

The Apple/Verizon relationship is formalized in a multi-year, non-exclusive agreement. However we have no additional details, including whether or not release schedules will be synchronized with AT&T. 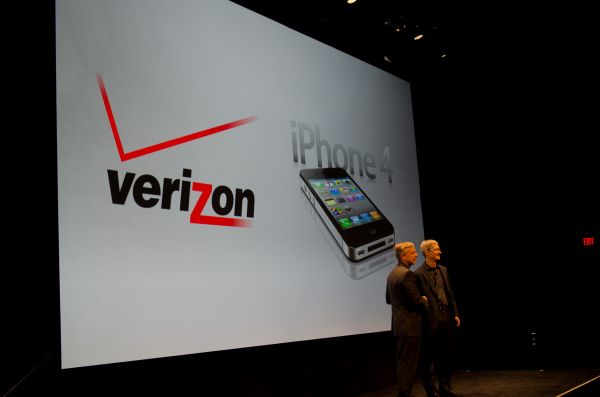 At Verizon's press conference there's a lot of mutual respect sharing between the two companies. It looks like there's a desire to establish that these two companies want to work together and will continue to going forward.

The phone will sell for $199.99 for a 16GB version, and $299.99 for the 32GB version. The Verizon iPhone 4 will feature wireless hotspot capabilities allowing you to connect up to 5 devices to it over WiFi. Verizon indicated that you wouldn't be able to use voice and data simultaneously, consistent with other CDMA devices on its network.

More as we get it.