Biostar's Racing line of motherboards seem to come in two varieties - either completely color neutral or with a number of stripes and primary colors across the board. The Z490GTN fills the slot in the former, with the main accents being the heatsinks using a 30-degree incline as a form of consistent styling. The 'Racing' logo on the power delivery heatsink to the left of the socket is also angled, and in a metallic finish. There are no LEDs on board, however there is a +5V and +12V LED header for additional customization. 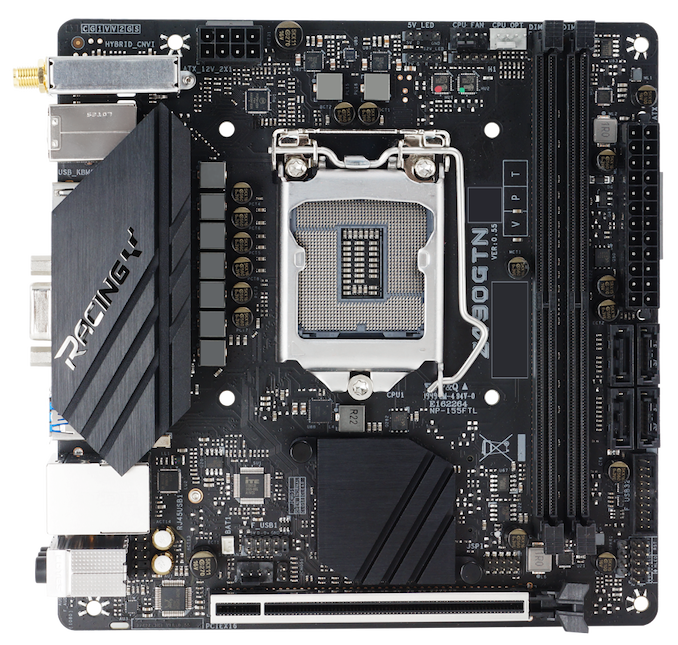 The socket area on the board isn't as cramped as it first seems, although the power delivery heatsink to the left does appear tall. The DRAM modules on the right hand side do appear to be at Intel's minimum requirements for distance, so perhaps thin and tall heatsinks might be preferred here. The socket area does look clean, however, and the chipset heatsink is at a lower height due to its proximity to the PCIe slot, which has to cater for the large and bulky graphics cards.

The top left of the board has a slot for a Wi-Fi add-in card, although Biostar does not include one for the standard $200 package. This is unfortunate, as adding in even Wi-Fi 5 here would make the board better value. Next to this is the 8-pin 12V connector for CPU power, and thankfully this is at the edge of the motherboard. We've seen quite a few mini-ITX variants over the years put this connector next to the middle of the rear IO panel, which makes cable routing a mess, but putting it here at the edge of the board is preferable. 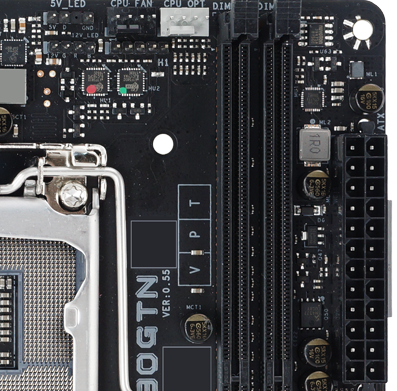 Moving to the right, we have the two RGB connectors mentioned previously, and two of the board’s 4-pin fan headers. There is a third 4-pin header, although it sits just above the PCIe slot, which might make its use difficult with large graphics cards. Continuing at the top of the board, we have two DDR4 slots with dual latches, which Biostar say is capable of up to 64GB of DDR4-4400. Biostar uses the Daisy Chain topology for its memory here, which it claims allows for better overclocking support. We tried our DDR4-5000 kit, just to see if it would work - unfortunately not!

Beneath the 24-pin ATX power connector are our four SATA ports, and these ports are designed to enable users to remove any locking SATA cable without needing to remove others - this is why we see this reversed layout, and it's one that I've been advocating for for quite a while. The other storage option, the PCIe 3.0 x4 slot, is found on the rear of the board, as is typical with mini-ITX designs. Beneath the SATA ports is a USB 3.0 front panel header and the front panel connector. 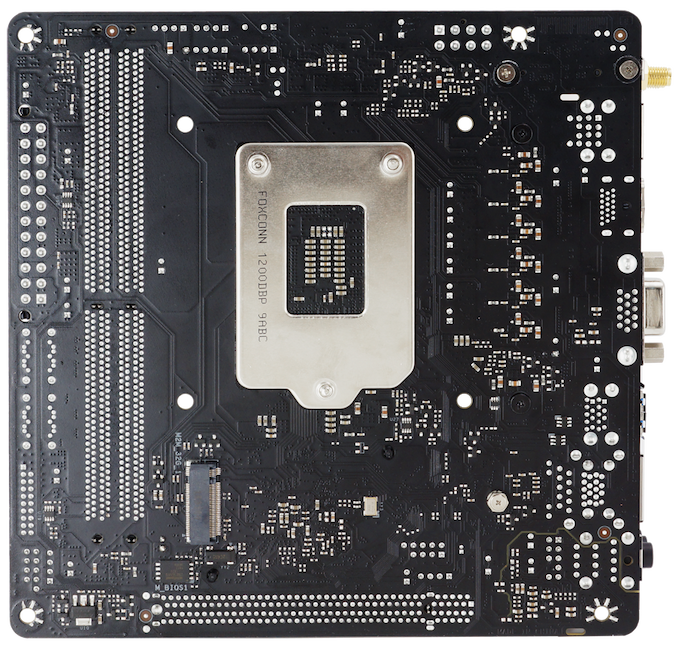 At the bottom of the board is the PCIe 3.0 x16 slot, reinforced with what it calls 'Iron Slot Protection'. This is becoming a standard on most motherboards, at least for the primary PCIe slot, especially as high-end graphics cards get heavier and systems are transported - the Iron Slot Protection (and its equivalents) help reinforce the slot so it doesn't tear out of the PCB in these situations. 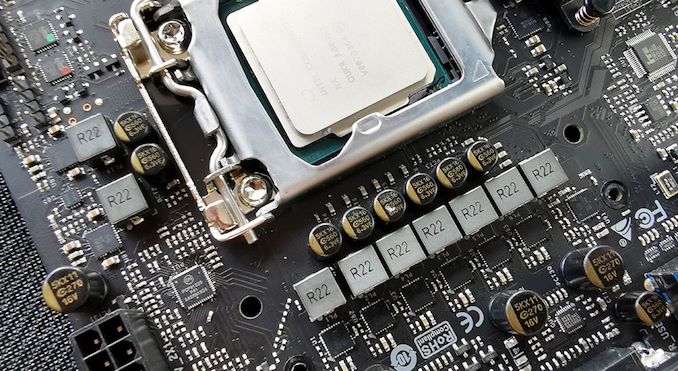 The Biostar Racing Z490GTN is using a 6+2 power delivery which is controlled by an ON Semiconductor PCP81229 PWM controller operating in 6+2 mode. For the CPU section, there are six ON Semiconductor NCP302155 55 A power stages, with two NCP302155 55 A power stages for the SoC. Cooling the CPU section of the power delivery is a simple aluminium heatsink with small inserts to direct airflow. It isn't very bulky however. 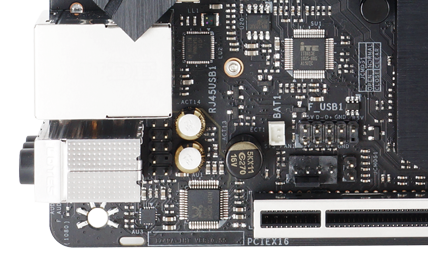 Above the PCIe slot is the chipset and chipset heatsink, along with the third 4-pin fan header and USB 2.0 header - this isn't a great place for a USB 2.0 header to be honest, just because the cables will be a mess to arrange. The audio header is just behind the audio rear panel outputs, and this is sandwiched in with the audio caps on the other side - a bulky audio connector designed for high quality audio signal transfer might have issues fitting in this space. The audio codec used is the Realtek ALC892, usually the codec for cheaper motherboards and slightly above the base ALC887 option, but given this product is $200 we really should be seeing the ALC1150 at a bare minimum here.

People often question the use of a PS/2 port on modern motherboards - to be honest, on my testing systems, I use them where possible just because as an interrupt based protocol, I can guarantee entry into the BIOS with it. There is the downside of not being able to plug one in without turning the system off, but some of these systems also end up in legacy equipment, and require these connectors (same with the D-Sub video output).

$200 used to be a strong battleground for ATX motherboards, with each motherboard having one specific high-end feature to help promote it. The only 'high-end' feature here on this Biostar board above the standard is that Intel I215-V gigabit Ethernet port. We really should be seeing an ALC1150 codec on a board for this price, and adding in Wi-Fi (even Wi-Fi 5) would sweeten the deal. 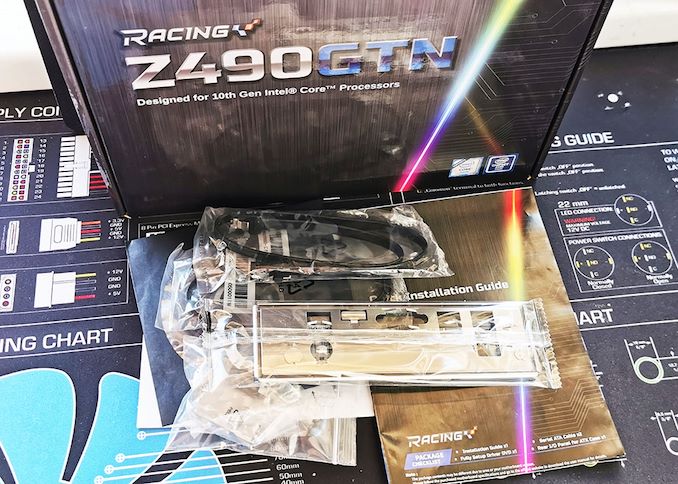