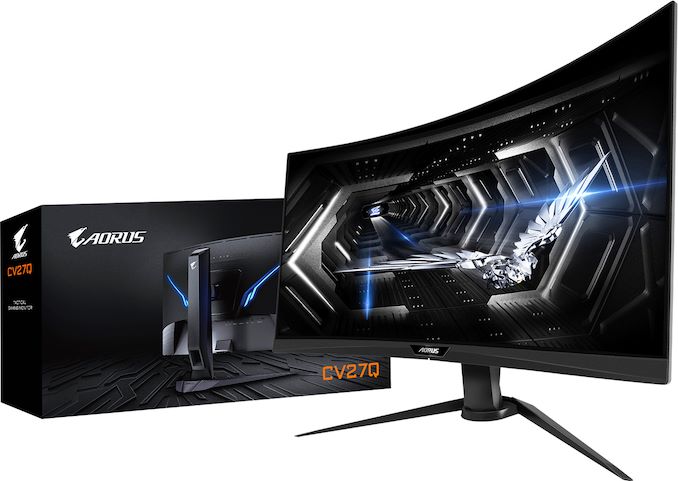 GIGABYTE has introduced a new display aimed at hardcore gamers, incorporating a multitude of capabilities aimed at the target audience. Dubbed the ‘Tactical Monitor’, the Aorus CV27Q is a QHD curved LCD that's able to run at up to 165Hz, and includes support for AMD’s FreeSync 2 refresh rate technology. The gaming-focused monitor also includes active noise canceling, GameAssist OSD functions, and RGB stripes that can be controlled using the company’s software.

As mentioned previously, the Aorus CV27Q is an AMD FreeSync 2-certified monitor, meaning that the display meets AMD's minimum requirements for HDR contrast ratios and color gamuts, as well as supporting direct-to-display tonemapping, and low framerate compensation (LFC) mode. Officially, the monitor is able to hit 90% of the DCI-P3 color gamut, and while it meets the requirements for HDR it only hits the minimum, with an HDR brightness of 400 nits (and matching DisplayHDR 400 certification). Judging from Gigabyte's specifications, it looks like this is an edge-lit monitor – Gigabyte doesn't list how many zones it has – which would be consistent with that performance level. As for FreeSync 2 range, the manufacturer says it is between 48 Hz and 165 Hz.

Meanwhile, GIGABYTE has informed us that they have also submitted the device to NVIDIA for G-Sync Compatible certification, so that the monitor's variable refresh modes can be used with GeForce cards. Whether this happens is ultimately up to NVIDIA – which is why GIGABYTE isn't advertising it as a feature quite yet – but as the company already has other monitors that have been certified by NVIDIA, GIGABYTE should have the expertice to pass certification here as well. 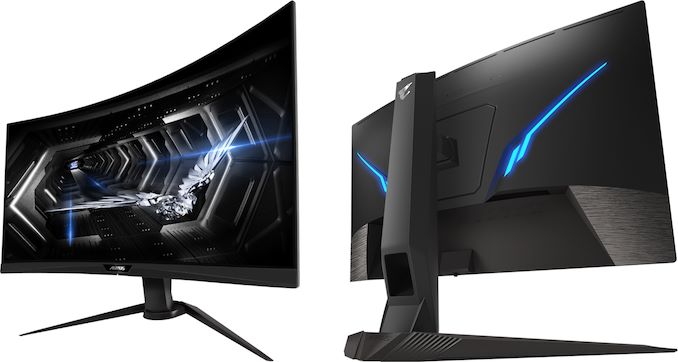 Moving on to gaming-specific features of the Aorus CV27Q, one of the capabilities that GIGABYTE is especially proud of is its 2nd Generation active noise canceling (ANC) technology. Here, ANC uses a special chip along with a dual mic setup to remove ambient noises from the background of the microphone feed. Meanwhile on the output side of matters, GIGABYTE claims that the monitor offers a 120 dB signal-to-noise-ratio (SNR), with the monitor able to support high impedance headphones up to 600 Ohm.

Another interesting capability is Black Stabilizer 2.0 that promises to improve details of dark parts of a scene without affecting other areas. This sounds vaguely like local dimming, however with an edge-lit monitor it's not clear that this monitor will have enough zones to use it effectively. Other features driven by the firmware include crosshair, aim stabilizer (which reduces motion blur in fast-paced scenes, though GIGABYTE does not disclose how it does it), timer & counter, as well as OSD Sidekick that allows to tune the monitor to a particular game or situation. 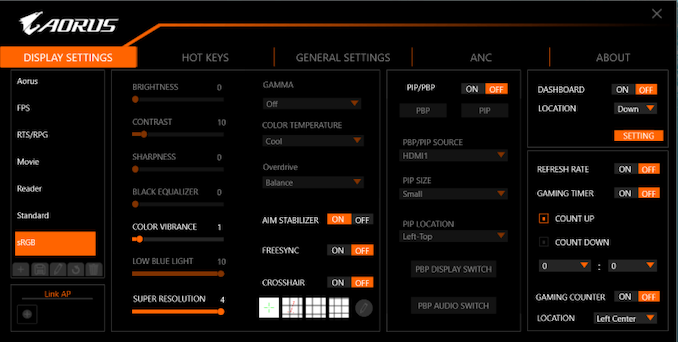 To connect the GIGABYTE Aorus CV27Q to PCs and consoles, the monitor has one DisplayPort 1.4 and two HDMI 2.0 connectors. Furthermore, the LCD has a dual-port USB 3.0 hub as well as as 3.5-mm audio jacks for headphones and a mic. As far as ergonomics is concerned, the display comes with a stand that can adjust height, tilt, and swivel.

Set to be available shortly, the GIGABYTE Aorus will cost $459.99, which is a tad higher when compared to other mid-range FreeSync 2 curved displays, but extra features tend to come at a premium.